The Super Falcons made Nigeria proud when they braved all odds to win the 2018 African Women Cup of Nations (AWCON) which held in Ghana. Success indeed has many friends and soon enough, good things started coming after them. First was the NFF gifting each player $10,000, and then Abdul Samad Rabiu, Chairman of BUA group gifting $68,000 to the entire team.

But the biggest splash was made by Multi-Billionaire, Aliko Dangote who gave the Nigeria women’s national football team $137,000 which translates to a whooping amount of 50 Million Naira.

The Super Falcons edged the resilient Banyana Banyana of South Africa 4-3 on penalties after a scoreless 120 minutes in the final. They thus lifted the top African women football diadem for the third successive time and ninth time overall. Congrats to them.

A thread about how Fr Mbaka tried to extort @PeterObi because of 2019 elections,expectedly Obi stood his ground and I'm very proud of him. Please if you are not Igbo get someone to translate it to you pic.twitter.com/KBcpz0DhDO

Fr. Mbaka went on to threaten Peter Obi’s political ambitions with doom, curiously withholding Obi’s blessing saying he would only release it after Obi had dropped something for the church’s bazaar.

“My brother and Governor, stand before all of us and tell what you want to do for God,” Fr Mbaka was seen telling Obi in the video.

Some people felt that Peter Obi stood his ground which is more reason he should be voted for.

What Father Mbaka did to Peter Obi at the alter of God and in God's name was disgraceful and should be condemned by all well meaning Christians. If this was what Christ stood for, I don't want to be a part of it anymore.

Seems Father Mbaka's prophecy are to the highest bidder! What correlation has Donations to Church with winning or losing an election? Peter Obi showed he knows the principles of the Bible more than Mbaka pic.twitter.com/TJ0XTBuSd9

Google has previously launched its first free WiFi initiative in Lagos and living up to its promise to expand to other parts of the country, it recently launched another one in Abuja.

This makes Abuja the second location after Lagos to get the Google Station service.  Nigerians were happy about the  innovation as a lot of them attended the event.

Google station is currently available in 6 locations and the tech giant expects the service to be available at over 200 locations in Nigeria by the second half of 2019.

Luka Modric isthe king of football in 2018. Having already picked up FIFA’s Best Award, the Croatia and Real Madrid midfielder was crowned winner of the 2018 Ballon d’Or.

But trust Messi fans to always spoil a good party as some of them took to social media to complain about how their boy (who wasn’t even nominated) and not Modric deserves to be World Best.

So I wrote it, someone had to…

Luka Modrić is a worthy winner of the Ballon d'Or, but Lionel Messi (who came fifth!) has been better in 2018 #BallonDor #BallonDor2018
https://t.co/GBfJDN9OhI pic.twitter.com/bJdSAbB0uO

“It’s a special feeling, it’s been a huge year for me,” he said while receiving the prestigious award.

Football is only but a game, sometimes it changes hand. A very big congratulations to him. 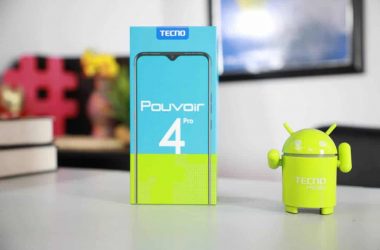 Top Reasons to Upgrade to the New TECNO Pouvoir 4 Series

The Pouvoir series is one of TECNO’s famous line of devices known for its outstanding battery life. The… 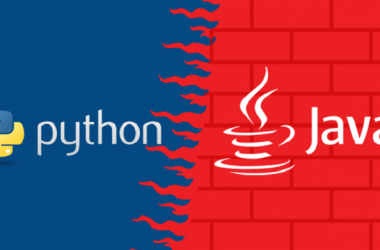 Python vs. Java: Which Programming Language is Better?

Selecting a suitable programming language between Python and Java can be a tough decision, especially for beginners. As… 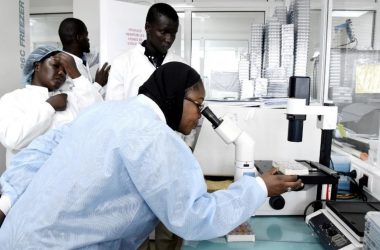