Another beautiful week has ended and we do hope it was exciting for you. While you try to rest from the week’s hustle, we bring you a quick summary of the events that happened during the week.

Unlike other visits by a Nigerian leading government official, Prof. Osinbajo was in the Valley headlining a number of tech events and courting new investments in Nigeria’s evolving tech and entertainment sectors.

Prof. Osinbajo wasn’t solely in California for tech; he also made a trip to Hollywood to promote Nigeria’s Nollywood industry. According to his media aide, Laolu Akande, the Vice President held meetings with some American entertainment companies. Executives from entertainment powerhouses like Fox, Disney, Warner Bros, and Universal Studios also took part in the meeting. 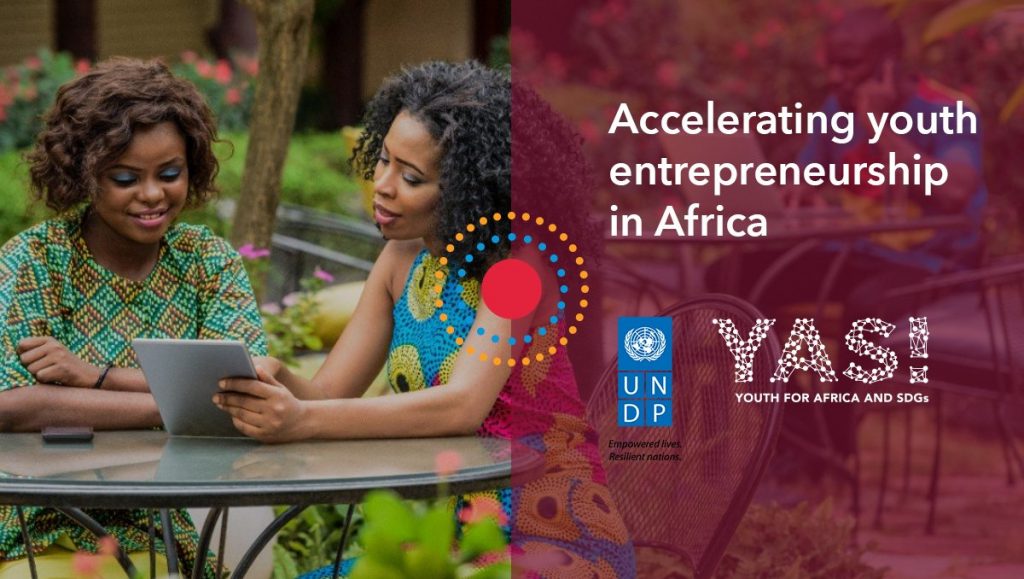 The SDGs are directed toward ending poverty, protecting the planet and ensuring that people everywhere enjoy peace and prosperity.

One key objective of the plan is to provide help to young African entrepreneurs for issues like business plan development. YAS! also aims to act as support human capital development by serving as a matchmaking support system.

The YAS! platform will be implemented on two levels. First, it serves as a listing for startups and entrepreneurs. And second, to serve as a hub for private sector donors, investors or incubators seeking startups or looking to support innovators.

Founders of Flutterwave, Paylater.ng and Others Complete Alibaba’s eFounders Fellowship in China 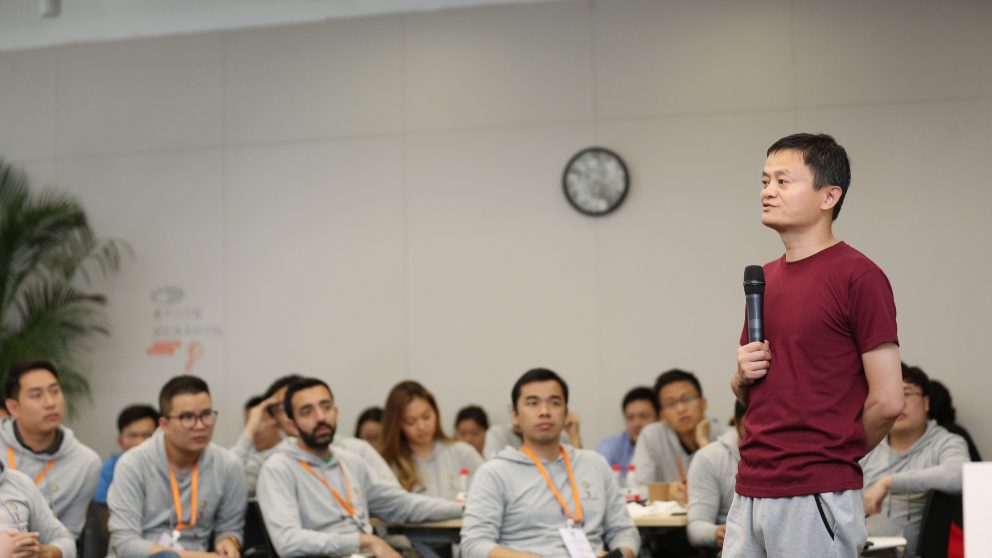 These startups were selected through a multi-stage process and their services cut across a number of industries including eCommerce, logistics, FinTech, tourism, and data analytics.

eFounders Fellowship was Founded by Jack Ma, founder of Chinese e-commerce giant, Alibaba. The Fellowship promises to train 1,000 entrepreneurs from various developing countries over the next five years.

Our #eFoundersFellowship with @AlibabaGroup continues to empower Africa’s young entrepreneurs not only to succeed in their own ventures, but also to help build a more inclusive digital economy back home. https://t.co/nctLmOXFfL pic.twitter.com/DokiCAMnNR

The two-week course is for entrepreneurs who operate platform-based businesses in the e-commerce, logistics, big data, and tourism industry. The course provides first-hand understanding of digital innovation, using Alibaba and China as a learning curve. 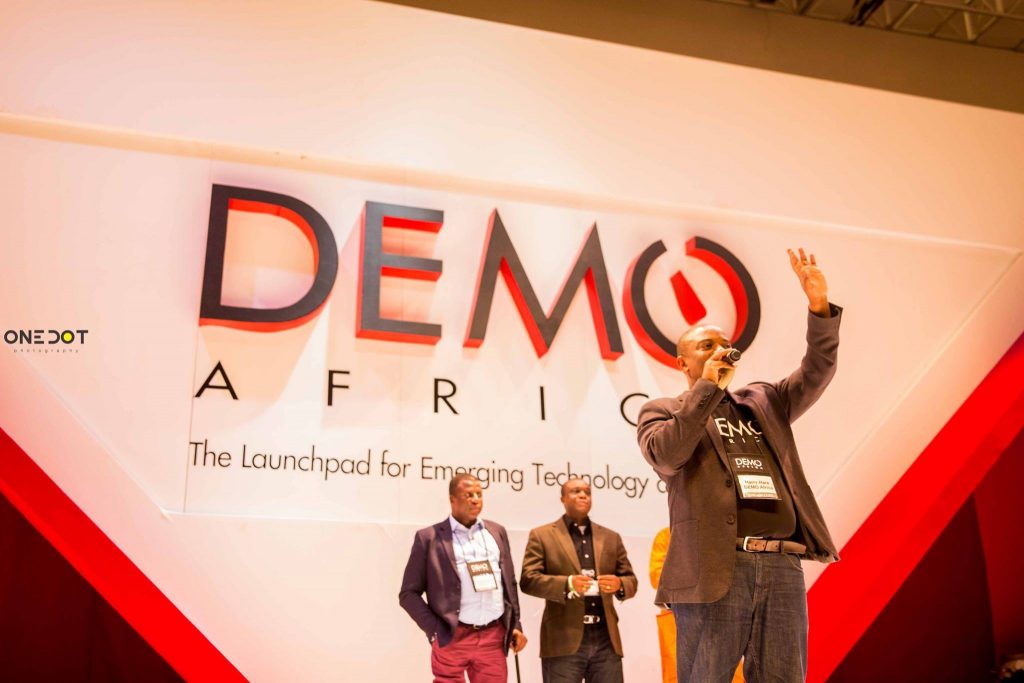 DEMO Africa’s founder, disclosed that his team was in talks with private equity firms, pension funds, development finance institutions and high net worth individuals about raising the fund. The fund aims to invest between US$250,000 and US$5 million in startups from African countries like Ghana, Nigeria, Kenya, South Africa, and Egypt.

#GoodNews: I am happy to announce you guys that #WeFlyAgri has been selected with two others great startups to represent Cote d'Ivoire in Morocco in October during Demo Africa. I am proud of my team, proud of its passion and dedication.#uav #drones #precisionfarming #agriculture pic.twitter.com/Cjfqnaq61t

Over the last 6 years, DEMO Africa events have been held in Nigeria, Kenya, South Africa, and now in Morocco. The launchpad supports startups with funding worth over $25,000 and supports them with software tools from Microsoft and Amazon.

DEMO Ventures looks set to take advantage of this prior experience and startup support network.

Congratulations Tania Ngima , on being named the new DEMO Ventures C.E.O. It is a well deserved post for the amazing strategist and finance specialist she is as DEMO Africa tries to realise a new age of innovation. #AfricanWomanRising pic.twitter.com/GVXiFcqGTv

The DEMO Ventures fund will be led by Tania Ngima, who brings in her over 15-years investing experience into the mix. “Tania has the unanimous support of our board of directors and strategic partners,” Hare concluded. 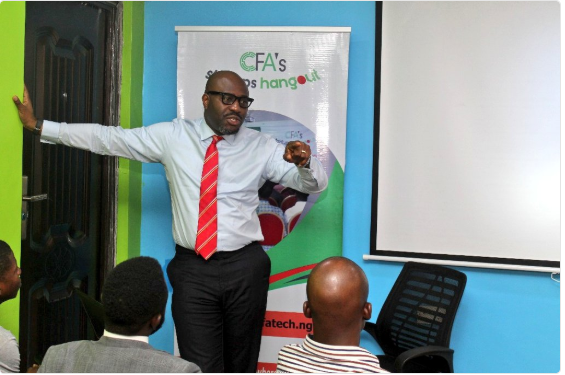 The July Edition of the CFA’s Startups Hangout featured an important personality in both the political and tech ecosystem –Obafela Bank-Olemoh, the current Special Adviser to the Lagos State Governor on Education and the driving force behind the code Lagos initiative. The presentation he made revolved around a particular sentence: “It’s not Easy, Think big, Start small, Scale fast.”

The event held in GRA-Ikeja, Lagos yesterday and experienced a huge turnout from entrepreneurs to representatives of startups in the tech ecosystem who shared innovative ideas and learned from an experienced administrator/entrepreneur, Mr Obafela Bank-Olemoh.

Sharing from his wealth of experience, his presentation captivated the hearts and minds of the attendees. One solid point he shared was that entrepreneurs must first believe in their dreams to excel and give their best to actualizing these dreams, even if it means cutting off some lifestyle habits and engaging in some others.

Indeed, the  July Edition of the CFA’s Startups Hangout really lived up to expectations as the entrepreneurs were fed with priceless nuggets on how to run their businesses, endure through the trying times, and come out successful.

Kudos to the CFAtech team for such an eventful hangout!

That is it on our weekly roundup and we do hope you enjoyed it.