Anderson Ozakpo
1
0
0
A man walks up the stairs at the Apple Store in Grand Central Station February 25, 2016. Apple has been in a legal fight with the government in the San Bernardino case, where the FBI wants the company to help hacking the iPhone of Syed Farook, a US citizen, who gunned down 14 people with his Pakistani wife Tashfeen Malik in the California city in December. / AFP / Timothy A. CLARY (Photo credit should read TIMOTHY A. CLARY/AFP/Getty Images)
Total
1
Shares
1
0
0

Global handset profits grew by 4% in Q2 (April-June) 2018 primarily due to Chinese brands, which are aggressively taking hold on the mobile phone market. However, Apple still remains the most profitable smartphone brand.

According to a report from Counterpoint Research, Chinese brands like OPPO, Vivo, Huawei, and Xiaomi are leading the relentless Chinese assault on the global smartphone industry, going so far as to threaten the grand masters of the industry –Samsung and Apple. Some of the innovations employed by these Chinese brands include tweaking their design language by adding new features, especially at a time when overall innovation within smartphones was already reaching its climax.

Over the last ten months, iPhone X alone generated more revenues than either Huawei or OPPO or vivo or Xiaomi did from their total smartphone sales for the same period.

With the new three models launching, Apple should be able to boost its ASPs, revenues & profits even further. pic.twitter.com/I1FtvJ8GC7

Could the decline in Apple’s profit share when compared with Q2 2017 raise concern and make them take a cue from the Chinese brands? Well, they are not the only ones who suffered a decline; their biggest rival, Samsung—the South Korean smartphone giant has had a stifling quarter as well, with poor sales of their flagship Galaxy S9 smartphone having a marked negative effect on their bottom line.

"@Apple was the most profitable brand in Q2 2018 with 62% market share followed by @SamsungMobile (17%) and Chinese brands: @HuaweiMobile, @oppo, @Vivo_India and @xiaomi." @karn_chauhan

From the Report Summary, Samsung’s loss is the Chinese smartphone industry’s gain. The four key players– Huawei, OPPO, Vivo and Xiaomi experienced a substantial increase in their overall industry profit share. Huawei’s global handset profit share now stands at 8% in Q2 2018, up from nearly 4% in Q2 2017, over 107% YoY increase.

The leading factor that is driving growth for these Chinese OEMs (Original Equipment Manufacturer) is that these brands are gradually entering new price tiers in the premium segment by improving their products features and quality. Mid-range and premium market segments typically enjoy much more generous profit margins compared to the low-end segment.

One may wonder how these companies are convincing customers to move away from popular premium brands such as Samsung and Apple and embrace the Chinese uprising, the simple answer is creativity and innovation.

What does the future have in store for Samsung and Apple as it is increasingly likely that the future of the smartphone industry may well be dominated by Chinese brands? 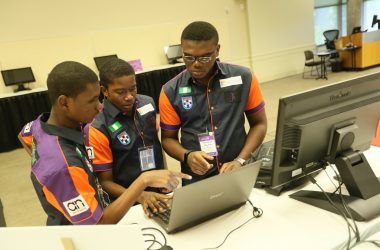 The founder of CWG Plc, Austin Okere will be speaking today at the September 2017 edition of CFA’s… 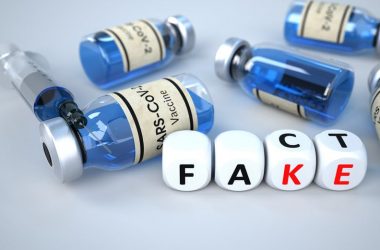 Things are gradually returning to normal as the number of covid-19 cases continues to fall. Although it may…