Global smartphone sales fell for the first time in 14 years according to a research firm, Gartner. Recent statistics indicate that in Q4 2017, 407 million units of smartphones were sold globally. That represents a 5.6 drop in compared to that of the same quarter in 2016. This is the first time smartphone sales would drop since 2004 when Gartner started tracking it.

On the African continent too, data reveals that smartphone sales have been falling. And more interesting, feature phones have taken a greater share of the African market.

Feature phones are mobile phones that incorporate features such as the ability to access the internet and store and play music but lack the advanced functionalities of a smartphone. These devices were the king a few years ago.

And interestingly too, Samsung lost the title of “biggest smartphone maker” on the continent to Transsion Holdings. Transsion is the manufacturer of brands like Tecno, Infinix and Itel, all of which are hugely popular on the continent. Putting it together, these three brands give Transsion a market share of 28% in 2017, up from 17% in 2016. Meanwhile, Samsung witnessed a slight decline; its market share dropped 27% from 29% in 2016.

That’s some pretty impressive gain for Transsion, whose low-end devices helped to make the Android OS hugely popular in Africa.

But the real bone of contention is the decline in smartphone sales. and why they are losing to feature phones!

10 years ago, feature phones sold for roughly the same price as a lot of low-level smartphones today. Yet they didn’t offer much. FM Radio, MP3 player, average camera, lots of apps and games though, but low computing power, are pretty much all they offered. So when android came out it was pretty clear that they were done for but that has not happened.

Why is the smartphone market share reducing in recent times? What is keeping feature phones strong on the continent? Why are people not rapidly upgrading to smartphones from feature phones?

We looked into this, and we discovered three pretty interesting things.

Economic Challenges on the Continent Has Affected Purchasing Power: The economy of African countries have been unstable in the last few years. Most African economies are commodity exports, but with falling prices of commodities such as Oil and other commodities, it is not surprising that quite a lot of Africans have steered clear of buying smartphones as a way of reducing excesses.

A scarcity of “Ultra-Low-Cost” Smartphones Makes People Stick With Their Feature Phones: According to Gartner research director, Anshul Gupta, another reason upgrades from feature phone have been slow is due to the scarcity of “ultra-low-cost” smartphones. What this means is that people do actually want to move to smartphones, but they have not found a smartphone that is both powerful and cheap.

And that is understandable. During the first years of Android on the African continent, most “low-end devices” had impressive specs, and they were quite affordable too. Tecno for one released a lot of Android devices that delighted people.

But all that has disappeared. Companies have since begun releasing “high end” devices; devices that they hope would allow them to compete somewhat with big names like Samsung and Apple’s iPhone. For instance, in 2016, Tecno launched its flagship device, Tecno Phantom 6. It came with a high-end version, Phantom 6 Plus. With Tecno Phantom 6 was selling for N88,000 and 6 Plus selling for N130,000, the price difference was jeering!

As a result, low-end devices have received less priority and seemed to have fallen out of favour in the market somewhat. Transsion, the biggest smartphone maker on the continent, rarely releases “ultra-cheap-devices” anymore. It instead releases lower versions of it its high-end devices, neither of which are affordable compared to previous times.

Meanwhile, feature phones have not been that bad. They are not as great as they use to though, during the hay days of J2ME. But some are capable of running few important apps. Whatsapp, for instance, is hugely popular, and some Nokia, Tecno, and Itel feature phones have been capable of running it. So according to Gupta, people see them as good enough to stick with till they get money to upgrade.

New Smartphones Come With Much Glitters, But No Gold: This is another important reason for the slump in African smartphone sales recently.

Smartphones produced these days are not as feature rich as people would expect. They bear too much resemblance with older models, and even the supposed new features are not worth the upgrade. And this issue has been felt by Apple with its iPhone X, and more recently by Samsung with its recently launched Galaxy 9 devices.

With tighter economic constraints and expensive phones, it is going to take a lot more for tech companies to convince customers to upgrade. 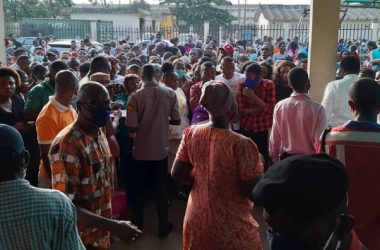 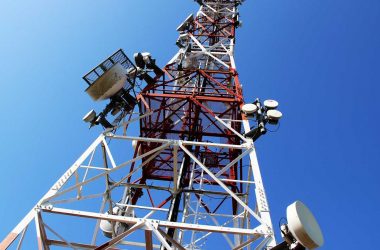 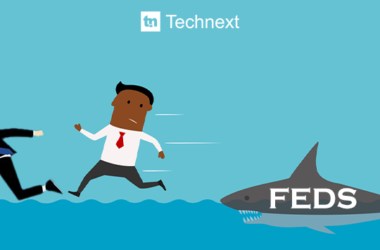 FG goes after loan sharks, granting the wish of stakeholders in the tech space