The gaming industry is a multibillion-dollar industry and thanks to new innovations in other domains like computing and augmented reality, that valuation will keep going up. Silas Adekunle is one individual helping to chart a new course for the gaming industry. But unlike others, Adekunle has found a whole new way to turn robots into gaming spectacles with augmented reality.

Silas Adekunle is CEO of UK-based Reach Robotics. The company, led by Adekunle, developed MekaMon, the world’s first gaming robot. TechCrunch calls it the “most fun and accessible robot on the market”.

They said it… not us! 'Put This AR Enabled Battle Robot on Your Christmas Wishlist Now' https://t.co/7WsKcEyzEV

MekaMon is an interesting four-legged spider-like robot that is controlled with just a smartphone app. The app also augmented reality gaming features that turn that harmless looking robot into a gun slinging beast. And since augmented reality mixes digital animations with the real world, MekaMon packs a whole new level of excitement for players.

The robot and its accompanying AR technology work so good that Apple decided to work with the novice company in 2017. And right now, MekaMon is available in all Apple Stores in the UK and the US.

"We're building #games that have simple, but deep, mechanics, with strong, stylised aesthetics" The MekaMon Games Team create new and exciting experiences for fighting robot around the world – find out more about their #gamedev process here! #VideoGamesDay https://t.co/pcxOqSkY4e pic.twitter.com/FwDiXUheDV

And according to some reports, this partnership with Apple makes Adekunle the world’s highest-paid robotics engineer.

Who is Silas Adekunle?

Adekunle is a 26-year old Nigerian who is based in the UK. He was actually even born in Nigeria and lived here with his parents until he was 11 when they moved.

In the UK, Adekunle got his first foray into technology and robotics. “I had to pick things up very very fast since, before that age, I’d never used a computer before”, he told reporters.

He got his technology breakthrough when he went to school at the University of West England. He delved into programming with C++ and began to understand robotics deeply. Interestingly, Adekunle graduated with First Class from the university.

Adekunle developed an early prototype of MekaMon back in the university. He called it “Mecha Monster” and pitched it to several organisations at the time.

Join the Reach Robotics founding team as they share their insights on the Reach journey so far and our vision for the future of entertainment! https://t.co/KPv4yrQ4Hc pic.twitter.com/nDTTqIsfqe

In 2013, he founded Reach Robotics. Not long after, he met Chris Beck and John Rees, who were already robotics experts. They joined the company as founders, helping it to make MekaMon more robust.

And in 2015, Reach Robotics was accepted into the Qualcomm Robotics Accelerator in the US. The tech hub is supported by TechStars and Qualcomm, one of the world’s largest companies.

By 2017, Adekunle had released the current model of the MekaMon gaming robot. After being introduced by an Apple investor, Adekunle pitched MekaMon to a senior Apple Executive in March 2017.

Resting the @ReachRobotics
Mekamon ready for my lightning talk at @emfcamp
stage B later this morning! Come find me after to have a drive 😀 pic.twitter.com/Wq1GtAlnHH

The result was the exclusive retail partnership with Apple. And according to CrunchBase, Reach Robotics has raised $7.8 million so far. Its last known round of funding $7.5 million, from eight investors in July 2017. 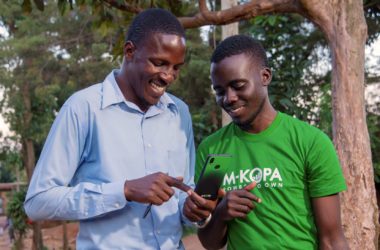 M-KOPA, a Kenyan company that provides asset financing services for the users has announced the raise of $75… 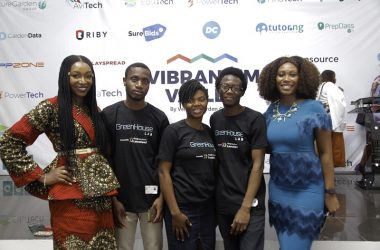 GreenHouse Capital, a Lagos-based venture capital (VC) firm, has announced 10 startups to take part in its 2019… 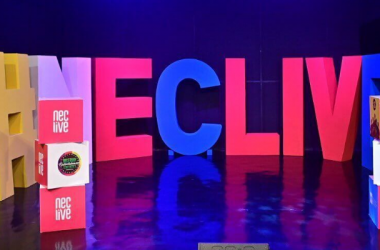