Whilst most of the male taxi drivers are, of course, safe, many women simply feel less vulnerable with a female driver. And to get more women, not just in their cabs, but also behind the wheel, came An-Nisa (an Arabic word in the 4th chapter of the Quran –meaning women).

An exciting taxi-hailing app called An-Nisa, has been launched in Nairobi, founded by Mehnaz Sarwar. The app aims to empower women cabbies which will be operated by female drivers and exclusively carry women and children. https://t.co/gv0k9IigsM

Serving female passengers and young children only, the service is designed to address women’s concerns about traveling with men they do not know, while also empowering them economically. Founded by serial entrepreneur, Mehnaz Sarwar, the idea sprung after she discovered that many women who used cabs in Nairobi struggled with the thought of jumping into vehicles with unknown men.

“I was always uncomfortable being in a car with someone I didn’t know, especially if it was a male. So I was always in search of a female driver. I realized that a lot of ladies are still in that position,” she said. 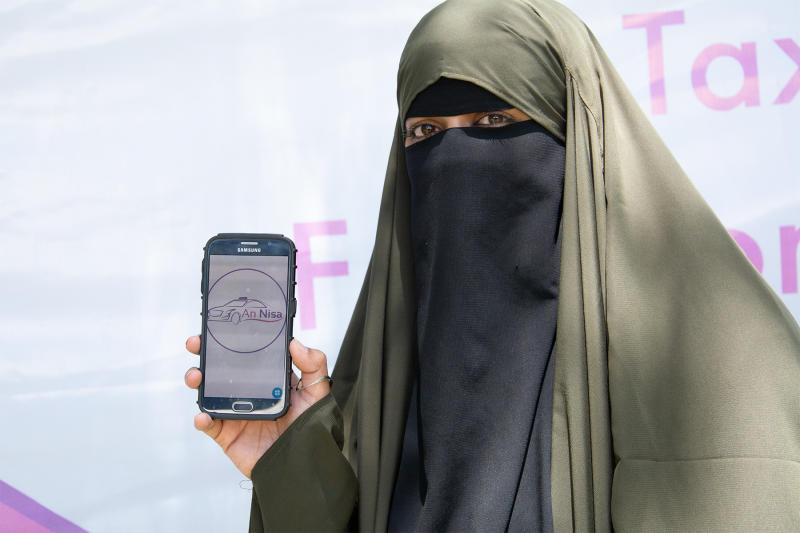 In the last three years, about a dozen online cab-hailing services have launched in Kenya to meet the needs of commuters, but in the estimated 12 000 drivers registered by online cab-hailing applications, only 3% are females. This is one of the things An-Nisa is planning to change.

Also, while the other cab-hailing companies take between 15 and 25 percent of the money drivers to make on their trips, An-Nisa only takes 10% commission, which is low when compared to others.

The app, which was launched on September 9th, 2018, has been running but not without a few technical challenges which the An-Nisa team is working to resolve.