TechNext Series: 2Go is One of Africa’s Best Success Stories. How Did it Do it?

Who doesn’t remember 2Go? Who can forget that craze about joining a social platform that felt like it had everybody in Nigeria as members? Or is it the craze of 2go stars? Numerous blogs created posts telling people how to increase their stars. It was that crazy.

I miss 2go and mxit. 10mbs was like heaven 🤔 i could use that for a week. Stay online for the night just to boost my 2go stars..

Let’s not forget the forums! Organised into different areas of interests, 2Go forums really did help people connect and meet new people as well as stalkers. It was quite a community, and at its peak 2Go reportedly generated as much traffic as Facebook in Nigeria.

As we’re entering this new month, let’s not forget that some people are still offline on 2go with notifications. 😂 pic.twitter.com/EUjyeaaCDk

However, when millennials talk about 2Go these days, it’s usually with nostalgia. And although 2Go is no longer as big as it once was, it has not really gone away. The app is still functioning even as most users have kinda moved on.

Why Did 2Go Flourish?

The dwindling popularity of the app begs the question–why and how did 2Go get so popular in Nigeria and Africa? These are interesting questions, and they could possibly answer the question about how any local startup can gain traction in Africa.

Like Facebook, 2Go was not originally developed as a social media platform. It was created in 2007 by a group of South African university students. It was designed as a website and allowed students to upload and share the timetables and lectures with each other.

Within 5 years, the platform grew quickly and transformed into the chatting platform it is now famous for. By 2012, the app had over 21 million registered users in Africa. It had more than 10 million active users in Nigeria, South Africa, and Kenya.

A few sticking points account for the success of 2go in Africa. And of course, I also took a swipe around what others thought about the platform and why they dropped. Here we go.

When 2Go was developed, the Android platform wasn’t in existence, and the iPhone was just newly-released. What was in vogue at the time, was the J2ME platform, also known as the feature phone. They had less power and supported even fewer features. But importantly, it supported the internet.

Yet, it was the most popular platform in Africa, and it remained so until 2012 when Android began to creep into the continent. The 2go application brought powerful instant messaging features unto the Java platform that even Facebook could not develop.

To those of you that got to ultimate level on 2go..I hope you all have discovered your ultimate💥 goals in life. 😂😂 pic.twitter.com/JlNwUSro13

Be Simple and Know Your Audience

This sounds vague, I know. But there’s no simpler way to classify it. When 2Go started, the Internet was not yet popular in Africa; it was still in its twilight on the continent.

Yet, Africans wanted to enjoy all the good things it brought. We loved chatting and signed for numerous chatting websites such as Hi5, MyYearBook, and even Mobiluck. We also enjoyed forums, and we enjoyed the discussions we got into there. But we weren’t big spenders. We couldn’t afford laptops or PCs or an iPhone. Neither could we afford the costly Internet data plans that existed at that time.

2go was a blessing and most of us don’t know it.😂 https://t.co/2wEiHjaPPp

2Go took notice of all these behaviours and constantly developed a platform that appealed to us and didn’t run us broke.

And although Facebook too wasn’t that hard to use back then, it had no good Java phone app. There were a few alternatives like SnapTu, eBuddy, among many others. But they didn’t quite offer measure up.

But with 2Go, everything was easy. At the time, it worked on “java phones and could be opened without stress… what more could a sec [secondary] student ask for,” says my co-worker Damilare. “Friends are also added without stress, had a lot of fun-filled chat rooms too.”

Let’s not forget the rating system that had users doing the craziest things just to up their levels.

2Go Appealed More to the Younger Generation of the Time

A third important factor in 2go’s growth was that it appealed to the younger generation. Although statistics do not exist to back this up, it was clear that the bulk of 2Go’s users were under 25. The app quickly went viral amongst millennials easily, thanks to the hype.

“I joined because it’s was a popular app everyone loves it”, says Odira, a former user. While another user, Nurudeen shared that the hype from his friends was what got him.

i just downloaded 2go back, i login in, could you believe some of my friends were online .. so people still use that app? #TrafficChief #trendsofnigeria

Thanks to these group of persons, who were at the time, new to the Internet and chatting when 2Go caught on. 2Go forums were created around their interest groups, such as universities, music, and sports.

2Go users loved the privacy features supported the app. In a country where social norms and prejudices restricted people from behaving the way they wanted, the internet provided a platform for them to escape and just run wild!

And 2Go certainly helped make this happen. “People love to be anonymous so they can display a side of them they have been hiding”, says Nurudeen, a former 2Go user.

What’s the first App you open immediately you unlock your phone?

So yes, 2Go is a homegrown social media platform. Thanks to a couple of factors, as detailed above, the platform caught on quickly. And at one point, it was as big as Facebook on the continent.

But like all good things, it had to decline eventually. But what caused its decline? That’s going to be topic of our next discussion on the Exclusive 2Go series here on Technext. 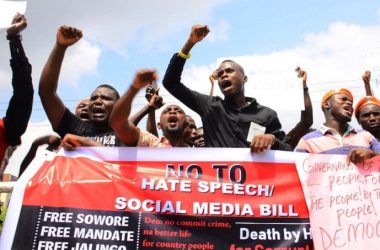 The Federal Government has increased the fine for Hate speech from N500 thousand to N5 million, in a… 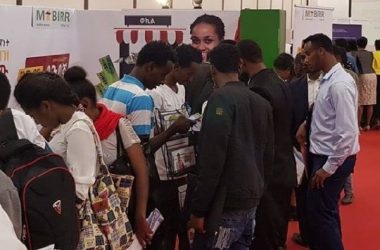 moves to consolidate pole position ahead of M-Pesa entry According to Ethio telecom, its new Telebirr mobile money… 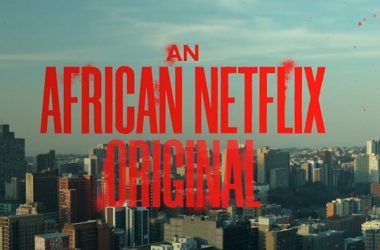