From Bundle to Abeg, Here are the Top 5 Nigerian Apps Released in 2020

In 2020, several apps were released in Nigeria to further underline the proliferation of digital technologies in Africa’s most populous country.

Due to the COVID-19 pandemic which rocked the year, individuals and businesses alike were driven to leverage mobile applications to facilitate day-to-day activities and explore alternative streams of income.

Working together with developers, startups in the country provided Nigerians with a variety of mobile app solutions spanning crypto, fintech, edtech, location-sharing, healthtech, gaming among others.

In this article, we bring you our top 5 Nigerian apps released this year. based on public reception, download volumes and user reviews.

Suggested read: From Remittances to Stablecoins, Here are 5 Trends that Defined Cryptocurrency in 2020

Developed by Microtraction boss, Yele Bademosi, Bundle was launched in April as a social payments app to ease peer to peer (P2P) financial transactions through cash and cryptos including Bitcoin, Ethereum, BNB and BUSD.

Only requiring a phone number, email and BVN, Bundle’s WhatsApp-like platform enables users to send cash or crypto to each other in a matter of minutes as well as withdraw/deposit crypto in their wallets using cards, mobile money and bank transfers.

Within three months, the Bundle app recorded over N1 billion ($2.5 million) in trading volume – a proof of the rising adoption of cryptos in Nigeria. Since its release, the app has gathered more than 100,000 downloads on Google Play Store and scores a 4.3/5 stars rating from up to 3,000 user reviews.

Previously available in only Nigeria, Bundle launched in Ghana in November.

Offering an impressive array of educational content, the app’s launch was especially timely for Nigerian students whose preparations for BECE, WAEC and JAMB exams were affected by the shutdown of schools nationwide following the spread of COVID-19 into the country.

Through the app, students are able to learn remotely and access live video lessons from expert tutors on subjects including Mathematics and English. Students can also take class tests and exams to measure their academic growth.

While not yet available on iOS, the uLesson app has been downloaded over 500,000 times since its release on Google Play Store. It is rated 4.3/5 stars from more than 5,000 user reviews.

Fintech app for P2P lending and borrowing, Abeg, went live in September. The app took social media by storm for its atypical model which “puts the fun in functional” for many people looking to request financial help from friends in a relaxed digital space.

Needing only an email address, BVN and phone number to register, the app allows users to easily ask for money from contacts without having to send bank account details.

With over 5,000 downloads on Google Play Store so far, Abeg app has continued to gain traction, especially among Nigerian youths. The iOS version of the Abeg app was recently released for iPhone users.

Released in January, emergency response app Aabo came to the fore during the #EndSARS campaign against police brutality in Nigeria which was triggered by viral video clips of SARS officers harassing tech-savvy youths across the country.

Amid rising tensions, it became imperative that people could quickly notify contacts of their location during incidents of police violence.

Upon adding emergency contacts, Aabo users can report cases of social injustice as well as fire or health emergencies via the platform. The app immediately shares the user’s location with contacts and dispatches the relevant response team for rescue.

Also available for iOS, Aabo has more than 1,000 downloads on Google Play Store and scores a perfect 5-star rating.

Remittances have become increasingly popular among Nigerians, who either want to send money to loved ones back home or get paid by foreign clients.

The cheaper rate ($0.13) and higher transaction volume ($2,500) offered by Flux have made it a viable go-to remittance app. Developed by crypto startup Blueloop, the app also provides a wallet feature for users to buy/sell and store cryptocurrency at an affordable 0.5% charge.

Since it went live in June, Flux has gathered more than 1,000 downloads and is rated 4.6/5 stars from reviews by up to 52 users.

That’s it for Technext’s top 5 Nigerian apps released in 2020. Do you agree with our list or think we left out some interesting apps? Let us know in the comment section. 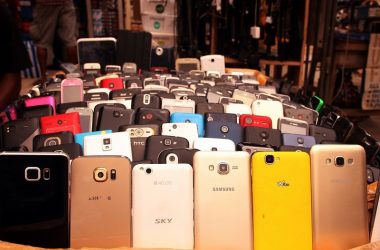 In demonstration of its responsiveness to global trends and the dynamics in the Information and Communications Technology ecosystem,… 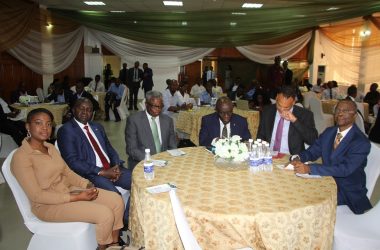 It’s a relatively new week loaded with a number of events you wouldn’t want to miss. We, at… 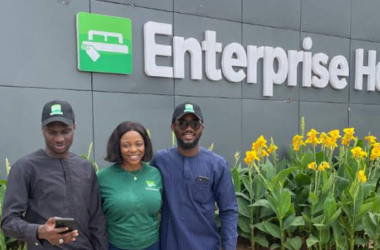