5 Digital Strategies Nigerians Have Employed in Sustaining the EndSARS Protest

The right to peaceful protest has always been a great force in instituting change in civil societies like Nigeria. From the Occupy Nigeria protest in 2012 to the Bring Back Our Girls, there is a long history of protest making a big change in the country.

Although most protests in the past have involved people being on the streets, the recent #EndSARS protest has shown that protesting online can also have a significant influence.

Following the hijack of the EndSARS protest on the streets and the resulting curfew, many Nigerians have engaged technology using online platforms to make their voice heard.

From social media to emails here are some ways Nigerians have continued their protest online.

Social Media is the most popular platform of digital protest and has played a major role in the success of the EndSARS campaign. The initial protest was sparked off on Twitter after a video of SARS brutality was posted and since then the protest has progressed to the streets and is now back online.

With more than 2.95 billion people on social media, the platform has become a major stage for protests in the Country. Example of successful protests on the platform includes the #BringBackOurGirls demands and  #NotTooYoungTooRun bill.

Blogging is all about telling stories or providing information to an audience. By writing a blog post, sharing your thoughts about the changes you are demanding or making an argument on a problem that needs to be solved, you can gather or convince people to support your cause.

There are around 4.75 billion people online. Your post may not reach all of those people, but whoever sees what you say may tell a friend or share it online.

For example, Tolu Ogunlesi, recently published a post on the ENDSARS protest that reached his about 10,000 followers on Medium. Similarly, Kemi Bateye also published an article giving an update on the protest and what next could be done to further the movement.

Email is a great way to pass information or share your opinion with people in a more direct and personal way. Several organisations and people have used the emails to check on people, share their opinion or show solidarity for the EndSARS protests.

While social media may help share your message with people, email provides the opportunity for you to be more direct and give actions that can help propagate the campaign.

The great thing about protesting via email is that there are templates available online for you to fill out and send in less than 2 mins.

For example, Brandest, a Nigerian branding company sent out newsletters advising Nigerians to rise up from the pain of the ENDSARS Protest and reposition themselves for change. Like Brandest, several other organisations like Globus Bank, First Bank and Cowrywise also transmitted email messages.

Hashtags alone have had a significant influence on the ENDSARS protest. Hashtags group information and posts together and provides them to anyone looking for answers.

The hashtag #EndSARS especially on Twitter went a long way in carrying the voices of protesters to the international community. In the first 3 days, #EndSARS was the No 1 trending topic on Twitter worldwide, amassing nearly 5 million tweets and more than 100 million engagements.

The trending hashtag drew many people to the movement including international celebrities, politicians and activists calling for justice.

Signing a petition online also makes a difference when protesting. Since the EndSARS protest began, there have been several petitions making the rounds. From the petition calling for an end of SARS to the more recent petitions to the International Criminal Court following the Lekki Tollgate Massacre.

For example, Diran Yesufu started this petition to the United Nations to sack Hussain Coomassie, UN ambassador for peace and social justice for making comments inciting the violence against protesters.

Other petitions include one to the International Criminal Court to investigate President Muhammadu Buhari and the Nigerian government on the Lekki Massacre and a similar one to the UK to Implement sanctions against the Nigerian Government and its officials.

Informative and vivid graphics depicting the EndSARS movement has helped significantly in sharing the message of the movement and adding more people.

Like a hashtag, a graphic will grab people’s attention and visually inform them about the topic of your post. If someone sees a graphic that demands change, they are more likely to read more as image engage people.

In summary, people are employing different ways to protest online, either by signing petitions or posting on social media, voices of many Nigerians are being spread across the internet.

Using the ways listed above you can easily spread your voice while staying safe at home either to avoid violence or COVID-19 infection. 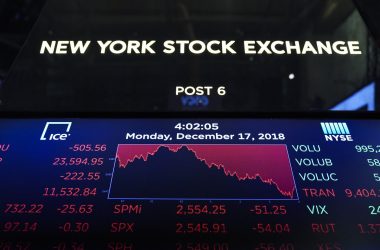 Trove Finance, an App that Helps Nigerians Invest in US Equities Secures Funding from Venture Platform

Hello guys! Hope you had a good week. As usual, we are here to catch you up on… 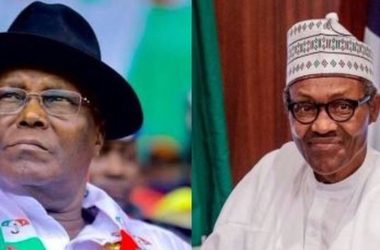 Just Google it! Google is the go-to site when you have got that burning question or information to…