Hi guys, welcome to the month of July. This week in the world of tech there were happy stories of fundraising, expansions as well as sour stories of shutdowns and bans among others.

Here is a quick roundup of some of the major stories you might have missed.

In the wake of George Floyd’s death at the hands of Minneapolis police officers and the subsequent worldwide protests, US President Donald Trump, in a Facebook post, suggested that protesters who incite violence be shot.

Following Facebook’s refusal to remove that post by Mr Trump, a #StopHateforProfit campaign was launched. With pressures mounting from the campaign, major advertisers like Coca-Cola, Unilever has over the last week either paused or completely halted their advertising with Facebook.

Reacting to the increasing advertiser’s boycott, Mark Zuckerberg announced new measures to fight voter suppression and misinformation. He said the company will begin to label “newsworthy” posts from politicians that break its rules on certain criteria such as hate speech or speech that espouses violence.

Although this new measure is a significant shift from the previous refusal to moderate political rhetoric, it may not be enough to placate the groups behind the campaign like the NAACP, Colour of Change and the Anti-Defamation League.

However, Facebook may need to reach a middle ground soon as advertising is its largest source of income, with the company making $17.4 billion in ad sales in the first three months of 2020.

India has banned TikTok and 58 other apps developed by Chinese firms over concerns that these apps were engaging in activities that threatened “national security and defence of India.

This is the first time that India, the world’s second-largest internet market has ordered a ban on so many foreign apps.

According to a local newspaper, the ban by India’s Ministry of Electronics and IT was sparked by many “representations from citizens regarding the security of data and breach of privacy impacting upon public order issues.”

The popular video platform, TikTok created by Chinese firm Bytedance is one of the most affected as India is its largest overseas market. Some of the other big apps affected by the ban include Community and Video Call apps from Xiaomi, UC Browser and UC News both from Alibaba Group.

Following the ban, Apple store and Google Playstore in India have blocked access to the apps.

Researchers from MIT have developed an autonomous UVC light-equipped robot to keep shared spaces free of the coronavirus and other pathogens.

MIT’s Computer Science and Artificial Intelligence Laboratory (CSAIL) teamed up with Ava Robotics to develop a robot that is capable of travelling through space while using Ultraviolet light to disinfect surfaces and neutralize aerosolized virus particles autonomously.

The deployed the prototype moves at a speed of about 0.22 miles per hour and covers about 4,000 square feet of the Greater Boston Food Bank (GBFB). The robot disinfected the warehouse in half an hour and neutralize approximately 90% of coronavirus particles on surfaces.

Tesla becomes the most valuable automaker in the world

Tesla has hit another financial milestone, surpassing Toyota to become the most valuable automaker in the world. This week, its shares rose significantly, bringing the company’s market cap to about $208 billion.

The company had earlier in January become the most valuable U.S. automaker ever when its market capitalization hit $81.39 billion.

Following the boom in online sales due to the pandemic, Amazon has benefited hugely with its share soaring. With much of Jeff Bezos’ wealth tied to Amazon, his net worth is now close to $172 billion hitting a new peak despite losing a quarter of his stake in the company in divorce settlements last year.

Jeff roughly owns 57 million shares of Amazon which represent about 12 per cent of the company.

Jeff has set a new record for the worlds richest person according to the Bloomberg Billionaires Index. Amazon is not the only company that has benefitted during the pandemic, Tesla Inc. shares also rose, adding a $25.8 billion fortune to its founder and CEO, Elon Musk. 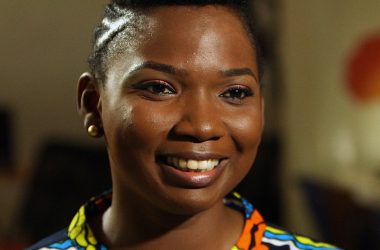 Meet Abisoye Ajayi-Akinfolarin, One of CNN’s Top 10 Heroes of the Year

Nigerian computer programmer, Ms. Abisoye Ajayi-Akinfolarin has been named one of CNN’s Top 10 Heroes of the Year for… 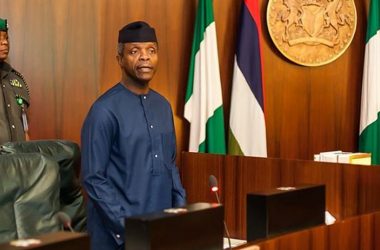 The Secretary to the Government of the Federation, Boss Mustafa has announced that the Federal Government will be opening… 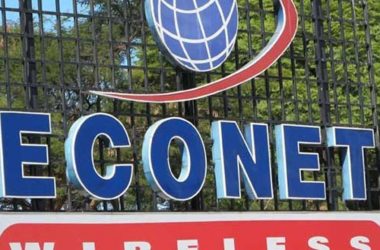 Voice of Consumers Zimbabwe (VOCZ), a consumer rights pressure group has criticised telco operators and the Postal and…