POS adoption continues to witness an uptick across Nigeria as statistics obtained from the Nigeria Interbank Settlement System (NIBSS) shows the volume of POS transactions crossed 89 million in Q1 2019. This is way higher than the 83.8 million transaction recorded in Q4 2018. 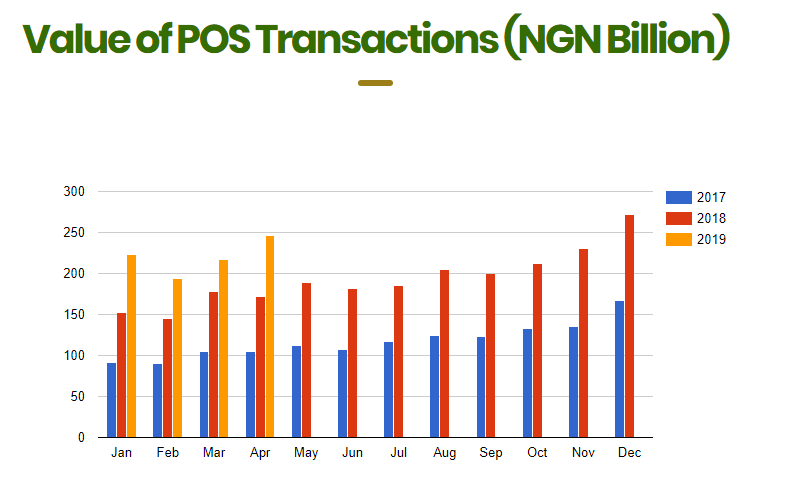 Similarly, unlike the previous quarter where transactions were consistently high for each month, Q1 2019 saw a steep drop in the month of February. In that month, both the value and volume of POS transactions dropped noticeably.

In February, the volume of POS transactions crashed from 28.2 million to 25.8 million. Meanwhile the value of transactions dropped to N193.426 billion, down from N222 billion in January.

These declines are not unsurprising though. In March, live POS data on the NIBSS website showed that there was a high rate of failed transactions on a daily basis between February and March. For instance on March 29, out of 340,653 POS transactions, 96,000 had failed. That represents an unhealthy 38.34% of all transactions. And these statistics were obtained before 1pm, implying that the failure rates could have been over 100,000 by the end of the day.

But other sources attribute the problem to a host of other issues in the banking sector. 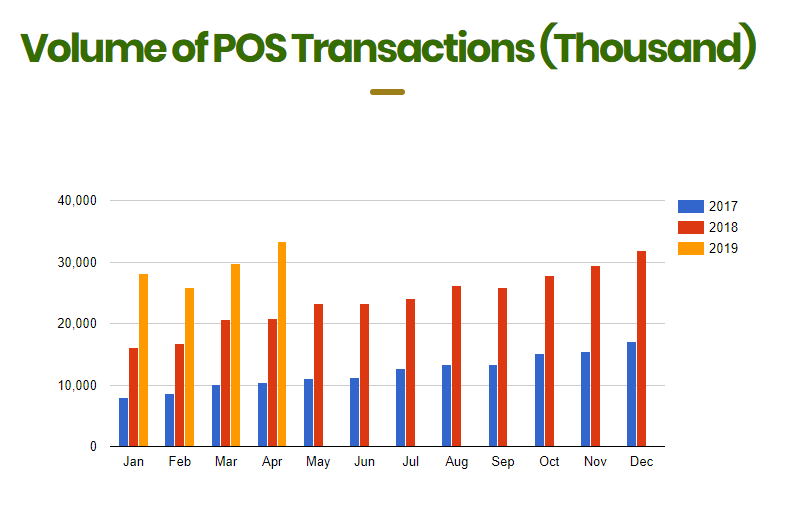 However, in March, the NIBSS announced that it had upgraded its systems to handle the failure rates.

“We are expecting that the figure will double in 2019 because we had half of 2018’s figure in 2017 and that was why we embarked on an upgrade of our systems,” said NIBSS Acting Managing Director, Niyi Ajao.

And judging by April POS statistics, it appears NIBSS has somewhat addressed the problem. Despite not being a peak month, the value of transactions grew to N246.097 billion in April 2018, the highest since December 2018. 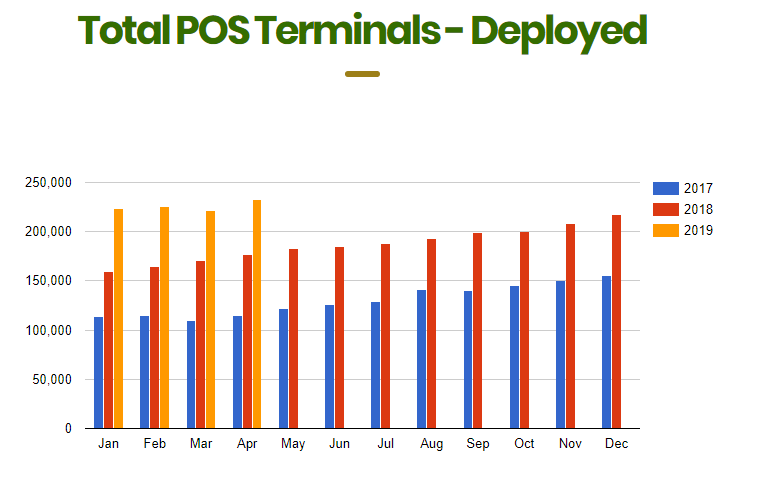 But more impressively, transaction volumes equally grew in April, rising to 33.4 million. That is the highest monthly transaction ever recorded by the POS industry.

Statistics also show that deployment of POS machines has reached new highs. This means people have access to more POS machines in more locations than before.

With these, expect POS transactions to reach even higher levels in Q2 2019. 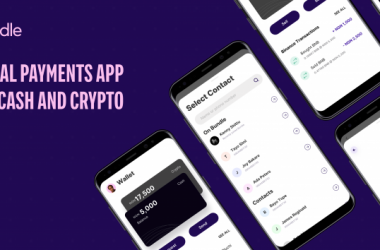 Bundle, Binance and Other Crypto Exchanges Suspend Naira Payments as they Adjust to CBN Ban

Social payments app for cash and cryptos, Bundle Africa has suspended Naira deposits following an order by the… 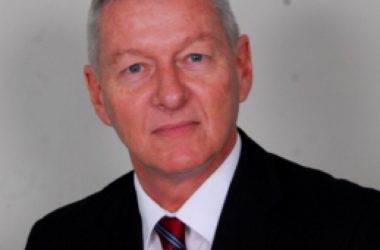 As Chams Plc prepares for the retirement of outgoing CEO Mr Olufemi Williams, a successor has been announced… 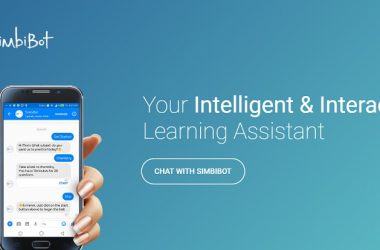 Simbi has been developed to assist students from Senior Secondary Class 1 to 3, students preparing for the West African Examination Council (WAEC) exams, alongside the UTME and post-UTME.