Taxify To Bolt: What do Users Think of the Sudden Rebranding of Nigeria’s Second Most Popular Ride-Hailing Company?

Idris Abubakar
1
0
0
As it stands, Bolt has over 60% of the market share volume of the ride-hailing market. This could be owing to a number of reasons.
Total
1
Shares
1
0
0

It’s been three weeks since Taxify rebranded as Bolt. But the company and, especially, its users, are still adapting to life under the new name.

The Estonian company announced the rebranding on March 7 as the number two ride hailing company in Nigeria aims to pursue a more integrated transport that includes not just ride hailing, but electric scooters.

But why the change from Taxify to Bolt? How’s that working out? And how did users react to the change?

Here’s what we found.

Unsurprisingly, majority of users found the name change odd. But then again, who wouldn’t? The change from Taxify, which sounded “taxi market friendly”, to Bolt definitely caught users unaware.

So the popular reaction from customers have been quite comical.

@Boltapp_ng thinks they can just change like that ni???

They should go and ask NEPA

TAXIFY i know…. Bolt, who art thou?

Y did taxify change their name to bolt tho?, which kin dead name be that😒

Arrives after 10 minutes for a 40 minutes normal drive.

Bolt Driver: At your service, sire.

Me: You're already here? Just now? You sure "U sane", Bolt? Because that was freaking fast. #TaxifyGoesBolt@Boltapp_ng pic.twitter.com/gJwAdChcYP

Bae mistakenly sees your questionable WhatsApp chat with another girl, gets angry, picks her phone and threatens to leave

"Let me order a bolt!" she exclaims

A minute later thunder starts striking outside your house

Taxify please take back your name 😭🙏

1. Bolt is a generic word that has been used and over used. It will take a huge marketing spend to get people to associate it with taxify and ridesharing.

2. I expect a drop in revenue and app usage. https://t.co/PWtQN0m3Yv

Bae mistakenly sees your questionable WhatsApp chat with another girl, gets angry, picks her phone and threatens to leave

"Let me order a bolt!" she exclaims

A minute later thunder starts striking outside your house

Taxify please take back your name 😭🙏

But the rebranding wasn’t all fun though. Many users who had negative experiences with Taxify raised valid questions. Over the last few years the company has operated in Nigeria, users have complained particularly of unsavory or bad practices by drivers under the platform. Users wanted to know if the name change would impact these issues and make them go away.

What’s your opinion on the idea that Taxify has rebranded to Bolt? #TaxifyGoesBolt

So Taxify is now called Bolt.
Hope this is more than just rebranding. You can't paint a delapidated building hoping to hide the cracks.

It's gonna need some work from the inside. No "cheap ride" can mask poor management & operations.

Taxify changed its name to Bolt. I hope its more than just a name change, because it's reputation wasn't good anymore.

Other users, some of them “paid influencers”, took out time to educate people on the rebranding.

Why the change of name?
The brand have outgrown the name, “Taxify” as it stands now, they do more than just taxi

So with Bolt they can carry out wonderful services and do more in solving transportation issues.

Regardless of how users are Reacting to it, Taxify rebranding to Bolt is poised to make the company stronger. However, there’s no guarantee that the issues raised by users will be addressed solely on the strength of a name change. Going forward though, we’ll monitor the progress achieved and keep updating our readers with latest information.

This month’s edition of the CFA’s Startups Hangout will be featuring John Tani Obaro, the Managing Director, SystemsPecs…

As Interest Wanes, Wikipedia to Drop Its Free Access Program in 2018

The Wikimedia Foundation has announced that free access to Wikipedia will end in 2018, which was part of the its… 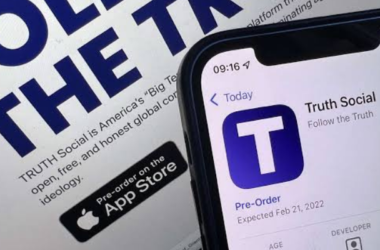 TGIF! Which means leaving work behind and enjoying the weekend for most of us. It’s that time of…