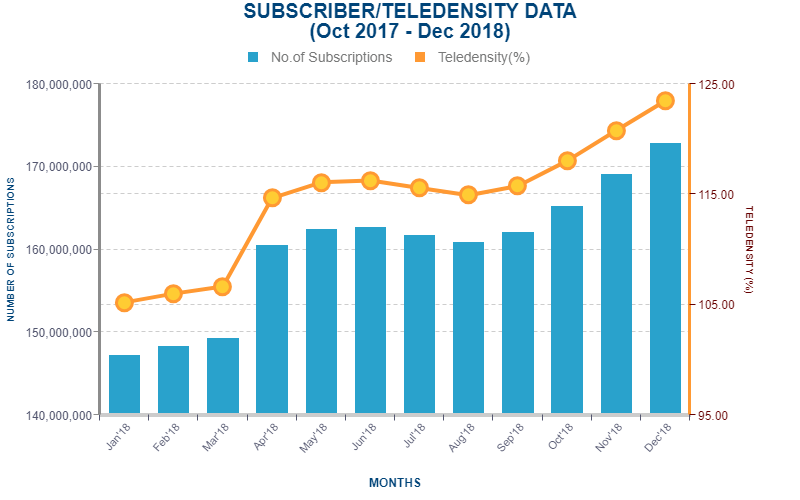 Importantly also, at the start of the year, the industry was in a pretty dicey position. The dual shocks caused by the MTN N1 trillion fine and the subsequent Etisalat exit from Nigeria brought a lot of speculation about the growth of the industry in 2018.

It’s reassuring for everyone to see such an impressive turnaround over such a short period. However, as usual, there was no explanation for the growth.

Moving on though, the December report also shows some notable growth among telecom networks. Importantly, 9Mobile, the sick man of the industry, posted its first subscriber growth since August 2016. 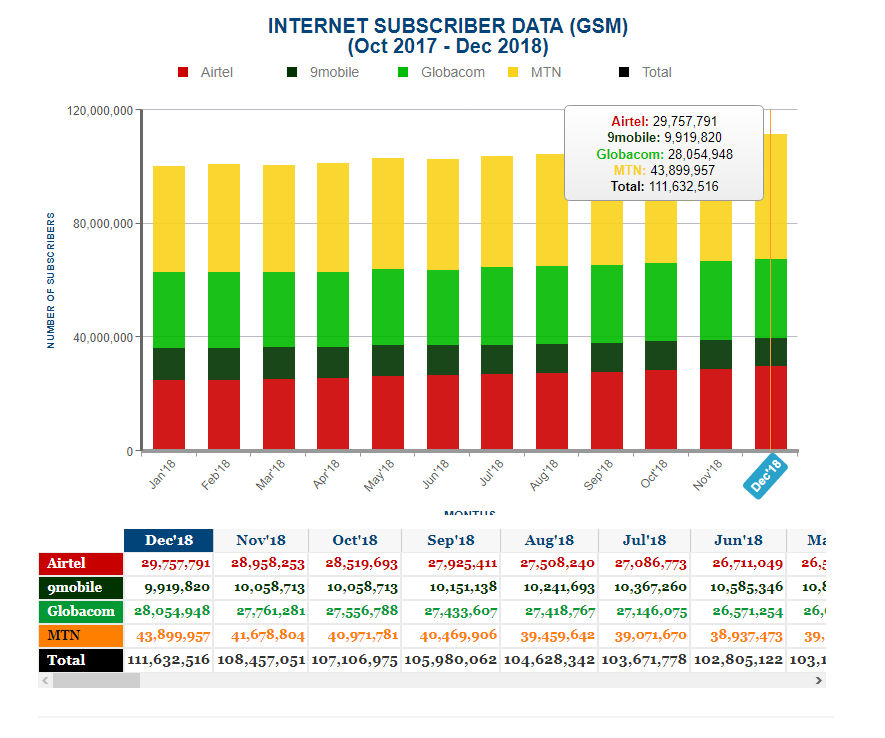 Back then the telco was still a reputable player, holding down third place with an enviable 22,599,670 subscribers. But it has since fallen to just 15,917,015 subscribers. Yet it is a slight improvement from 15,361,571 stagnant figure it held in October and November 2018.

Similarly, internet subscribers have continued to grow and in December, they now stand at 111.6 million, up from 108.5 million in November 2018.