3G and 4G broadband adoption in Nigeria is growing at an impressive pace. According to NCC statistics for November 2018, the number of 3G and 4G subscribers grew by over 10 million between August and November 2018. Total number of broadband subscribers now stands at 58,965,478 compared to 48,846,249 recorded in August.

This data explains the rationale behind the slow push by the country’s leading telecom companies to introduce 5G broadband. Last year, MTN said it aims to push 3G and 4G adoption to a significant level before introducing 5G technology. 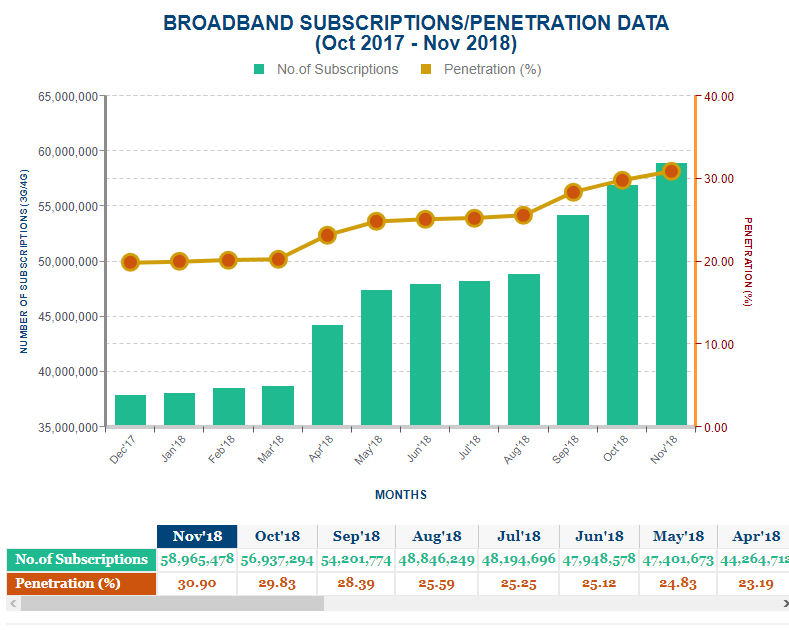 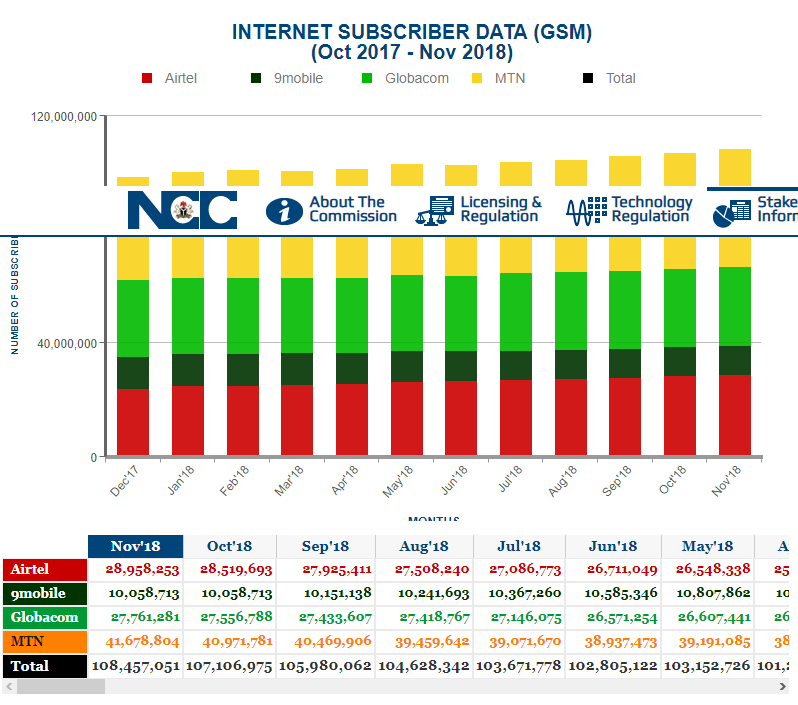 Despite losing thousands of customers, 9Mobile still manages to grab new customers from other telecoms as it recorded the highest number of porting customers. Over 12,000 users ported to the telco between August and November. That’s way higher than the network with second highest porting activity, MTN. MTN recorded around 9,000 incoming users.

However, most telecos witnessed a lot of outgoing porting activities. MTN witnessed the most outgoing subscribers, with over 7,000 subscribers leaving the telco. 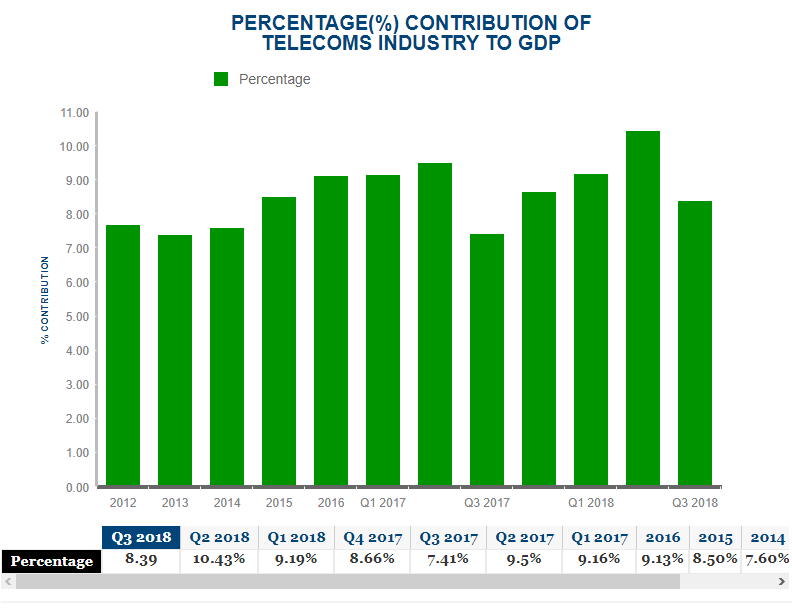 It’s also a clear indication that all may not be well with the industry. The telecom sector has witnessed strong quarterly growths for the last six years. It has only witnessed drop quarter-on-quarter once in the last seven quarters. That drop was in Q3 2017, during the hayday of the Etisalat/9Mobile crisis and transition.

But the drop is not surprising this time though. With Nigeria’s biggest Telco, MTN, enduring a turbulent Q3 with huge fines, the drop was bound to occur.