KingsChat is awesome, it's a great app for Christians to communicate on
I downloaded it from here, you should totally try it out https://t.co/LTdgQh2gul
Spoke with some really inspiring people on it

KingsChat is an all in one social media platform modeled like Facebook and available on multiple platforms. Shocker, the app is owned by Christ Embassy, one of Nigeria’s largest churches. Surprised? Don’t be.

Apparently, Pastor Chris Oyakhilome, founder of Christ Embassy, is reportedly a keen follower of tech. According to a church blog, Pastor Chris aims to use technology to keep the “Evangelical church fresh, young, new” and savvy to the millennial generation.

You will do well. The Holy Spirit will open doors and opportunities. Ask Him – then thank Him! Thanks for sharing about KingsChat. First I've heard of it. Will try to check it out tomorrow. Grace and peace, sister.

There's an app called KingsChat that I think you'd appreciate using. There are many Christians who prefer to use it to Twitter because of the Christian environment it provides. You ever hear of it?

The Bible calls it "the mystery of lawlessness". Most of these folks don't even know why they say and do the things they do on SM. There is a force causing them to think and act in a certain way. But thank God for SM platforms like #Kingschat which is the Holy Spirit's response. https://t.co/eQzGdAI47D

I used the app briefly and admired how easy it was. Everything about it felt quite familiar (probably because it feels like Facebook) and understandable. Plus, the entire workflow was quite fluid.

And unlike previous social media experiments in Nigeria, the app doesn’t make use of coins for certain in-app activities. 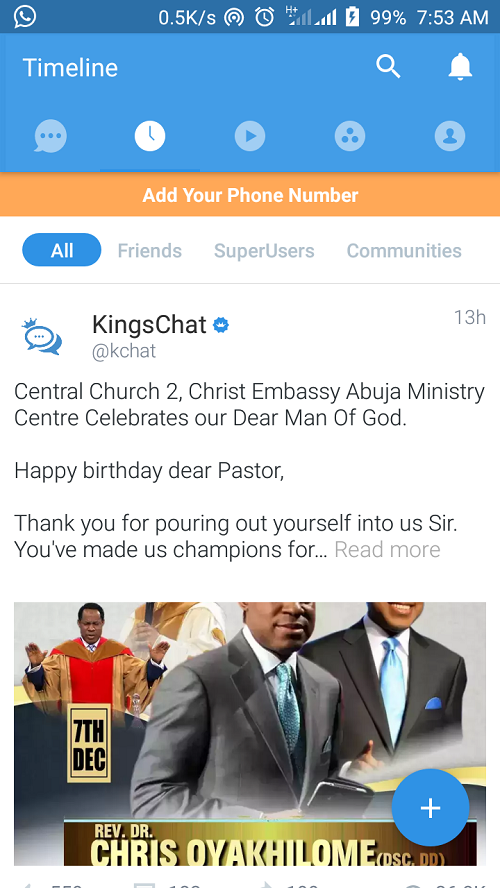 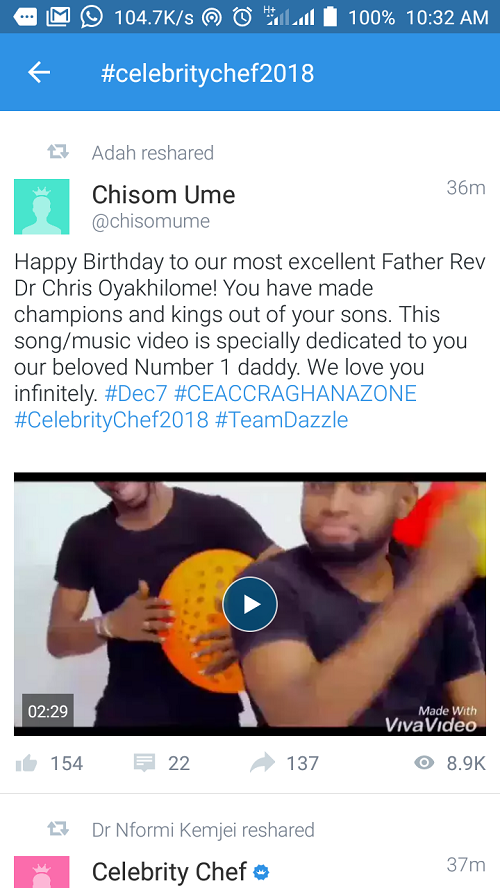 Christ Embassy launched KingsChat about four years ago. But in less than two years, the app received over 100,000 downloads on Google Play Store alone!

It is now one of the biggest Nigerian apps on both Google Play Store and Apple iTunes Store!

KingsChat has gotten over 500,000 installs on Android, Google stats show. According to Adegoke Olubusi, co-founder of Helium Health and also a co-founder of KingsChat, over 2 million users have signed up on the platform so far. He also claims the app grew 100% over the last 12 months.

See this? This is an Africa tech story worth telling https://t.co/qyvPuFESJw

But it’s super awkward that the app has been on a lowkey and is rarely talked about. Apparently, many people have no idea the app exists and even tech blogs never talked about it. Yet it’s going strong, and that growth doesn’t seem like it’ll abate anytime soon as Christian users have truly found a place they can call their own.