Zoto Used to Have 1 Million Users, Now the App is Dead!

Who hasn’t heard of the Zoto app? Zoto is an app that makes it easy for people to make airtime recharges for all major mobile telecom networks in Nigeria. Promising free airtime, Zoto used to be huge in Nigeria some years back.

But what happened to the app? It still exists, but why has it stopped gaining traction? How did it rise so quickly, and why do users no longer seem interested in exploring the app anymore?

@oikazoboh , so I just figured out you are a co-founder of the startup @myzoto .
So what is really happening with them at the moment.
They just seem to disappear without a trace or prewarning.
An answer would be appreciated.
Thanks.

Let’s get to it. But first, a primer into how Zoto works and why it rose.

What is Zoto and what Made it Popular?

Reigning during the same period as the popular Mavrodi Mundial Moneybox (MMM) Ponzi scheme and cheaper Android devices, Zoto took the Nigerian market by storm. Although it claimed to be an easier way for people to make recharges and pay utility bills, the app was not exactly unique. QuickTeller and several banking apps already had this option long before Zoto came along. And even Zoto recharges were done using bank details. 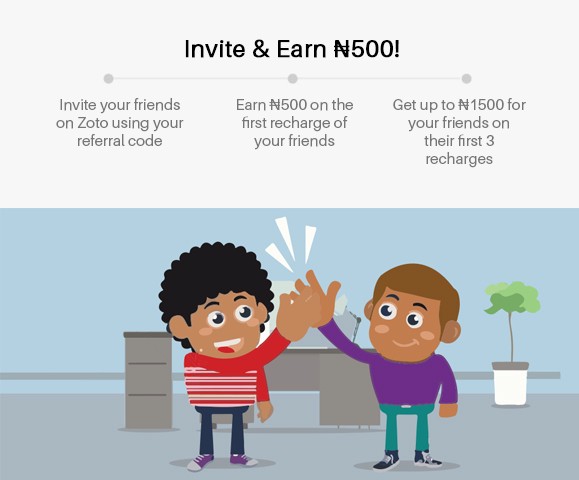 However, Zoto offered something others couldn’t: free airtime recharges. With the mobile app, users could get as much as 50% back while recharging and the cashback can be used for future transactions. Who wouldn’t like to get free recharges? Especially in the MMM era, when freebies were rife! But a 50% recharge bonus was not the only catch the app had.

Zoto also had an interesting referral system that really got people hooked! With referral codes, users could as much as N40,000 when they get other people to join the app. Invariably, that’s N500 for every user referred. So users only need bring in 60 new users to enjoy the bonus. Let’s not forget, this was the era of MMM when multilayered marketing reigned and evidence of its returns was seemingly glaring. Who wouldn’t want this?!

Additionally, to make it easy for frequent buyers, the app provided two conveniences for users. First, it allowed users to save their bank details and avoid the stress of repeatedly inputting ATM card details when making a transaction. And second, users could save money into their Zoto Wallets.

By April 2017, Zoto claimed it had attained a million users. That claim could not be substantiated, but it did have over 500,000 downloads on the PlayStore.

So if it was so successful, why has the app declined so much?

Why is Zoto Dying?

Although some sources say Zoto shutdown yesterday, the app has however not officially kicked the bucket yet. Nevertheless, its death won’t be surprising. And here are a few reasons why.

No More Promo: Now it’s not clear when, but Zoto stopped giving out its usual promos and freebies. And many users have complained that they’ve never been able to use the coupons they got on the app.

“You keep sending coupons to my mail but not once have I ever been able to apply them,” says Faith Fatoba on Google Play Store.

Ayodeji Oludiya says “since have [sic] been using this app, I’ve not been given any cashback. All their cashback promise is false.”

“This app was dope at first until you started reducing your bonuses drastically,” says Kingsley Katsi. “Now it’s getting worse by the day. Sometimes, nothing at all is given. I no longer enjoy it like before.”

Ponzi-Trauma: Although it survived the aftermath of the Ponzi era, the euphoria of getting people to signup is long dead as many people are now skeptical of “freebies”.

“It used to be ‘a good application for topping up airtime and data’ UNTIL the developers decided to SCAM the users”, says Tonyson MacAnthony. “I am lucky that it is only #4000 that got stuck. Cos [sic] I was using it for many transactions, and use to credit my wallet with 20k-30k.”

Service Quality has Waned: Since last year too, Zoto has suffered many challenges to its service. Users have constantly complained about several disruptions and anomalies.

Zoto hasn’t been Functional Since May: The most important issue that brings Zoto to the brink of collapse is that since its recent update, the app has become non-functional. Users can no longer make transactions or transfer money they have trapped in the app.

“The app used to be good until recently. For months now it has been down with no explanation from the management. My pain is the money lodged in the wallet that I can’t use,” says David Agboola.