According to the latest industry statistics released by the Nigerian Communications Commission (NCC) in its monthly Subscribers Operator Data for April 2018, the teledensity (number of active telephone lines) in Nigeria rose from 149,293,870 million lines in March to 160,524,590 in April, indicating an increase of about 8% (11,230,720 million). 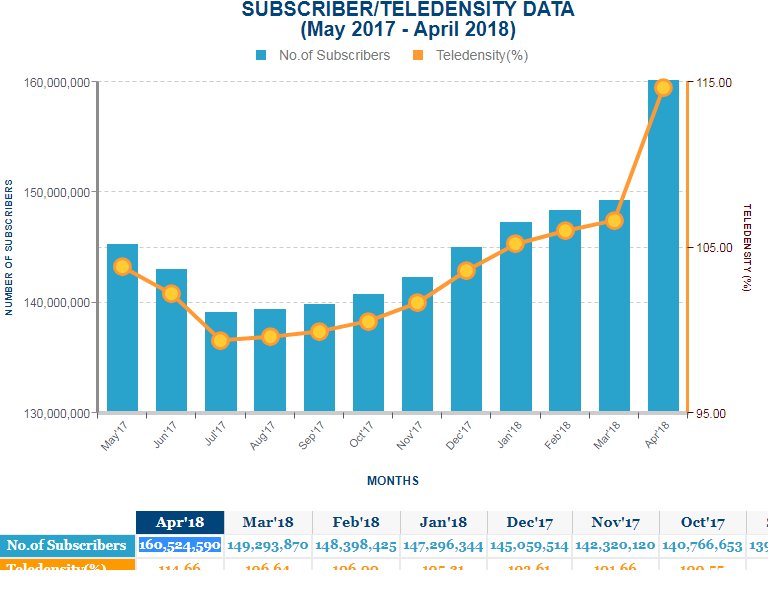 This figure shows that there are 114.66% active telephone connections per one hundred (100) inhabitants within the country and if we are to go by the national population of 140 million (according to 2006 Last Census Population Figure) then it implies that an average Nigerian has more than one line to his/herself.

Here are other breakdowns:

The NCC report also states that Nigeria currently has 160,081,051 active subscribers for telephony services on each of the licensed service providers utilizing different technologies including GSM, CDMA, Fixed Wireless and Fixed Wired (i.e. Landline) in April which indicates an increase when compared to the that of March 148,854,338. 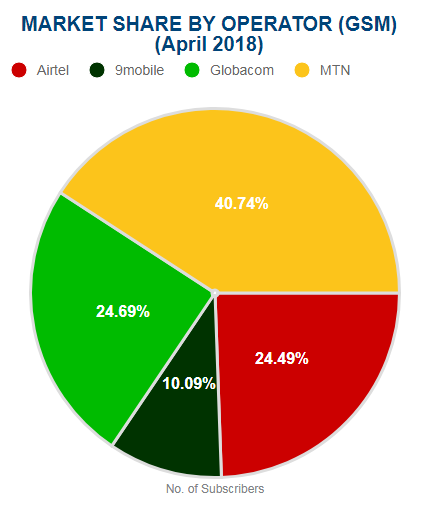 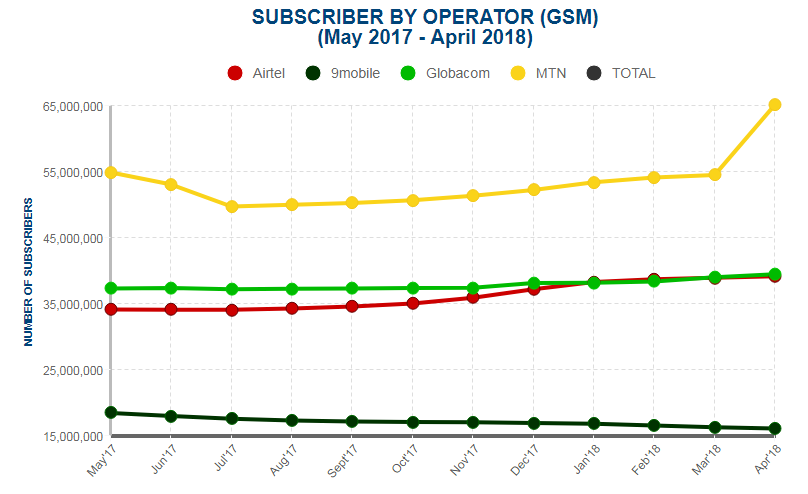 If we go by the recent facts of MTN planning its IPO and 9mobile still struggling with its sale, there might not be any changes in the 1st and 4th position any time soon, although the battle continues between Globacom and Airtel for 2nd place. 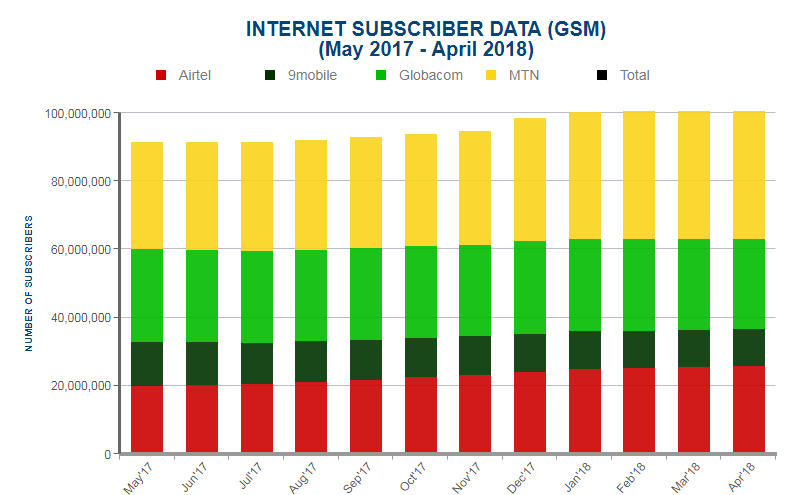 In a breakdown of the GSM providers figure, MTN Nigeria once again takes the reins with 38,147,450 subscribers (out of 101,209,503 subscribers). Despite imminent complains from subscribers, Globacom follows with 26,372,259 subscribers, Airtel follows closely with 25,842,573 subscribers and 9Mobile once again comes last with 10,847,221 subscribers to its credit.

Despite its Struggles, 9mobile Still has the Highest Inward Porting

Finally, the report states the numbers of inward and outward porting of each of the Major GSM providers and it could be seen that 9mobile is the biggest beneficiary of the porting system. 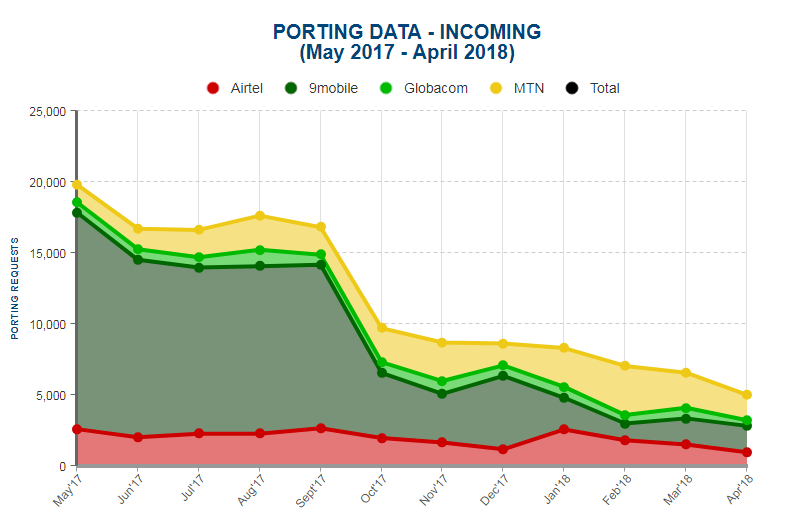 9mobile had a total of 1,865 subscribers joining its network in the month of April and lost 1,468 subscribers. MTN follows closely in terms of inward porting with 1,789 subscribers and 902 leaving subscribers while Globacom was the biggest loser with 1,484 porting away from the network while 398 came into its fold. Also, Airtel had 961 inward subscribers and lost 1,116 of its subscribers.