The latest industry statistics released by the Nigerian Communications Commission (NCC) for the month of December 2017 showed that 9mobile, formerly Etisalat Nigeria has the highest number of inward porting despite the lingering uncertainty over the future of the company.

The report showed that 9mobile had a total of 5,177 subscribers joined its network in the month of December and lost 1,447. This made it the biggest beneficiary of the porting system. MTN had the most loss with 2,775 porting from the network while 1,538 left in its fold. 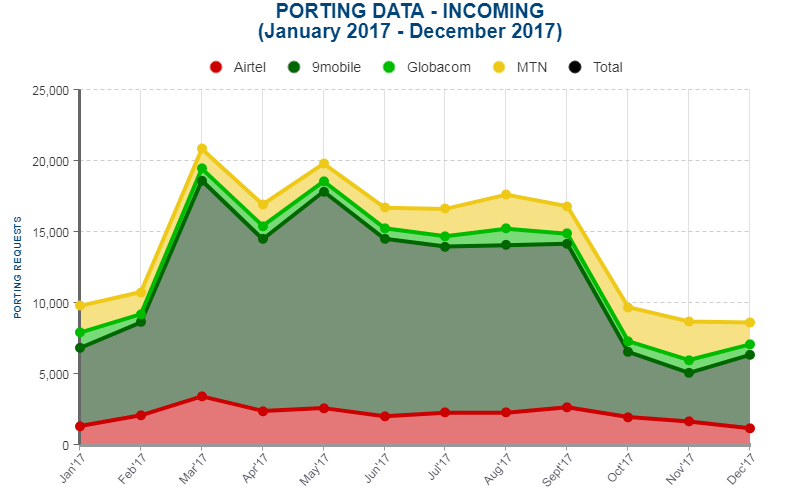 Here is an overview of the distribution pattern:

The NCC report also showed that Nigeria has a total of 144,631,678 active subscribers for telephony services on each of the licensed service providers utilizing different technologies including GSM, CDMA, Fixed Wireless and Fixed Wired (i.e. Landline).

This portends a lot of opportunities for coverage and service delivery if the mobile channel can be fully harnessed. 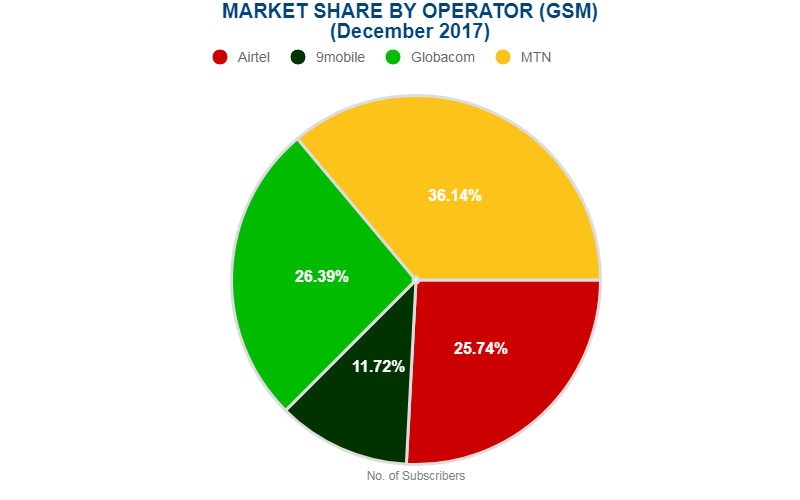 Going by the recent realities there may not be the predicted tectonic shift in the industry anytime soon. Experts project that Globacom is most likely to win the bid to acquire 9Mobile is gradually losing steam. So, Globacom may not be on its way to becoming the largest mobile operator in Nigeria, ahead of the perennial leader, MTN Nigeria.

If we go by the national population of 140 million (according to 2006 Last Census Population Figure), this also implies that there 103.61% active telephone connections per one hundred (100) inhabitants living within the country. 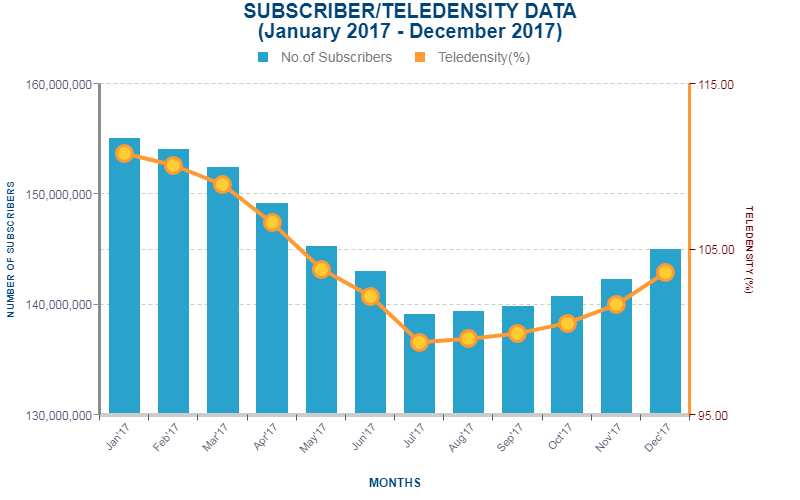 The report also indicated that the vast majority of subscribers are utilizing data services from the major GSM services providers of all other standards currently deployed in Nigeria.  The GSM providers, in fact, have 99.70% of users on their services. The CDMA providers have 0.15% share. The Fixed Wireless/wired has 0.09% share and VoIP has 0.04%. 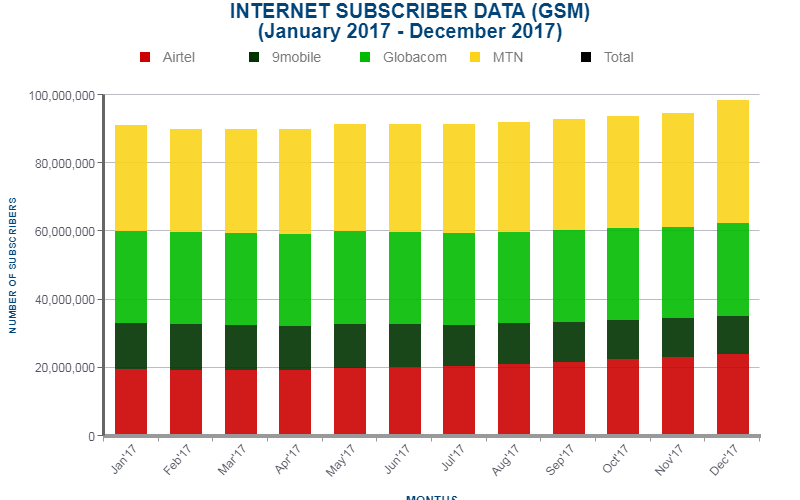 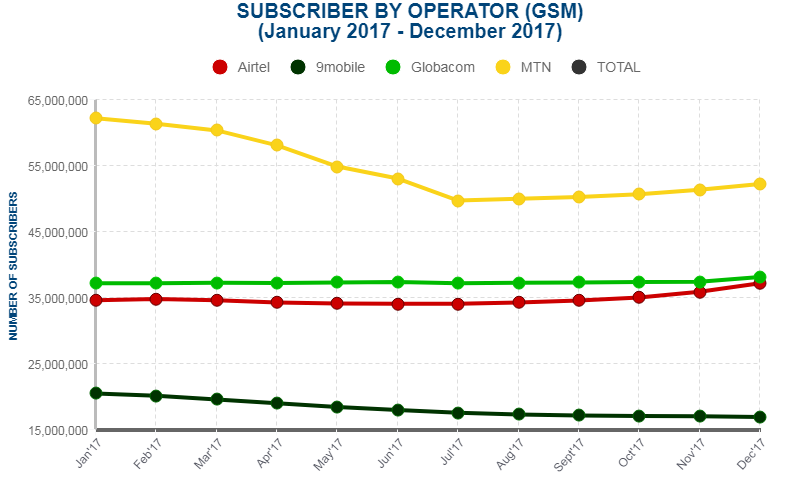 This further indicates the huge potential in the market (in the figures are indeed truly reflective of the active data users). Industry watchers have questioned the reliability of these figures in the past. If truly half Nigerian internet users have access to broadband, why do we have such low adoption of online technology?

I think NCC’s data should offer deeper insights into the demography of this 98m (more or less) users, going forward

Finally, the report pegs the contribution of Telecoms Industry to the Gross Domestic Product (GDP) of Nigeria by at 9.5% Q2 2017. This is a slight decline from 9.13% at the same period in 2016. 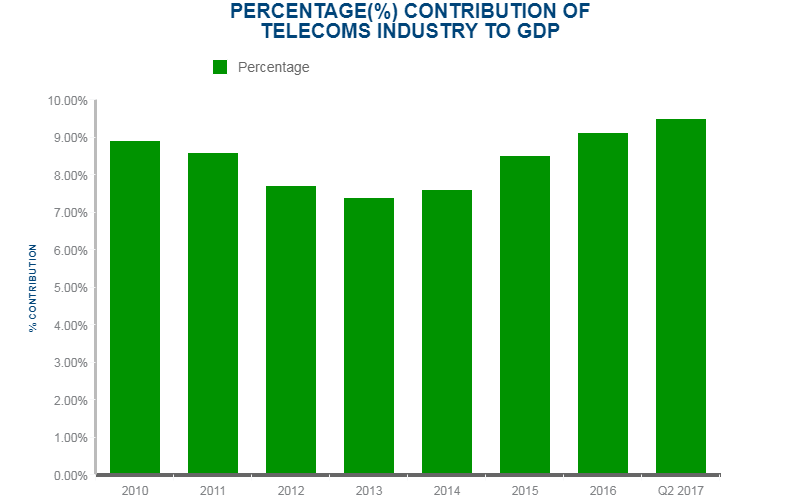 This clearly reflects the state of the much-celebrated industry in the face of our present national reality. This decline meant a loss of jobs, livelihood and the death of many auxiliary businesses.