Ausso Leadership Academy Has Launched the “Entrepreneurs’ Hub”, Here is all That Happened

The launch was held in the heart of Lagos, last week.

#ALALaunch in pictures…
Many thanks to all who made the day an outstanding success. Special thanks to our guests and indeed heartfelt gratitude to Dr Ernest Ndukwe for being our special guest of honour.
We are now set to fly!#ALA pic.twitter.com/gYTSIH9RGV

In his opening address, the Founder and Chief Executive Officer, Austin Okere explained the factor that necessitated the Academy. He said that the Ausso Leadership Academy is not only a dream come true, but “the fulfilment of a glaring need in our business and entrepreneurship ecosystem.”

He stressed that a mentorship model replicating Silicon Valley will be emphasized.

My motivation for setting up the Ausso Leadership Academy are threefold, of which one is very personal: Firstly, I wanted a way to impart the advice I would have given my younger self in my entrepreneurial adventure (perhaps I would have avoided some of the mistakes that I made). Secondly, I wanted to be to others the Mentor I wish I had. Finally and the most personal reason was that I wanted to mentor entrepreneurs to institutionalize and scale their businesses geometrically, because in so doing, they will maximize the jobs they create in order to enable shared prosperity.

On his part, the keynote speaker, the former Vice Chairman of the Nigerian Communications Commission (NCC), Dr. Ernest Ndukwe noted the programme will not only be relevant to the growth of the ecosystem. He said that the political class needs value-based mentoring, as well. 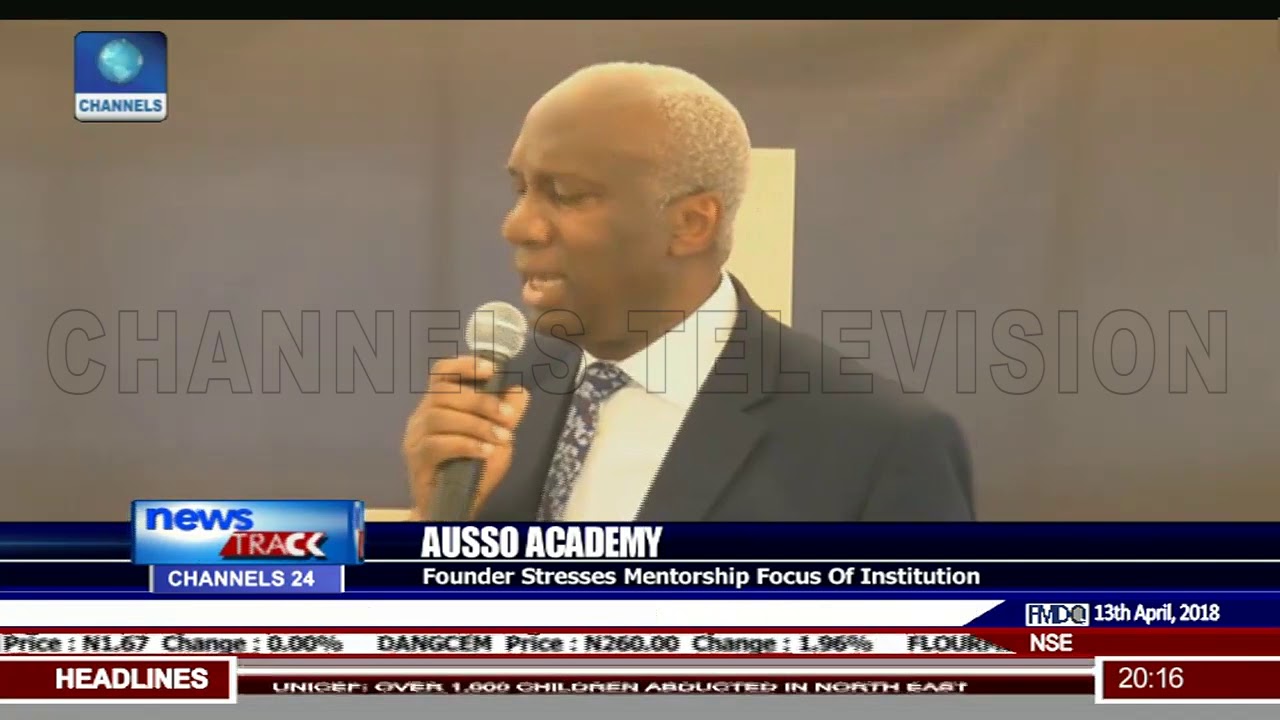 “Time has come for even the extension of the ALA services to political leaders so as to retain both public office seekers and those already holding the offices on the best ways of delivering the services for which they were either elected or appointed”, he said.

The presentation was followed by a cake and tape cutting ceremony which marks the official unveiling of the hub. After which, Mr. Okere led the guest through the facility as well as explained the Academy’s programmes to them.