#RunLagos: In Case You Missed the Access Bank Lagos City Marathon, Here are the Highlights

The Access Bank Lagos City Marathon was held last Saturday, and boy was it spectacular. This was the third edition of the 42km marathon and it could only be bigger. As many as 100,000 athletes from all over the world gathered to #RUNLAGOS for fitness, cash prize, cars, networking, selfies, and so many other reasons.

#accessbanklagoscitymarathon. Wow, who says the Access Bank Lagos City is not Africa’s #1 Marathon. See for yourself. Congratulations to all! pic.twitter.com/W5NUzT66tJ

For the third year running, the 42km races were won by East Africans. Kenyan-born Frenchman, Abraham Kiprotich won the 42km race for the male category. He finished the race in 2:13:04 hrs. That time set a new Lagos marathon record, as it was three minutes faster than the previous record.

In the female category, Almenesh Herpa Guta, an Ethiopian, won the marathon. Guta and Kiprotich carted home $50,000 each for finishing first place.

Here are all the gists from Twitter about what you missed!

"@rrslagos767: Lagos Police Command has directed owners of vehicles parked along Access Bank LAGOS CITY MARATHON route to move them or risked being towed by the police. @Gidi_Traffic #LagosCityMarathon #GIDITRAFFIC

And we have a surprise participant in the 10km race. It's @IAmOkocha who's ready to join in the fun #RunLagos pic.twitter.com/iNrMempqAM

The Governor of Lagos was there with his crew.

Lasisi Elenu was there somehow, and he ranted small.

The athletes were all set to run even before 7 am!

These are sprint runners from #SteadyRunClub. They'll participate in the 2018 Access Bank Lagos Marathon. @steadyrunclub is very proud of them. Join us today. pic.twitter.com/U78xKpZl15

What would you have done if you had won?

If you completed the whole 42km first to win the $50,000, what would be your first purchase? Answer with the hashtag #AccessTheLife pic.twitter.com/0g2LgbBZbI

The now. The future. They both ran 22km. One is 8, the other is 11 years old. #AccessTheLife #RunLagos pic.twitter.com/dsXhIDf3kX

These kids made the Access Bank Lagos City Marathon extremely worthwhile for me. It’s a honour to provide young Africans a global stage to demonstrate innate talent and potentials. Special thanks to everyone that attended or supported. Let’s make 2019 greater. #AccessTheLife pic.twitter.com/dl0m5aHYWW

If she could do it, why didn’t you?

And, many had their own style for the race…

Special athlete, Harrison Chinedu rode his bicycle all the way with a ball on his head #RunLagos #LagosCityMarathon pic.twitter.com/CVmGIwFhGU

Let’s not forget about the cheerleaders.

And the winner is:

The governor celebrated the winner, but deep down he wasn’t happy.

“We’re tired of giving these trophies to the East Africans. We’ll be committing resources to training our Nigerian athletes so they can win the marathon” – Ambode. #AccessTheLife #RunLagos

Access Bank lagos Marathon has come and go with our money to another country..we call it a state marathon not a country marathon. Our Governor is now complaining that is foreigners that are winning it Sir that is not our profession…

So there you go! That’s all the gist we can share. What do you think? 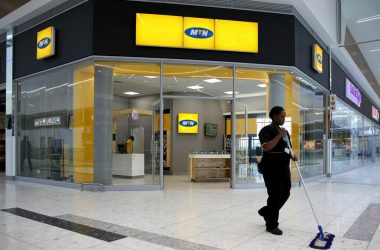 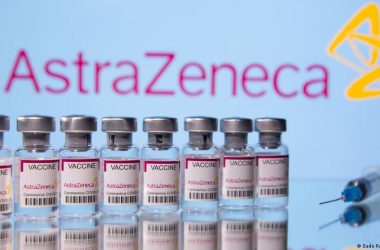 It is another week with new and interesting developments surrounding the covid-19 pandemic in Nigeria. In this roundup,… 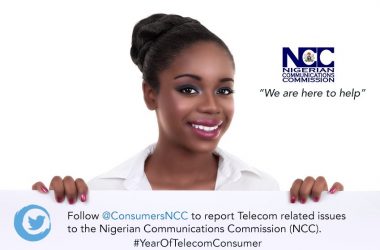 Report: Here is a Roundup of the NCC Telecomms Consumer Complaints for Q3 2017