Relevance of Banking Apps Under Threat After SystemSpecs #RemitaAppLaunch

The main selling point of the newly launched Remitta App is the possibility of making transactions from multiple bank accounts from a singular point. In this age of endless competition between needed memory space and competing apps, the idea of deleting many apps (when you operate many accounts) as a result of a new utility app, is very enticing! And, that was SystemSpecs selling point at #RemitaAppLaunch.

SystemSpecs, a leading financial technology firm in Nigeria, released the full version of its innovative Remita Mobile Application, for both Android and Apple users yesterday. Among many other things, the app is designed to help individuals access all their bank balances from one point and conveniently make and receive payments across various bank accounts. 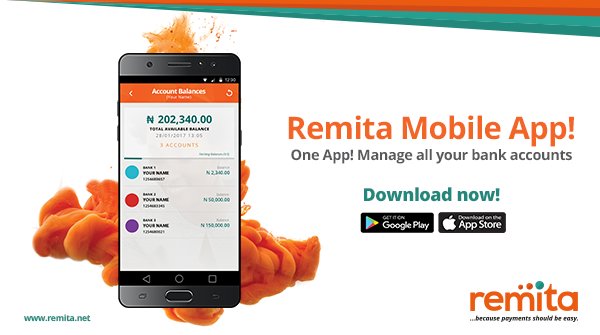 According to the creators, Remita app can also empower you to settle various bills, request payment, set reminders, easily manage your expenses, view your payslip and generally stay in control of their finances. That said, the app introduction sounds like a banking, remittance and personal finance tools all compressed into one app!

While you await a review (from us) that will tell you how much of it the app is worth, the big questions one will ask now is how much of space will the single app take? How efficient will it be? How much will the other banking apps sit and allow it take their places? Well, in the meantime, we can highlight some memorable events that took place.

“With the full ‎release of Remita Mobile App on Google play store and Apple app store, more individuals can now take charge of their finances from anywhere and at any time- from the comfort of their mobile devices,” Mr John Obaro, managing director of SystemSpecs, said at the event.

On his part, Dr. Christopher Kolade, chairman, Board of Directors, SystemSpecs , lauded the innovative management team of the Company for rolling out the app. He pointed out that “What SystemSpecs has done is a reminder to all of us that there are a lot of goods about Nigeria”.

The launch was attended with some pump at Eko Hotel and it was accompanied by the fanfare now associated with apps and startup launch.

The music and the DJs were there too:

Well, why we might not be sure of many things yet. We are sure of one thing. The Remitta app is here and it is going to change how we all see banking!