On an evening in early June, young Nigerians, part of a newer burgeoning community of junior designers, software developers, and coders, away from their offices in Yaba gathered at the Lekki Conservation Centre, the natural hideaway at the centre of Lagos, around Nick Marden.

Nick Marden has spent the last three decades working as a software developer in America. Barely ten years ago, he started Rapid River solving software problems for tech companies. As his clientele ballooned he needed more tech hands. Thus began his voyage, recruiting developers all over the world for American companies.

And so he was in the country for a couple of weeks to recruit some of these developers.

According to Nick, he wasn’t initially looking to recruit software developers in Nigeria. He was staying in Morocco and had posted an ad looking for developers in Morocco. Then a Nigerian developer reached out asking if he could apply.

He ended up hiring the engineer who was a product of the HNG Internship, a program run by Mark Essien, the founder of Hotels.ng which teaches Nigerian youths among other things how to code,

“Through a long conversation, I leant more about him and more about the HNG Internship. And I was really eager to learn more about this young talent that was coming out of the programs and that was really something that was right out of my alley”, he explained

This was a territory he was familiar with. Meeting and training young developers for the world of work. As he put it, it’s not his first experience. “I love meeting talented people. I love having the chance to bring them into challenging situations and mentor them and help them take that next step in their career,” he adds.

After the conversation with the HNG Internship team, he entered into a partnership with them that provides him with a large pool of developers to pick from. And that is why he came to Nigeria, to meet and recruit some of these developers.

“So what I am doing in Nigeria is basically just trying to continue the exploration of the tech community here and find fits for the type of problems that Rapid River solves for its customers in the United States”, he adds.

Even as tech has become a sort of contemporary oil in Nigeria, finding the right talent, especially the right talent for mostly fully remote roles is still very daunting.

He said that with tech hiring one needs to be very patient and pay attention to all the details “The thing about tech hiring is it’s a little bit like baking. You can’t rush it. You have to use the right ingredients. You have to take it slow and do everything carefully. I had set a goal in the two weeks that I am here to try and hire between four and six people, I was hoping that I’ll meet enough people that that will be possible.”

But with a massive pool of talents, he has been successful so far in hiring as many as five developers. And this is just his first trip.”

It’s the sign he said, “of a really successful trip.”

This is how it works. Rapid River solves technical problems for American companies. Hence, it needs as many developers as possible to solve the problems. To do that, Nick Marden recruits developers who as they say “can code,” to solve these problems. He then takes a cut from their salaries.

It takes a little more than “can code” knowledge to get recruited by Rapid River. especially as it will be remote.

He explained that “communication skills, the dynamism of their personality and enthusiasm and a sense of team, all the things that make it fun to work with somebody” will also be determining factors.

“Those are the type of things that give you a better chance at being a successful remote developer because you’re gonna have your team. They are going to feel that through the video call you want to be there and you’re excited about the work. That is what motivates the team,” he said of what will make the developers he’ll hire stand out.

This is not a quality that all the young developers he has met possess.

For the developers that he recruits through Rapid River, he takes a fifteen per cent cut from their salary, which he said starts at $2000 for junior developers. They can go as high as $6000 for senior developers.

The developers he said choose how they want to receive their pay, directly to their naira account or domiciliary account.

The realities of Nigeria

He has also noticed the realities of the living and working conditions of Nigeria, which millennials now refer to as the “scam of adulthood” in the country.

“Getting ahead in Nigeria is tough economically. I think that a lot of developers have a high level of enthusiasm for multiple jobs at the same time, and trying to juggle too much in the hopes of being able to make more money and that I think is where sometimes professional expectations for Western companies run into the reality of Nigeria. Where most people are used to having one of two side gigs” he said.

He said he has noticed with some of the developers are unwilling to let go of other side gigs and focus on just one job. “It’s a bit of an expectation adjustment when we tell people ‘hey we’re looking to hire you. But we’re actually looking for it to be your only full-time job. We don’t want you to have another full-time job. We want to pay you so you just focus on this.'”

“So the enthusiasm sometimes needs to be dialled back a bit so that some people have time and enough brain energy to focus on the full-time job we’re trying to hire them for,” he said.

In his little time with the developer community in Nigeria, he said that it reminds him of the days when he was starting out in the 90s, cutting his teeth in the dot.com boom of the Silicon Valley.

“Obviously the developers here in Nigeria have much more advanced technology. Using much more sophisticated techniques. But the community itself here is similar. It’s small people corporating with each other, with a sense of excitement and a sense of learning, about what the possibilities of applications are. Everywhere I go, I just get greeted warmly by people who are really enthusiastic about being in tech. It’s sort of a little bit of a step-in-the-way back machine,” he said if his experience engaging with the Nigerian developer community.

He also notice certain cultural differences in how Nigerians approach interviews from what he is used to in America which he referred to as “interviews cultural biases” of his own.

He said that he jumps on interview calls with prospective Nigerian developers and he noticed they are more interested in whether or not they qualify for the job. If they can code or not. But then there is noise in the background or they are in a dark room or kids are screaming.

“A lot of western companies have certain expectations about how people present themselves. But I think a lot of people in Nigeria show to focus on ‘can you code? can you do the job?’”

Already he is working on building a physical presence to make up for the deficiencies that Nigerians are far too familiar with; the power cuts, slow internet etc. His plan is that with the physical office which will only be applicable to those that need it productivity from developers can be uninhibited.

“The physical presence is really meant to build team productivity and cohesion in the cases where it’s appropriate,” he said.

On the future of the community

On the future of the Nigerian developer community, he said that this is only the beginning.

For him, these are still the early stages. The foundation for a booming developer community is still being set. “I see the foundations of a lot of success here,” he said. “When I look around I see a community that’s right at the very beginning stages of being an important part of the Nigerian economy. But I think it’s early days. I think there is a lot of maturity that needs to happen. Nigeria as a society needs to embrace the economic value of investing in digital infrastructure.”

Nigerian he said has the potential of being “a hotbed of software developer skills”.

“I am eager to come back and do more,” he said. 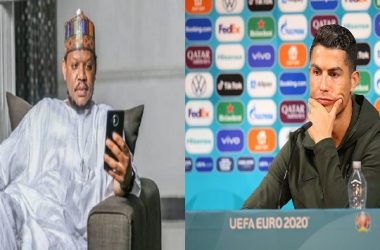 Hi guys! Trust you had a great week. Are you planning a getaway or working through the weekend?… 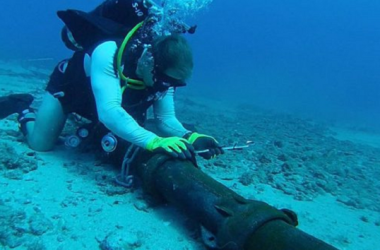 Physical events across the continent are still on hold due to the COVID-19 pandemic. A number of events,…