Amazon, a global e-commerce technology company, is reportedly set to expand to Nigeria in April 2023, and will now compete with Konga and Jumia, the two major companies in the country’s e-commerce market.

This was contained in a report by Business Insider, which also mentions that the expansion will include South Africa. The enterprise will keep its American headquarters while extending to five new nations in South America, Europe, and Africa.

“South Africa, codenamed Project Fela, is also expected in February 2023. The marketplace in Nigeria is due to launch in April 2023. That project shares the codename Project Fela with South Africa,” the leaked report revealed.

The earliest project which is codenamed “Project Red Devil” will be launched in Belgium in September 2022. Colombia’s marketplace “Project Salsa” which shares the name with Chile will be scheduled for February 2023. On the other hand, the project in Chile will take off in April 2023.

Why is Amazon making the move

Amazon is working to increase sales and create more demand in order to offset the fall in sales brought on by the COVID-19 pandemic. And, an expansion plan to other markets is an attempt to cover up for a lost time.

Amazon has been scaling back hiring, subleasing warehouse space, and limiting delivery network expansion this year in anticipation of unforeseen slowdowns. It is expected that this strategy of onboarding new sellers will help upscale its prolonged slowdown.

How the move will take place

According to the document, all countries plan to launch their marketplace and access Amazon’s fulfilment service, ‘Fulfilment by Amazon.’

Belgian users, for instance, who can already sign up for Prime through some of Amazon’s other European websites, will now have access to a separate Prime service for a more unified shopping and pricing experience, the company announced.

Will this affect the existing players in Nigeria?

According to a report by Nairametrics, Jumia is currently the clear leader in terms of Gross Merchandise Value (GMV).

Since listing on the New York Stock Exchange in 2019, in a highly subscribed Initial Public Offer (IPO) that later went south after a bashing from Citroen, a US-based equity intelligence research company, Jumia has been able to rely on more financial muscle from external investors to expand its marketing outreach and thus garner a larger share of the market.

This represents a greater percentage of ownership than at almost any other company in the Internet Software/Services industry.

Read Also: 5 things to know about the NITDA ‘Code of Practice’

Meanwhile, in 2019, Konga reported having achieved an increase in turnover by over 800 per cent, and a huge reduction in losses over the past 18 months of acquisition. The company has doubled down on its Pay on Delivery (POD) option, extending the service to more cities across Nigeria after initially scaling back on it after the acquisition.

Meanwhile, through technological innovation and broad distribution, Amazon has earned a reputation for upsetting well-established industries. In terms of revenue and market share as of 2021, it is the biggest online retailer and marketplace worldwide and has a track record of raking up significant market shares in new markets it has launched, but there is usually an end goal.

In major cases of Amazon launching in a new location, it gains market share by undercutting local competitors. Once they’ve acquired a large number of local customers and third-party sellers, they start marketing Amazon devices and placing greater emphasis on Amazon Prime memberships. It’s not about becoming profitable, but rather generating revenue that can be used for reinvestment, as well as gaining new Prime members—who, as we’ll see, are a crucial piece of the puzzle.

According to Buy Box Experts

In the first quarter of 2021, Amazon’s international sales surged 60% compared to the same time in 2020, far outpacing the 40% growth it saw in North America and marking Amazon’s second quarter in a row of higher growth overseas.

While North America still makes up a much larger share of its business, recording $64.4 billion in sales in the quarter compared to Amazon’s $30.6 billion in international sales, the result shows Amazon gaining traction in other markets.

Total sales at the company rose to $108.5 billion, jumping 44% over last year. Its profits more than tripled to reach $8.1 billion.

Jumia, Konga and other e-commerce platforms already have a strong standing in Nigeria, but Amazon has not outlined its plans for the new markets.

However, Amazon has been quietly recruiting salespeople and engineers in Lagos, hinting at an expansion of its streaming and cloud computing businesses in Africa’s largest economy, Rest of World reports. 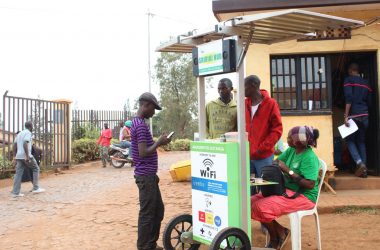 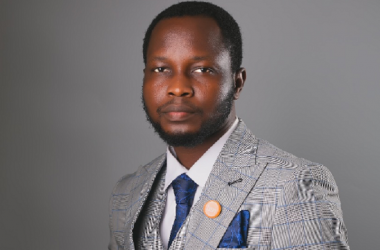 The Lagos Digital Summit (LDS), a conference established in 2017 to harness the constant innovations in a fast-paced… 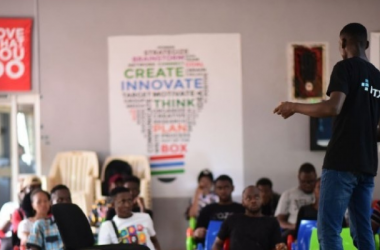