Today’s edition of the Global Roundup is a combination of interesting and condemnable moves. In the US, Amazon is frustrating unionism efforts at its facilities. The global e-commerce company is calling in cops and accusing workers of trespassing. In another story, Musk has met Twitter employees for the first time since his $44 billion takeover bid.

Coinbase is slashing 1,100 jobs as the company prepares to endure a downturn in the cryptosphere. Google Play is coming under probe in the UK over ‘excessive’ control of in-app payments.

Let’s get to the full updates in Global Roundup for this week:

Amazon calls in the cops to stop unionisation in US facilities

Amazon employees looking to organise a labour union are accusing the e-commerce giant of trying to disrupt their efforts with tactics that have included firing workers and calling the police over trumped-up trespassing allegations.

Matt Litrell, 22, told The Washington Post that he was nearly arrested earlier this month outside the Amazon facility where he works in Campbellsville, Kentucky.

He claimed that Amazon told police that trespassers were on company property during a pro-union demonstration, but when police arrived they determined that Litrell wasn’t violating any laws.

According to the New York Post, Litrell filed a complaint with the National Labour Relations Board accusing Amazon of illegally intimidating unionising workers.

Amazon has denied the allegations.

“Like every company, we have basic expectations of employees at all levels of the organisation when it comes to attendance and performance, safety, and personal conduct,” an Amazon spokesperson told the Washington Post.

Since the Amazon Labour Union’s victory in Staten Island, more than half a dozen Amazon employees claim they were fired for labour-related organising.

Pat Cioffi, a labour organiser who worked at JFK8, said he was fired for pro-union activity. Amazon denies this. The company claims he was terminated for verbally and physically assaulting a female manager.

Elon Musk met directly with employees at Twitter on Thursday for the first time since he reached a deal to acquire the company in April, focusing on “freedom of speech” in an online address.

The billionaire had moved to purchase Twitter for $44 billion in April but has since been critical of the company, threatening to put the deal on hold over concerns about bots, or fake accounts, that exist on the app.

“Trust is as trust does. I tend to be extremely literal in what I say … One does not [need] to read between the lines. One can simply read the lines,” Musk said in the meeting, according to a tweet from Nola Weinstein, Twitter’s global head of brand experiences and engagement.

Weinstein subsequently deleted all her tweets about the meeting and did not respond to a request for comment from the Associated Press.

During the call Musk pushed lofty goals for Twitter, saying he hoped it would be used by one billion people globally, according to the New York Times. That figure is nearly four times its current user base.

It is not clear if this week’s meeting means that the two sides have come closer together on resolving their issues.

Twitter shares have been trading well below the $54.20 per share that Musk has agreed to pay amid Wall Street doubts that the deal will be consummated. Twitter stock was up 1% on Thursday following the call.

Coinbase lays off 18% of workforce, amid crypto winter

Coinbase Global Inc. will cut about 1,100 jobs, or 18%, of its workforce, the cryptocurrency exchange said Tuesday; the latest company preparing to ride out a downturn in the cryptosphere.

The cryptocurrency market has been roiled by extreme volatility as investors dumped risky assets on fears that higher inflation readings would force the U.S. Federal Reserve to turn more aggressive in raising interest rates and tip the economy into a recession.

“We appear to be entering a recession after a 10+ year economic boom. A recession could lead to another crypto winter, and could last for an extended period,” Chief Executive Officer Brian Armstrong said in a blogpost.

Bitcoin, the world’s largest cryptocurrency, tumbled as much as 14% on Monday after crypto lender Celsius Network froze withdrawals and transfers.

Coinbase had earlier this month said it would extend a hiring freeze and rescind a number of accepted offers to deal with current macroeconomic conditions.

The crypto market meltdown has forced companies like BlockFi and Crypto.com to slash hundreds of jobs, while top firms including Meta Platforms and Intel Corp have also tapped the brakes on hiring.

Coinbase expects to incur about $40 million to $45 million in total restructuring expenses, largely related to employee severance and other termination benefits.

Google’s App Store comes under probe in the UK

Google got a third antitrust probe from UK’s competition watchdog, adding scrutiny of its app store payments to earlier investigations into advertising rules for in-app billing, the authority said Friday.

Politico reports that the Competition and Markets Authority (CMA) also announced a new market investigation into mobile browsers and cloud gaming where it says it sees Google and Apple “holding all the cards.” The new work follows up on a just-published report into mobile ecosystems.

The CMA set a December target for an initial probe into how Google’s Play Store rules require app developers to use Google’s own payment system, Google Play Billing, for in-app purchases, regulators said. It is already investigating Google’s adtech stack and ad bidding.

Being forced to use Google or Apple’s in-app payment systems means developers can’t dodge the fees. The platforms argue that the revenue helps pay for the secure and well-functioning mobile app environment that they provide.

Google said in response that it regularly reviews “how we can best support developers and have reacted quickly to CMA feedback in the past,” and committed to “review the report and continue to engage with the CMA.”

The CMA also said that it is consulting on the launch of a market investigation into Apple and Google’s market power in mobile browsers and Apple’s restrictions on cloud gaming through its App Store, following the publication of a year-long study of the companies’ mobile ecosystems which found that both companies have a “stranglehold” over these markets. The CMA already has a probe into Apple’s app store.

That’s all for this week. Enjoy your weekend! 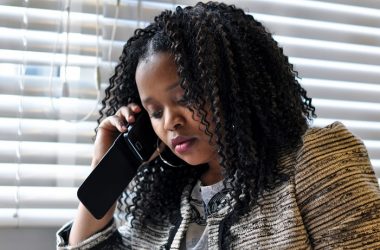 According to a report which was released early this week by Truecaller Insight, Nigeria is ninth in the… 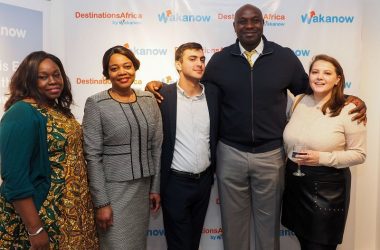