Cryptowinter intensifies as bitcoins drop below $25,000; here is the cause

In the past one month, the cryptocurrency market and bitcoin has been subjected to a string of devastating lows, but those lows hit new dimensions over the weekend, further increasing tension and instability in the market.

At press time, the crypto market cap is at $995.40 billion, a 10.28% decline in the last 24 hours. It has also gone below the $1 trillion mark for the first time since January 2021. Notably, the market cap has lost over $2 trillion of its vault since it surpassed the $3 trillion milestone in November 2021.

These losses are now getting out of hand. Major cryptocurrencies, including Bitcoin, Ethereum, BNB and others have extended their losses against the US dollar. Overall, the leading cryptocurrencies have lost between 60% and 90% of their all-time price peaks.

According to current data from Coinmarketcap, flagship digital asset, Bitcoin is taking a beating and trading at $24,472, down 22.02% in the last seven days. The dominant cryptocurrency is also down 64.24% from the ATH of $68,789 it attained in November 2021.

The second largest cryptocurrency, Ethereum has dropped to $1,238, which signifies a 34.81% decline in the past one week and its lowest point since January 2021.

Cause of the decline

The entire crypto-economy has not been priced this low since the first week of February 2021. The critical economic report released by the US last Friday is believed to be the catalyst for the fresh collapse.

The report, which is indicative of growing inflation coupled with fear of further hikes in the interest rate are part of the factors motivating the decline.

According to Edul Patel, Co-Founder and CEO of the crypto investment platform Murex.

“The crypto market has been under pressure from the Federal Reserve, hiking the interest rates to combat inflation over the past few months. Bitcoin, Ethereum, and most currencies suffered losses over the weekend after a broad sell-off following the data showing US inflation hitting a 40-year high.”

Founder and CEO of Fintrekk Capital Amit Gupta, believes that the decline in cryptocurrency markets is a worldwide occurrence:

“The decline in cryptocurrencies is a global event. Central banks’ rate increases and the dollar index’s rise have resulted in decreased trading activity and price drops. Volumes have decreased, and traders (speculators) are booking Losses.”

According to other experts, the cryptocurrency’s price drop suggests a declining risk appetite among investors. Which means they are very cautious of risky investments.

Some analysts also point to the ongoing conflict in Ukraine and worries over a tightening of monetary policy by the U.S central bank as reasons for the decline in stock and cryptocurrency values.

What else to know?

The crypto market has been increasingly correlated with the stock market in recent months, making it even more dependent on global economic conditions.

Investors are concerned about rising inflation, geopolitical tensions, and the prospect of tighter monetary policy by the Federal Reserve.

There is a negative sentiment and fear that there will be a further decline in the value of these assets. According to a CoinDesk analysis, only a tiny number of altcoins will survive these market swings.

With no end in sight, the war, inflation, and fluctuating monetary policy in the United States will continue to produce more volatility in the weeks and months ahead.

The pressing question of whether the market will survive its many drawn-out bear markets is difficult to answer at the moment. However, things do not appear promising. 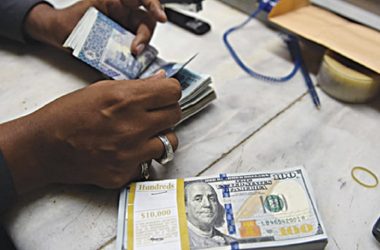