How Anthony Azekwoh is extending the frontiers of digital artistry, using NFTs

Anthony Azekwoh is one of the most visible and remarkable creators in Africa. He started out as a writer, to a now worldwide acclaimed digital artist.

The 22-year-old is one of the adroit originators putting Nigeria, and Africa on the world showmap. With the use of 21st century technology, his world-class paintings and artworks have sold for thousands of dollars. A testament to how incredible his craft is.

In an interview with Technext, he shares his journey as an artist, and the boundless opportunities available in NFTs.

According to him, it started in 2016 when his laptop broke. As an author at that time, he couldn’t write without the gadget (due to his not-so-good handwriting). This made him improvise. He took some leftover A4 paper in his parents’ house and started messing around with swirly designs. The rest they say, is history.

The blockchain and by extension, NFT technology are becoming the most powerful tool of the 21st century. NFTs have given artists, musicians and content creators the platform to own their craft, and utilise it on all fronts. Anthony Azekwoh is a resourceful young African making use of this revolutionary technology.

“I never thought this might work. I wasn’t a child when I was painting and writing. All of these things started when I was already fairly young. So, I always had this strong will of experimenting; seeing what works and doesn’t. After my NFT interest came about, my first drop was in March last year. And just seeing the success of it and being able to financially support myself was just very important to me so I think since till now it’s been a very huge impact in my life.”

Anthony Azekwoh took the internet by storm in 2020 when his artwork – ‘The Red Man’ sold for $25,000 as an NFT. He then became a viral sensation on social media and captured the attention of the global art community. He refers to that sale as the turning point of his artistic career, and it all goes down to originality and novelty.

Albeit the entrepreneurial challenges in the Nigerian environment, Anthony Azekwoh has been on an upward spiral since then. Breaking boundaries and extending the frontiers of art revolution.

“I would say that it’s a learning curve everyday. The landscape is always shifting so the main thing is having to learn to adapt. And just expressing myself, I feel like my journey so far has been more inward. Trying to find out what I’m trying to say and trying to do, and working from there.“

His challenges have hinged on working in a relatively unfavourable place like Nigeria.

“They can wake up and ban the whole landscape. They banned Twitter, banned crypto. That was a wild wild time. But in all we keep pushing. Some way and somehow, it works itself out.”

There have always been controversies surrounding how underpaid and unappreciated artists, especially here in Africa, are. It is acclaimed that most creative geniuses do not really get what they deserve with their craft, and that exact problem is what NFT is fixing.

While responding to a question about what made him interested in NFTs, Anthony said:

“Royalties, definitely royalties. In the current art market as it is, when an art is resold for any amount in the secondary market. Let’s say an artwork is sold for 10 million dollars on Christies, that’s the secondary market and artists get no royalties from that. But in NFT, 10 per cent is guaranteed, always. And I feel like that’s important.”

The perfect avenue for artistes

NFTs are currently the rave of the moment, the talk of the town and the fertile ground for creators to sow the seed of creativity. NFT platforms are said to be the perfect avenue for African artists to harness their creative talents.

“I don’t think there’s anything that’s going to be the perfect avenue. I think right now, it’s possibly one of the best avenues. Because definitely the major art market can be very brutal to newcomers. So I feel like right now it’s the right avenue for younger African artists to properly push into new space and start earning a living from their work.”

However, with how lucrative the digital artistry market is for creators, as unpleasant as it may sound, not all talented creators can hit it big there.

“One thing is making it. Because making money, being successful and being happy are three different things. If it alludes to making money, it’s like the real world, not all creative alternative people make money in music, architecture, engineering or whatever. Making money is a different thing, and being successful is another. A lot of things happen outside your control, there are chances involved. There’s a lot that can make an individual ‘successful’ by any metric or standard.”

The future of art?

With the groundbreaking strides NFTs have made in such a short time, it is projected to be the future of art and all forms of ownership. However, there are those who are of the opinion that NFT is a fad, and its hype would lessen soon.

“In this case, I don’t think the longevity of NFT secures its credibility. I feel like what it’s done already has proven what NFTs can do. NFT for me doesn’t represent just the technology itself, but rather the thinking behind it – why should the majority of the creators who have worked on all these things, not be paid or compensated fairly for it?.

Anthony Azekwoh says the conversations and movements have just started, and can’t be stopped.

“I feel like these conversations have already started, and they really can’t be stopped now. I think that the spirit of NFTs, however shape or form, will keep going and going because this is something that has been coming for a long time since the early days of the internet.

The adept creator says this is the beginning of the NFT hype and we are about to witness a very groundbreaking two years. According to him, it might not be NFT in particular, but the spirit behind the idea of decentralisation of information and craft.

Is he going back to the literary world?

Anthony Azekwoh’s career is worthy of emulation. One of the reasons why he breaks new grounds on a consistent basis is that he tries to explore everything there is in the new wild world.

“I feel like there’s so much, there’s a lot of opportunities, so explore that without prejudice, without judgements. That has been working for me.”

The artistic wizard is not stopping. Anthony Azekwoh is now focused on diversifying his interests. Subsequently there’s going to be written content from him.

Tech Events this Week: Social Media Marketing Conference 2020 and Others

Hi guys, It’s Monday again, a new opportunity to learn and explore. To kickstart the week, we have… 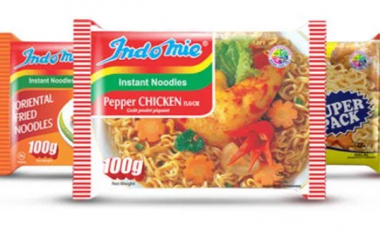 Makers of Indomie, Tolaram Group to Venture into Digital Banking by Leveraging its Wide Distribution Network

Tolaram Group makers of popular noodle, Indomie is planning to leverage its African distribution network to launch into… 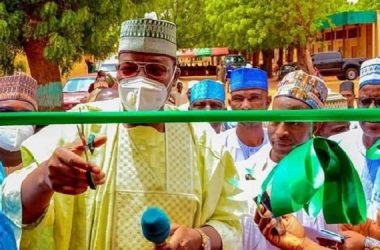