Investigation: Are bank staff colluding with PoS operators to rip off Nigerians?

In December of 2021, an angry resident of Aniocha in Delta state, Nigeria sent a frantic letter to Punch newspapers. In that letter, he alleged that the branches of two prominent Nigerian banks in the town work together with PoS operators to ensure there was never money in their ATM machines while the PoS operators always had cash to trade.

According to him, there are at least 10 PoS operators operating around the bank premises and the townspeople are at their mercy.

We have noticed that PoS operators opposite Union Bank, Ogwashi-Ukwu, Delta State deliberately withdraw all money from the ATM at Union Bank thereby forcing customers intending to use the bank’s ATM to have no choice but to patronise them. This practice is happening in the connivance of staffers of the bank who own some of these PoS. Already, there are about 10 PoS stands opposite the bank and they always have money while the bank’s ATMs don’t.

Well, this has become a common story among ATM users, especially in lower-income suburbs of major Nigerian cities. While these talks could be ascribed to the frustration of needing to pay considerable sums to PoS operators for cash you could have gotten freely at ATMs, the big question is there really any substance to such a claim?

PoS operation is one of the fastest-growing small businesses in Nigeria. According to a Nigerian lawmaker, Jimoh Olaide:

“POS has been turned into a lucrative business in Nigeria and has provided jobs for millions of unemployed Nigerians that see it as a good alternative to white-collar jobs in the country.”

While this is great for the country given its 53% youth unemployment rate, it is often unusual that such improvement isn’t happening at the expense of some other venture. Pretty much the same way gas station attendants prioritise street sellers for kickbacks, especially during scarcity, and the same way doctors would refer patients to labs owned by their cronies.

This brings to mind more questions…

Furthermore, are PoS operators supposed to charge for their services? Are they just making money for the banks or their staff when they are supposed to be an alternative? Why does it seem that banks never seem to have cash in their ATMs?

Lastly, what is the real purpose of PoS or agency banking, in the first place?

I spoke with Steven, a PoS operator who hinted that the claims might be true, especially in localities that are not business hubs or major cities. According to him, PoS shops around bank premises are the usual accomplices.

“The new trend is that these operators would have their POS machines handy around the bank ATM premises so that individuals who don’t want to queue to withdraw cash at the ATM could patronise them. This usually happens in locations where there’s a busy market because the few banks around the market would not be able to cater to the needs of the numerous individuals wanting to access cash for their market transactions,” Steven told me.

I also spoke with two senior bankers, Anthony* and Taiwo* on the matter. While neither of them disputed the possibility of it happening, especially in branches located in more remote areas, they nonetheless insisted only a thorough investigation would reveal the real truth.

“ATM machines must be funded at intervals depending on the bank. Also, there are members of staff who handle this and they have to report to a higher power. But then, anything is possible, but it can only be substantiated if investigated and evidence presented,” Taiwo said.

There are also claims that some bank staff are also owners of several PoS businesses. Steven the PoS guy insists the profit gotten from this business is tempting for one not to venture into it, especially for bank staff members. This goes against bank policies in Nigeria as it presents a conflict of interest.

Asked about bankers owning PoS businesses, Anthony says the only way they can do this is by proxy.

Steven also agreed that many bankers who own PoS operations do so using proxies. But is there really any incentive for bankers to want to go into this business?

PoS charges and the CBN regulation

But are these charges authorised by the CBN?

A look at the CBN Guidelines for the Regulation of Agent Banking and Agent Banking Relationships in Nigeria suggests that agency banking services are supposed to be free to users.

Item ix of Section 3 titled; MINIMUM REQUIREMENTS OF AGENT BANKING CONTRACT provides that: Agents shall not be permitted to charge any fees directly to customers and details of remuneration for the agent shall be specified in the contract between the agent and the principal. This also means that banks shall be responsible for remunerating the agents (PoS operators).

So why do PoS operators charge users for their services? Anthony admits that they aren’t supposed to charge but then it’s the only way they can make money.

“On paper, they are not supposed to charge but in reality, that’s how they make money. On the contrary, the operators are the ones who pay charges to their principals. The profit that is supposed to go to the agent is shared between the banks and their tech partners, or the principal, as the case may be,” he said.

He also said the CBN is aware of these charges and because the agents are also charged for VAT and stamp duty, the agents can charge customers and CBN can’t do anything about it.

While this confusion between the provisions of the regulation and reality might point to typical Nigerian anyhowness, it seems to also suggest why it is probably in the interest of banks to keep the PoS guys in the business.

It means banks make more money and don’t get to pay the remuneration as stipulated by the CBN regulation.

The availability of cash in any ATM is dependent on a number of factors. But before we go into those factors, it is important to understand the maximum amount of money that can be in a given ATM machine at any given time.

Each machine has a cassette which holds the cash. Each cassette can take a maximum of 2,000 notes irrespective of the denomination (500 or 1000 naira). All ATM machines can have a maximum of 4 cassettes meaning the maximum an ATM machine can carry is 8m (2,000 x 1,000 notes). However, if loaded with 500 naira notes, it can only carry a maximum of 4 million naira.

So what factors determine how much money a bank branch could feed into its ATM machines? The first factor is the insurance limit. Basically, ATM machines are insured for several reasons like theft, fire etc. Various banks have various agreements with the insurance companies on the amount to be insured.

Another factor is the (in)availability of cash. ATM machines are supposed to be loaded with crisp, undamaged notes to avoid jamming and other errors usually caused by torn or jagged notes.

Owing to the recklessness in the way Nigerians generally handle cash, it becomes difficult to have such crisp notes available because banks recycle cash.

While some banks have units that ensure such notes are always available, the demand, however, is usually higher than the supply. So when such crisp cash is available, banks prioritise branches in posh areas. This means branches in less posh areas don’t get a good supply of crisp cash and therefore have to resort to sorting cash deposits to get the crisp notes to be loaded into ATM machines.

On days when they can’t get enough crisp notes, which happens frequently, those machines will be out of cash. Other banks rely on Bankers Warehouse for ATM worthy notes. Then again, demand is way higher than supply.

Another factor is the currency denomination that is available. The ATM cassettes are configured to hold either 500 or 1000 naira notes. Sometimes, a bank branch might have more ATM worthy N500 notes meanwhile all or most of their cassettes are configured to hold N1000 notes. In such a case, the ATM machines won’t be loaded or will be loaded with the little available N1000 ATM worthy notes.

There is also the problem of approved Cash Holding Limit for each branch, Patronage of machines, volatility of the location, etc. All these points to why ATM machines, especially in low-income areas.

So, against what many may think, having cashless ATMs may not necessarily be an intentional plan to force customers to use the PoS.

PoS business or agency banking as it is termed by the Central Bank of Nigeria was introduced to improve financial inclusion and help banks to bank the unbanked in the country. Its purpose is to provide financial services to underserved people in places where financial institutions can’t reach.

However, having PoS businesses around banks, even in major cities has become a common sight today. Ironically, this is so simply because one of the most strategic places to situate a PoS business is around ATM facilities due to the likelihood that the machines would stop dispensing, or that the unending queues would force impatient users to resort to PoS instead.

In fact, PoS operators have discovered that the closer they are to ATM facilities, the better for their businesses.

Indeed, many microfinance institutions have latched on to agency banking as a means of generating huge revenue. Many of them, located in towns and cities, quickly discovered that the inefficiency of commercial banks meant that banking the already banked is way more profitable than banking the unbanked.

As a result, PoS has become very popular even in urban areas. About 70% of PoS transactions in Nigeria are carried out in the country’s most urban state, Lagos. This is followed by Abuja and Oyo, which has the largest City in West Africa.

There are generally two classes of people offering these services. There are the guys offering purely PoS services. Then there are business owners who offer PoS services as a means of easily banking their cash rather than physically taking them to the banks themselves.

There are really strong claims that ATM operators compromise cash supply to the benefit of PoS operators, especially those situated around banks. There are also claims that bankers own PoS businesses on the side, an enterprise which goes contrary to banking regulations. But only a thorough investigation can reveal how true these claims are.

However, irregularities in the payment of PoS charges and the fact that banks make money from the system make it very probable that they would do all they can to keep it going.

*Names have been changed at the behest of the respondents. 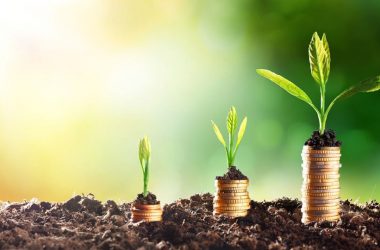 Nigerian Startups Attracted 17% of Over $1bn Africa Funding in 2020

Nigerian startups contributed more than 17% of the over $1 billion funds raised by African startups in 2020.… 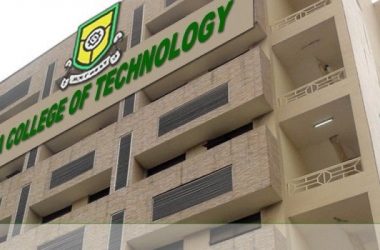 One of Nigeria’s foremost Schools, Yaba College of Technology (Yabatech) just announced that it has acquired a state-of-the-art… 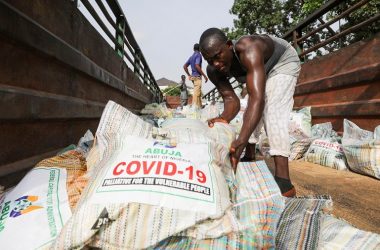 COVID-19 Update: ICPC to Investigate States over Covid-19 Palliatives and Other Stories