It is another Friday and we know you just want to close those laptops and forget about the bugs and wrong syntaxes in your codes. “Till Monday!” you will say. Why not though?

Before you go, we all know It’s been a dark and dippy week for cryptocurrency enthusiasts across the world. #Cryptocrash has stayed on the frontend of social platforms for longer than tolerable.

Also, American multinational Apple is holding on to its tap-to-pay feature, to the frustration of rival financial apps. There are more stories.

We are bringing all the stories to your screen, calling it the Global Tech Roundup, where we make sure you catch up on topical tech conversations from across the world, every week.

In this edition of the Global Tech Roundup:

A chain of crypto dips

Cryptocurrencies extended their sell-off on Thursday, with Bitcoin dropping to a low of $25,401.05, its lowest level since December 28, 2020, and the TerraUSD stablecoin crashing below its dollar peg.

According to financial daily Mint, the crypto market has been witnessing widespread turbulence after the Fed amped up rates last week. The crash has sent all cryptos into a tailspin and has made investors nervous.

The global increase in inflation, geopolitical crises such as the war in Ukraine, the tightening of monetary policies and the general diminishing of liquidity are eliciting panicky monetary responses from individual and institutional investors, and resulting in the nosedive of cryptocurrencies.

The current ‘dip situation’ is also forcing heavy selling in the cryptocurrency market as investors look to offload their holdings and minimise losses amid the ongoing uncertainty. To this, investors are preaching caution.

The dips aren’t happening in isolation. It has got to do with an increasing connection with macroeconomic factors, just like the stock market.

Cryptocurrencies may be the ‘biggest victims’ of these dips. But, they aren’t the only ones. Other speculative assets like stock futures and gold are also affected likewise. The US dollar, however, continues to benefit from the panicky market.

Apple gets protective with its tap-to-pay feature

Following a string of antitrust scrutiny within and outside the US, Apple is maintaining a protective stand with the reservation of its tap-to-pay feature.

For Apple, the latest antitrust battle is about protecting its revenue. With this decision, iPhone users have to use Apple Pay if they want to buy something via phone tap, and that’s been increasingly frustrating to rival financial apps.

Per a Bloomberg report, Apple’s tap-to-pay policy means PayPal and Square—as well as financial institutions like Chase, Citi and American Express—can’t launch tap-to-pay iPhone apps with their own features and interface. It also means if they want to access the iPhone user base, they must pay an up-to-0.15% fee for every Apple Pay credit card transaction.

Apple says its insistence on reserving tap-to-pay capabilities for Apple Pay isn’t about money, but rather about privacy and security. The company says that opening up NFC could harm its system and pointed to a report from 2016 that said NFC access on Android has been compromised by hackers.

It’s hard to believe that the user experience and security are the only elements being considered here, though. Chief Executive Officer Tim Cook said during the Epic Games trial that even if Apple were to open up its payment system, the company would still ask developers to pay a commission retroactively.

Apple’s protective move is coming at a time the company announced the end of an era for its iconic music player, iPod.

With the European Commission threatening fines, Apple may ultimately be forced yet again to make a change.

Tesla CEO, Elon Musk says his deal to buy Twitter is “temporarily on hold” after reports that false or spam accounts comprised less than 5 per cent of its 226 million monetisable daily active users.

The Tesla CEO, who offered to buy Twitter for $44 billion, tweeted a link to a May 2 Reuters report on Twitter’s filing, saying he wants to see the company’s calculations.

However, in a follow-up tweet, he added that he’s “still committed to [the] acquisition,” suggesting that it’ll proceed after Twitter provides satisfactory information on its numbers.

Below is the relevant section of Twitter’s filing. It notes that its calculations about the number of false or spam accounts are an “estimate” and that the real number “could be higher than we have estimated”:

China has ordered central government agencies and state-backed corporations to replace foreign-branded personal computers with domestic alternatives within two years, marking one of Beijing’s most aggressive efforts so far to eradicate key overseas technology from within its most sensitive organs.

Per Bloomberg, staff were asked after the week-long May break to turn in foreign PCs for local alternatives that run on operating software developed domestically, people familiar with the plan said. The exercise, which was mandated by central government authorities, is likely to eventually replace at least 50 million PCs on a central-government level alone, they said, asking to remain anonymous while discussing a sensitive matter.

The decision advances China’s decade-long campaign to replace imported technology with local alternatives, a sweeping effort to reduce its dependence on geopolitical rivals such as the U.S. for everything from semiconductors to servers and phones. It’s likely to directly affect sales by HP Inc. and Dell Technologies Inc., the country’s biggest PC brands after local champion Lenovo Group Ltd. Shares of HP and Dell were both down about 2.5% in New York Friday morning.

With the latest PC replacement project, Beijing’s growing concerns around information security as well as a confidence in homegrown hardware are captured: the world’s biggest laptop and server makers today include Lenovo, Huawei and Inspur Ltd., while local developers such as Kingsoft and Standard Software have made rapid strides in office software against the likes of Microsoft Corp. and Adobe Inc.

Uber will cut back on spending and focus on becoming a leaner business to address a “seismic shift” in investor sentiment, CEO Dara Khosrowshahi told employees in an email obtained by CNBC.

“After earnings, I spent several days meeting investors in New York and Boston,” Khosrowshahi said in the email, which was sent out late Sunday. “It’s clear that the market is experiencing a seismic shift and we need to react accordingly.”

Tech stocks have plunged sharply from the highs of the coronavirus pandemic, as investors fret over the prospect of an end to the era of cheap money that defined a historic bull market. The Nasdaq Composite last week recorded its fifth consecutive weekly decline, its longest such losing streak since 2012.

To address the shift in economic sentiment, the ride-hailing firm will slash spending on marketing and incentives and treat hiring as a “privilege,” Khosrowshahi said.

“We have to make sure our unit economics work before we go big,” the Uber boss wrote. “The least efficient marketing and incentive spend will be pulled back.”

With this move, the firm will also consider hiring as ”a privilege”.

“We will treat hiring as a privilege and be deliberate about when and where we add headcount,” Khosrowshahi said. “We will be even more hardcore about costs across the board.”

This makes Uber the latest tech company to warn of a slowdown in hiring. Facebook parent company Meta last week told staff it would stop or slow the pace of adding midlevel or senior roles, while Robinhood is cutting about 9% of its workforce.

As Interest Wanes, Wikipedia to Drop Its Free Access Program in 2018

The Wikimedia Foundation has announced that free access to Wikipedia will end in 2018, which was part of the its… 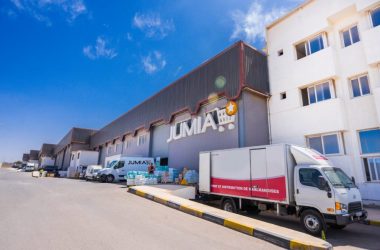 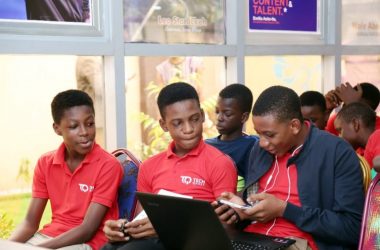 Meet the Incubated Startups at the South-South Innovation Hubs (SSIH)