NCC says 5G service will be available in Nigeria by August 24, issues letters of licence to MTN, Mafab

After almost five months of internal deliberations and ceremonial events, the Nigerian Communications Commission (NCC) has finally issued letters of 5G licence awards to MTN and Mafab Communications, who won the 3.5GHz spectrum auction conducted by the Commission in December last year.

In a press statement to Technext, Dr Ikechukwu Adinde, the Director of Public Affairs for NCC said that the Management of the Commission led by its Executive Vice Chairman (EVC) Prof. Umar Garba Danbatta made this known to the Board of Commissioners at the Board’s Special Meeting, held Wednesday.

“With the issuance of the final letters of awards of 5G spectrum and in line with the Auction’s Information Memorandum (IM), the two licensees are now expected to accelerate deployment of 5G network that will usher Nigeria into a more robust Fourth Industrial Revolution (4IR) and a more digitised Nigerian economy,” the statement reads in part.

In February, the federal government officially handed over allocations to the commission. This was after the full payment of $273.6 million each by the two spectrum winners, in addition to the spectrum assignment fee paid by MTN, for the 5G spectrum licence.

In May last year, the Senate suspended the deployment of 5G in the country over health concerns. The federal government initially said that 5G will be available in the country by January this year, so, it is already four months behind schedule.

In the statement sent out today, the commission seems to be more certain about when 5G will be available in the country saying that the companies are expected to “commence roll out of 5G services effective from August 24, 2022.

“The 5G network, when deployed, will bring a lot of benefits and opportunities that will engender accelerated growth and smart living in the country. The technology is also expected to bring substantial network improvements, including higher connection speed, mobility and capacity, as well as low-latency capabilities.”

“The Commission is optimistic that effective implementation of the National Policy on 5G will accelerate the actualisation of the national targets in the Nigerian National Broadband Plan (NNBP) 2020-2025, the National Digital Economy Policy and Strategy (NDEPS) 2020-2030, as well as other sectoral policies designed to enhance Nigeria’s digital transformation.”

The commission and other surrogates of the federal government have spoken a great deal about the technological advancement the 5G network will bring to the country.

Minister of Communications and Digital Economy, Prof. Isa Ali Ibrahim Pantami said in December last year that “we feel that if 5G is utilised effectively by our security institutions, it will go a long way in addressing many security challenges we have in Nigeria.”

The president himself has praised the 5G development in the country, going on to launch a 5G National Policy in January this year.

The commission also includes a caveat in their statement on the timeline of the 5G rollout in the country, saying that “while the licensees are expected to meet the timetable regarding their 5G network rollout obligations, the NCC requires collective efforts and support of the private-sector and government toward transforming every aspect of the nation’s economy through 5G.”

The Nigerian Communications Commission (NCC) has emphasised that in light of disruption in the technology world, it is… 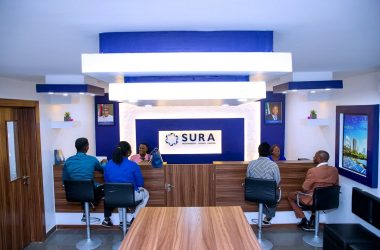 The IPP relies heavily on the income generated from the users for income hence a precondition for success is a comprehensive metering system.