The tech ecosystem is rapidly evolving in many ways and, more than ever, it is becoming likeable due to the immense opportunities it provides.

When looked closely, a significant majority of the innovative yet notable startups for 2021 inarguably had one foot in the tech community, if not both. This move gave them the necessary direction needed to launch appropriately.

However, while some have benefited from the ecosystem and successfully pivoted, others have found it difficult to keep their heads afloat, and not everyone managed to make it through the year unscathed.

In August this year, the Central Bank of Nigeria, through a court order from the High Court of Abuja, ordered the freezing of six online investment companies.

According to the court documents, the accounts were to remain blocked for 180 days.

These fintech platforms provide Nigerians with access to stocks, bonds, and other securities in both local and international markets, and have grown in popularity in recent years, particularly among young people.

The CBN had accused the companies of engaging in “illicit forex transactions” and said it would need time to complete its investigation, citing the reasons for the court order.

The CBN wasn’t the only one making a statement, as earlier in April, the Securities and Exchange Commission had also announced that investment services offered by the companies were illegal.

Although Bamboo and Risevest responded to the decision and assured their customers that their investments were safe, the court order was one incident the companies must wish never happened.

Enterprise banking institutions and Fintech startups have never had a good relationship, but in an ever-changing digital environment and several years of market changes, the two companies have to work together.

Yes, the connection is tricky, but it is vital for the banking industry to evolve from an old system to one that engages customers in a digital world.

However, the interdependence between the two industries is prone to lead to constant disagreement and bickering.

In February, Providus Bank deactivated all its virtual accounts in a sudden move that affected fintech startups including Piggyvest, Cowrywise, and Monnify.

The closure of virtual accounts by Providus meant that users of fintech platforms such as Piggyvest and Cowrywise could no longer complete any transactions using their Providus accounts.

The bank had disclosed that the closure of the virtual accounts was necessary to review the system in line with “new regulations” by the CBN. However, the bank stated that the shutdown is only temporary.

Based on the statement, it appears that the action was triggered by CBN’s directive banning banks from crypto-related transactions.

The initial panic generated by Providus’ instant shutdown showed the dependence of Nigerian fintechs on traditional banks, which is quite ironic, as fintechs are generally tipped as best placed to gradually phase out banks.

Following the CBN’s announcement that banks should stop facilitating crypto trading activities in the country, Crypto trading platforms announced that they would comply with the CBN’s crypto ban, dealing a significant blow to the Nigerian crypto scene.

The highly revered crypto leader, Binance, updated its clientele base by notifying them via Twitter that it had received notice from channel partners that NGN deposits and withdrawals would be affected.

The company anticipates that the Nigerian banks will stop working with crypto exchanges in line with the Nigerian Apex bank’s directive, meaning P2P trading will likely flourish as a result.

Although the Central Bank’s directive does not explicitly criminalize ownership of crypto, the announcement nonetheless makes it difficult for trading firms to process debit, credit card, and bank transfer transactions.

In addition to Binance, trading platforms like Quidax, Buycoin, and Bundle all issued statements assuring users that their funds were in good hands. Nevertheless, the directive had led to a stall in their operations within the country.

The CBN announcement halted direct crypto trading via these platforms but resulted in an increase in P2P trading volume.

Trading via P2P allows crypto exchanges to continue in the country. However, it increases customers’ chances of falling prey to scammers, particularly for first-timers.

The CBN directives that put a ban on crypto trading activities did not only result in a halt in trading activities via the bank and a subsequent increase in P2P activities, but also led to capital flight as crytocurrency investors moved their nests to safer grounds.

One such company that toed this line was Patricia Technology Limited, which proudly announced in July that it had moved operations to the Republic of Estonia and its headquarters are now domiciled in the Northern European country.

This global movement is set to strengthen the company’s relationships after a tumultuous life at the hands of the country’s regulators — SEC, followed by CBN .

Patricia isn’t the only Nigerian crypto company to leave the country. Paga, one of the country’s largest payment companies, has been jumping ship for a long time, having abandoned Nigeria as the company’s principal administrative hub well before Patricia’s recent move.

The payments company recently relocated its headquarters to Mauritius, a small island nation off the coast of East Africa.

Paga’s CEO and co-founder, Tayo Oviosu, remarked that “the tax benefits of Mauritius can be achieved onshore in the UK or offshore in the UK, Netherlands, or Luxemburg” while stating – apparently out of displeasure – that he would never create a company again in Mauritius.

The tech sector in Nigeria has been plagued by a frustrating business environment, exacerbated by the government’s restricting policies as well as a slew of other issues.

Most of the tech firms in the country are quite small and still undergoing a lot of grooming. However, within the long list of contending issues, there are notably some lessons learnt so far.

Technology has the potential to completely transform the customer experience, but only if the company providing it is prepared to do so. Too many businesses become engrossed in experimenting with technology, forgetting why they launched businesses in the first place.

Companies, irrespective of their product, need to put their customers first as they establish their roadmap to success, with numerous failures along the way.

When someone else makes a mistake and learns from it, it is important that other tech enterprises do the same so they don’t waste time dealing with the same issues and can move on faster.

In addition to adapting to customer trends, surviving regulatory upheaval, and avoiding market upheavals, tech companies also need to show resiliency. Their capacity to spot strategy decay and redesign business models while freeing up resources for trials and intrapreneurship is the key to success.

Successful tech businesses have mastered the art of instilling a nonthreatening culture of invention inside the confines of a formal organization. They provide freedom for creatives but with limits.

As a result, they continue to attract the best individuals, who then go on to create fantastic products that generate revenue. 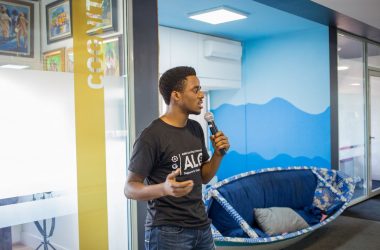 Chimdindu Aneke, a former Andela developer, has joined Facebook in London as a Developer and Startup Programs Manager.… 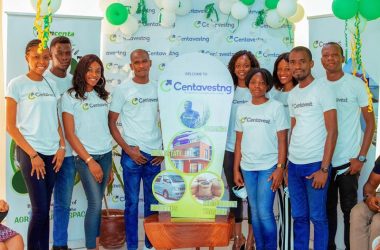 Analysts Forecast Bitcoin to Hit $100k in 2021, But is This Really a Good Time to Start Buying?

It’s hard to imagine that Bitcoin (BTC) cost just $800 5 years ago. Despite the cryptocurrency’s volatile trading…