2021 in Review: Spotlighting the 5 highest-grossing games of the year

The global gaming and e-sports industry revenue is expected to exceed $1 billion by the end of 2021 according to Newzoo’s 2021 Global Esports & Live Streaming Market Report. This represents a 14.5 per cent year-on-year growth rate from the $947.1 million generated in 2020.

The impressive growth trajectory did not come as a surprise to many gaming enthusiasts as online gaming communities have sprouted across the globe over the past 2 years.

The rising adoption of e-sports is a result of many factors, some of which are increased internet penetration across the world, increased adoption of remote lifestyle due to the global pandemic and flexible work schedules leading to the rise of online entertainment and virtual gaming.

Improved gaming engines and software consoles capable of producing near-real life graphics and gameplay is another important factor. It is predicted that the sports audience will grow to 434 million viewers this year and the streaming and gaming industry will grow to $3.5 billion by the end of 2025.

In 2021, many exciting games were released by the top publishers. However here are the top 5 grossing games released in 2021.

The first-person shooter game outperformed other games of 2021, selling 5 million copies in its first month of release. The game is set in the early 1980’s during the Cold War, taking place between Call of Duty: Black Ops released in 2010 and Black Ops II released in 2012.

It is centred around the pursuit of a Soviet spy, Perseus, whose goal is to subvert the United States and tilt the balance of power toward the Soviet Union. For the game campaign, the player uses Bell, a member of a multinational task force created to hunt down Perseus. Other than the campaign, players can battle online against friends in multiplayer mode.

Despite being released in November 2020, fans acquired loads of copies of the game helping it maintain its top spot as the top-grossing game of 2021 with over 5.7 million copies sold.

According to RepublicWorld.com, Call of Duty Black Ops Cold War generated $678 million in revenue and the Call of Duty franchise made s total revenue around $3 billion in 2020. The NPD Group named it as the best selling video game of 2020 and ranked it as the twentieth bestselling game in the United States by lifetime dollar sales.

The storyline features the birth of the special forces to face an emerging threat at the end of World War II. The game features different modes like the multiplayer mode that allows players to compete against one another and the zombie mode.

The zombie mode gained mixed reactions from critics who stated that it falls below the current level and the zombies lack imagination and innovation. The game has been able to sell over 4.5 million copies so far and is currently dominating the PS5 and PS4 PlayStation Store charts.

Released in August 2021, Madden NFL 22 is the perfect game for lovers of American football based on the National Football League. The game features single payer mode and multiplayer mode. It received mixed reviews from critics, some with praise for the attempts to improve game franchise mode but criticism at glitches and the lack of innovation in other parts of the game.

The game has racked up over 4 million copies and download purchases. This instalment of the Madden NFL series has been released on all next-gen gaming platforms including PC, PlayStation 4, PlayStation 5, Xbox One, Xbox Series X/S, and Google Stadia.

Released in April 2021, this game was the best-seller for the month and has recorded over 4 million players. The game received a massive spike in popularity and demand after the company announced the 2-way play (2-player game) feature.

The baseball game simulates a real game to the delight of baseball faithfuls. A new feature added in this edition is the ballpark creator feature, which gives players the ability to change ballpark dimensions, wall height, foul territory and other scenery options. This feature also allows players to share and download ballparks that other players have created online

The game recorded 2 million copies sold for PS4 consoles, according to NPD, where an extra 2 million were shifted towards the other consoles making MLB: The Show 21 the best-selling baseball game and Sony’s most lucrative title.

For lovers of horror gameplays, this is the perfect game. It has everything: an amazing backstory, a thrilling adventure, and most of all SUSPENSE that leaves you wanting to play more.

The game is set in a snowy explorable Eastern European village that is much larger and immersive than its predecessor. It’s a survival game therefore structures and buildings in the village can be climbed and used to fight enemies.

The game’s primary villains are werewolf-like Lycans, that are agile and intelligent. They can also wield weapons and attack in packs, forcing the player to be creative in their strategy on whether to utilize sparse ammunition, use melee combat, or simply run away. The game is more action-focused, with protagonist Ethan Winters now equipped with more combat skills due to military training.

Released in May 2021, the game successfully sold 4.5 Million Copies in its first two months. It was nominated for 5 awards at The Game Awards 2021 and won One. The game is currently available on PC, PlayStation 4, PlayStation 5, Xbox One, Xbox Series X/S, and Google Stadia. 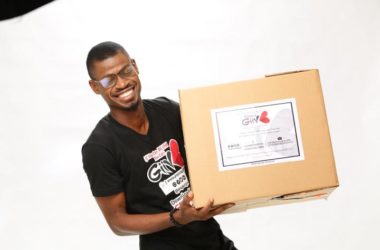 Olamide Jasanya's journey into the charity sector stemmed from the loss of his mother in December 2017... 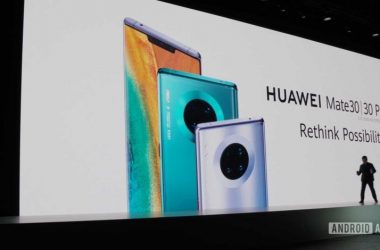 Huawei Launches its Flagship Products Mate 30, Mate 30 Pro with Google Apps Missing; What are the Risks?

Chinese smartphone maker, Huawei has launched its flagship smartphones, the Huawei Mate 30 and Mate 30 Pro. Like… 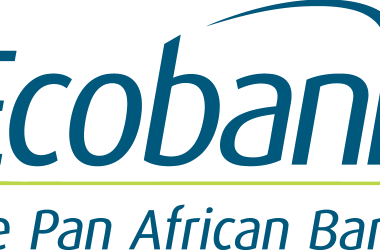