The term “metaverse” has existed for a long time, but few people knew what it meant until Facebook’s recent rebranding to Meta. That episode sparked a fresh surge of interest in the Metaverse and what it is about.

The metaverse is now all over the media, corporate news, memes, gaming platforms, and social media, and huge tech corporations are becoming interested in this virtual reality as well.

As a whole, the term “metaverse” is used to describe a virtual environment that exists beyond, on top of, or in addition to the actual world. This environment conjures up images of virtual existence that are nearly comparable to real reality.

The metaverse is to allow a greater overlap of our digital and physical lives in wealth, socialization, productivity, shopping, and entertainment. People can shop, attend meetings or parties, and so on in the metaverse.

Despite how fresh it seems, the metaverse already feels like it’s everywhere, and the word’s ubiquity is both a source of anxiety and a source of opportunity.

The rising interest in this virtual world represents a huge potential for several tech companies who see it as the internet’s future. Some of the global tech companies that officially announced their move to the metaverse in 2021 are

The technology company, Facebook, officially declared its intention to move into the virtual world of the metaverse in October when it changed its corporate name to Meta.

According to the company, the word “Facebook” does not reflect what the firm does, which points to different programs like Instagram and its virtual reality platform, Oculus.

The shift was intended to concentrate attention on the company’s work on the “metaverse,” a collection of augmented and virtual reality elements that it promises will be the future of social networking.

In one of its many moves toward an alternative world, before this announcement, the company had been extensively working on its virtual reality headset.

More than a year and a half after the global pandemic prompted people all over the world to flee their workplaces and learn to communicate online, Microsoft declared its intention to move towards the metaverse.

While being able to work from anywhere and communicate with colleagues over the internet is fantastic, distant meetings can feel impersonal, and employees can miss the tiny moments that help to create connections and careers.

The COVID-19-induced refrain had workers lose out on unexpected interactions, corridor catch-ups, and kitchen catch-ups. Workers became blind to the nonverbal communication emanating from across the conference room table.

To help workers deal with these disconnections, Microsoft announced a move towards the Metaverse and introduced its Mesh for Microsoft Teams that will be available in 2022.

Mesh for Teams is a mixed reality overlay that enables Teams users to interact in virtual locations, work with persistent 3D material, and access Teams via mixed reality glasses and VR headsets.

The software can be used with a smartphone, laptop, or virtual reality device and is based on Microsoft’s Mesh technology, which was initially demonstrated earlier this year.

Daily standup meetings for a team may be held in a virtual mesh for teams area with an interactive whiteboard, colour-coded tasks, and client photographs. Product prototypes might even be placed on a virtual table.

Of course, leading chip manufacturer Nvidia also has a strong interest in the metaverse concept working out. It’s been seeking growth opportunities that go beyond its roots in graphics cards for video games.

The big opportunity the metaverse possesses for the firm is artificial intelligence, which relies on its chips to handle increasingly demanding tasks, including helping users render the worlds.

Nvidia, which also has its own software platform, Omniverse, for creating virtual spaces, has had its capabilities strengthened by a move to a more visually intensive internet in the Metaverse.

The alternative world would need vast amounts of data and computers capable of manipulating it swiftly. This implies more computers with graphics and artificial intelligence processors, which Nvidia currently dominates.

The metaverse is currently an area that Nvidia is familiar with due to its impact on video game production. Every day, millions of gamers immerse themselves in realistic virtual worlds and share their experiences with strangers.

Nvidia’s products are significantly used in the computing behind these games, whether on personal PCs or on server farms. The metaverse possesses opportunities for a multibillion-dollar business not only for Nvidia, but also for PC manufacturers, gaming console manufacturers, and game publishers.

In one of its first steps toward moving to an alternate world in the metaverse, Jack Dorsey’s Square followed in the footsteps of Meta and rebranded its official name to Block.

The company had amassed a name for itself over the founding successes of the company’s various services, CashApp, Tidal, and TBD, plans to build on them.

A move to Metaverse would be a significant one for the company which has been progressively investing in the cryptocurrency sector. It also specifically said that a metaverse project will be launched, to include dealers, block parties with music, obstacles, and more.

The name change to ‘Block’ goes beyond any of its existing businesses and is a reference to the metaverse’s building blocks, which are fast gaining in popularity.

This virtual land has been sold for millions of dollars on various platforms, and well-known figures have begun to endorse it.

The blockchain powers exchanges in these virtual worlds, and bitcoin is the currency of choice. This puts Square at an advantage as it has existing investments in cryptocurrencies.

Anyone entering a virtual environment may buy or exchange nonfungible tokens, or NFTs, which are blockchain-based assets that are digital representations of real-world goods, including art, music, and even homes.

Block is becoming more volatile as the corporation goes toward cryptocurrencies and potentially the metaverse. While it continues to provide the same benefits as before, investors should be aware of the heightened risk.

Companies that have built a reputation for themselves across the world, from technological firms to sporting brands, are continuing to invest in Metaverse, which they view as the internet’s future.

Ecommerce giant Alibaba has also declared its move towards the metaverse and has launched a new Beijing-based firm called Yuanjing Shengsheng to “evaluate the gaming potential of the metaverse.”

The new company, founded with a capital of $1.6 million, will be primarily focused on software development. Alibaba is known for its e-commerce and technological initiatives but has disclosed its aspirations to develop a Metaverse where people may communicate and trade.

The Chinese government has issued a warning to internet businesses about the virtual world, stating that selling real estate in the Metaverse might lead to money laundering, fraud, and unlawful fundraising.

Despite the Chinese government’s concerns, major Chinese enterprises have followed in Alibaba’s footsteps. They include Tencent, NetEase, and Baidu. These companies have increased their work on Metaverse.

Alibaba went further and farther by trademarking many terms, including “Ali Metaverse.” 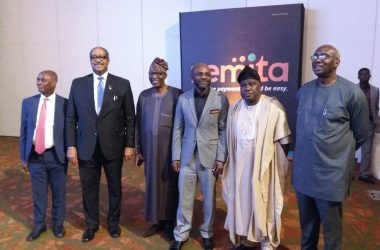 Relevance of Banking Apps Under Threat After SystemSpecs #RemitaAppLaunch 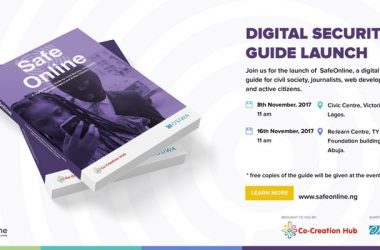 CcHub’s #SafeOnline Holds Today, You can Still Register to Attend! 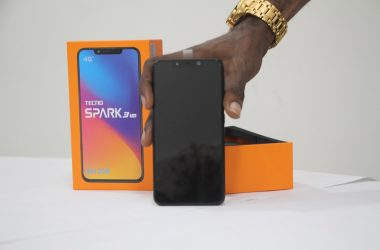 If you are an ardent fan of the Tecno Spark and a Spark Plus series, I am pleased to share with you to another piece by the mobile manufacturer.