Following the keynote address by the Minister of State for Budget Planning and National Planning, Prince Clem Agba titled; Innovation, Regulations and Aftermath, panellists at the Technext Coinference 2021 currently holding in Lagos have been dealing with crucial questions presented by guests in the audience.

The first panel was moderated by tech journalist and Africa reporter for Rest of World, Idris Abubakar. It also comprised some of the biggest players in the crypto and financial space in Nigeria like Uzoma Dozie, CEO of Sparkle, Dickson Nsofor, CEO of Kora, Austin Okere, Founder of CWG, Buchi Okoro, CEO of Quidax and several others.

During the Questions and Answers (QnA) sessions, members of the audience fielded very important questions and the expert panellists did justice to these questions. The first question is about the traceability and ability to track cryptos.

Owing to the popular thinking that crypto transactions are not traceable, users wanted to know the veracity behind that claim.

Buchi Okoro replied that Bitcoin is not anonymous. Bitcoin is pseudonymous.

“When you track patterns on ether scan and blockchain explorer you can actually see every transaction that’s happened on the blockchain up until the very first production of that bitcoin,” he says.

Is there a reward for people who use Bitcoin for its main purpose?

It was generally agreed that the purpose of cryptos is not exactly for investments and stock dealing, but to provide quick payments and facilitate cross-border trade. However, most people in Nigeria and Africa have adopted cryptos as a means of investment and making ends meet.

There was therefore the question of reward for those who have stayed true to the real purpose of cryptocurrency. Buchi, however, thinks Bitcoin rewards everybody based on the purpose for which they acquire and utilise it.

He shared a story about a customer who wanted to move money from Ghana to Nigeria. He was in Ghana and his family was in Nigeria and getting money to them that day was the difference between them going hungry and eating.

“It was in the night and a bank will never have done that for him. He used Bitcoin that day. Now if you ask that guy he might not say Bitcoin didn’t reward him because he didn’t hold Bitcoin. It depends on what your purpose is,” he said.

Identifying real players in the industry

While a lot of people are flocking to crypto as a means of making a honest living, there are however, loads of bad players in the industry who are only there to defraud others of their hard-earned coins.

Thus, a question arose about what can be put in place to identify real players in the industry? Founder and CEO of Sparkle, Uzoma Dozie responded that no matter how much effort was put in place, if there’s a weak point, it will be found out and exploited by bad players.

“In any financial system whether it’s physical or digital, that system is as strong as its weakest link. One of the things people are most scared of especially with regulation is that unlike these days, before money could steal 1 million from a system they would have to shoot a lot of people, force open a vault, all that stress just to steal 1 million naira when nowadays you can run away with N100m in a matter of seconds,” he said.

He noted that the good thing about cryptocurrency is also the bad thing. He said one could take $100m today, convert it to crypto and repatriate the same in two weeks to another country and the financial security institutions won’t be able to do anything about it.

Most of the conversations centred around regulations and what the future holds for the crypto space in Nigeria. Speaking on the future, Founder and CEO of Patricia, Hanu Fejiro Agbodje noted that the space has continued to thrive despite the lack of government assistance. He therefore wondered what could be if the government decides to give its backing.

“We have been succeeding in this industry with zero support. Imagine if we get support from the government. We can win and we will win as long as we continue to strive,” he said.

For indigenous blockchain startups restricted by local bias against local technology, the CEO advised them not to despair but instead to scale their solutions elsewhere. He noted that gold is gold and any sound solution will be appreciated everywhere.

“My personal mantra is that if something works, keep doing it until it stops working. The beauty of tech is that it is not restricted by geography. So if it isn’t appreciated in one place, it will be appreciated elsewhere,” he finished. 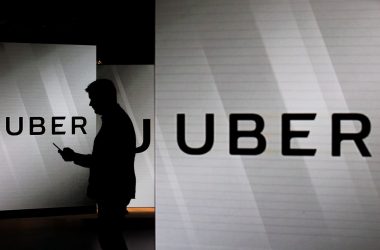 Global ride hailing company, Uber, has recorded a loss of $1.01 billion for the first quarter of 2019… 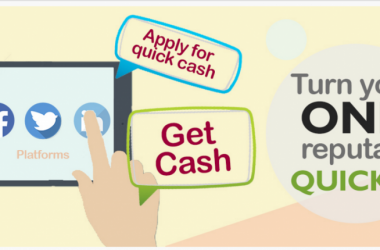 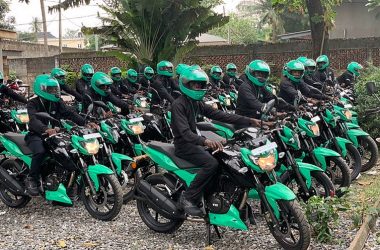 Gokada is Back and ‘Sexy’! People Online are Sharing Their Experiences with the Upgraded Bikes

Sometime in August, we reported that popular bike-hailing startup, Gokada, had announced it would temporarily shut down its…