Zone, a blockchain-based switch may be the solution to Africa’s cross-border payment challenges

David Afolayan
37
0
0
Zone is unique because it is the first platform on the African continent to connect legacy payment infrastructure using blockchain technology. ..
Blockchain-based switch, Zone may be solution to Africa’s cross-border payment challenges
Total
37
Shares
37
0
0

Payment has always been the lifeblood of trade. It was during the days of barter, down to the days of cowries/gold/salt, to cash and now electronic payments. The same is true for intra-African trade. The only difference is that Africa-wide trade covers countries with varying financial and monetary systems.

2 years ago, there was significant enthusiasm across the continent when 55 countries signed the  African Continental Free Trade Agreement (AfCFTA). Prior to this, doing business within the continent has been hellish. But, analysts say that this agreement has the potential to increase intra-African trade by 52.3%.

For the AfCFTA to properly grow the continent’s economic potential, it must sufficiently capture informal cross-border trade and include Africa’s largely offline population. There is a need for payment solutions that bridge the gap and make it easier for the majority of the citizens to transact across borders with much less difficulty.

As it stands, Africa’s budding Paytech sector boasts of a number of promising players when bridging geographic divides and providing payment options across the continent is the question. Recent significant funding rounds have enabled some fintech companies to expand across the continent. With these expansions, these companies are able to transfer their already acquired grasp of payments culture, infrastructure and policies in multiple countries to new countries.

For example, SeerBit operates in nine countries, including Tanzania, Kenya and Ghana. The same can be said for Flutterwave, Chippercash and Fawry. Understanding these markets places these Paytech startups in a better position to facilitate the integration of the diverse markets into an efficient payment system for fluid trade.

However, the multiplicity of licensing regimes for payment service providers, including banks, POS providers, integrators and remittances, is a potential hindrance for innovative trans-border payment services. This is a significant hurdle for businesses planning continent-wide expansion.

Some expert opinions hold that the most viable and efficient way to drive an intra-African trade Payment platform is to build it on government-sanctioned financial systems. Some others believe that blockchain technology, which underpins crypto and confers advantages like lower costs and faster transactions, could prove a game-changer if layered on top of government-sanctioned systems.

In fact, some African countries are already working to launch digital currencies leveraging blockchain; if interoperability is designed into these systems, they hold massive potential.

Interestingly, I found a platform that appears to be quietly solving this problem. The name is Zone. Developed by Appzone Switch, a subsidiary of Appzone Group, Zone forms the foundation of Appzone’s plans to build Africa’s first decentralized payment network which will allow inter-bank transactions to be processed directly between banks without the involvement of any intermediary.

I had a conversation with Uche Elendu, CEO of Appzone Switch on the exciting ideas and here are some excerpts:

Zone started out. as a P2P (peer to peer) product in 2018 with a pilot, just an internal rollout for use among colleagues and family members only. It was used mostly for payments- bills payments, recharge etc.

Zone is unique because it is the first platform on the African continent to connect legacy payment infrastructure using blockchain technology. According to Uche, the idea was derived from “creating something as seamless as Whatsapp for everybody”. But, his team faced a familiar challenge:

“We were using the existing traditional switches and we were seeing very high failure rates and transaction fees were very high. Also, as a result of the failures, it takes an average of 3-4 days to resolve unfulfilled transactions from the switch company. For a platform that supports just about 100 users, these challenges were a nightmare.”

The team realised that the transaction costs were higher than expected. The next challenge was that the existing infrastructure has been built for years and are not flexible enough to support innovations, hence the need to build a better one. The important thing for the team was building a platform that will ensure a complete end-to-end transaction.

“Our focus is to ensure that all parties involved see that transactions go straight, end-to-end and for all parties to see the finality of transactions end-to-end. Once we have been able to solve the issue of finality in a way that is clear to all users, we have eliminated the need to always resort to the switch platform at all instances of conflict.”

Asked about the reason why his team decided to build a blockchain platform, Uche told me that aside from the fact that blockchain is the future, it is centralised so “there is no one point of failure. It provides an end to finality and it is scalable”.

It is interesting to note that Zone is being used by existing financial institutions. The plan is to roll out to other financial tech platforms on a full scale in the next few months, Appzone Marketing Director, Francis told me.

“We set to work and developed a prototype. We signed up a few banks and deployed them on their test environment. First, we realised that transactions were a lot faster and we could guarantee finality. Both parties can tell if the transactions have been completed.”

Basically, Zone is similar to other switch platforms- i.e. Interswitch, NIBSS, TeamApt- in that it achieves the same end, facilitate seamless transactions. It only differs in one matter, which according to what I am told, is the end-to-end process that is powered by Blockchain.

Uche described it as “a decentralised payment structure built to enable intra-African financial transactions on a private network”. The goal is to make payments frictionless, cost-effective and instant. The team believes that to do this, it needs to first provide the infrastructure to key players that today acquire, aggregate and facilitate last-mile payments to function.

These include bank, fintech players and agent banking operators. This existing structure and user base have positioned Zone to be able to navigate the regulatory bottlenecks to a significant extent as the banks and other financial players on its network have a significant extent of compliance mechanisms.

Transactions will be peer-to-peer (P2P) on the network. This means that cross border exchange will be cheaper and faster. Then, the knotty issue of resolution will be easy as transactions can be tracked end-to-end without absolute reliance on a switch.

The possible biggest challenge Uche and his team may face is the possibility of having major key players on board. I asked how the team has been able to cope with the evident distrust of cryptocurrencies by regulators. Going by the fact that Zone is also built on blockchain, it may suffer an extended bias.

Uche told me that first, the perceptions about blockchain and digital currencies are changing. This is evident in the launch of a digital currency by the Central Bank of Nigeria and the news of a proposed launch by its Tanzanian counterpart.

According to him, Appzone Switch is already providing infrastructure for banks across different countries as well as helping Central Banks build blockchain platforms to power their transition to digital currencies. Hence, the company is strategically positioned to link currencies across the borders. He said:

“Ultimately, what we are doing is using digital currencies for cross-border settlement. We are not going to be doing Dollar-based exchange because that is what the Central Banks run away from in Africa. The real innovation here is creating digital African currencies that will be transacted on a blockchain-powered system that will allow all parties to track the transactions in real-time.”

One of the concerns for innovative products built by big corporates is the potential for survival. Often, the new ideas are unable to get the iterative culture and the nimble team they require to bootstrap. I asked Uche if Zone isn’t likely to suffer the same fate.

The CEO told me that the strategy at Appzone is to allow entrepreneurs to generate innovative ideas that they can own within the team rather than leave. So, the company has a sort of venture fund arrangement that allows it to invest in the new idea with minimal interference. He explains:

“So we have a sandbox to test. And, if the idea you have makes some sense, we can create a structure you will basically have your own team and it becomes a mini-startup with its own entity. That is what we have with Appzone Switch. It is a startup with it has its own leadership team and an independent entity.”

“The only thing that probably ties us with the main team is Monday meetings, where the larger team asks how we are doing. That is all”, he concludes. 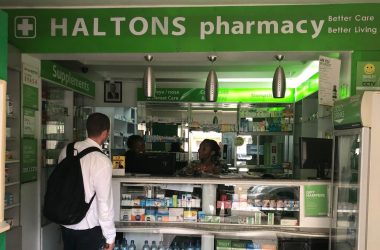 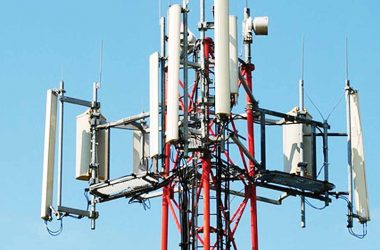 African Telecom Space in Review: The Gains, Challenges and what the Future Holds

For African telecom operators, the year 2020 was anything but “business as usual”. This is because the regular… 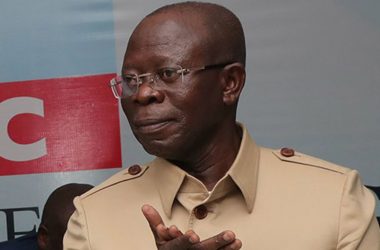 MTN, DSTV at Risk as APC National Chairman Calls for Nationalisation of SA Businesses in Response to Xenophobic Attacks

In the wake of recent xenophobic attacks on Nigerians and other foreigners living in South Africa, there have…