Hi guys! Hope you had a good week. Social media users experienced a mix of the good, bad and ugly this week. There is a lot to unpack so let’s get right into it.

During his show at the O2 arena, Wizkid attempted to lift Tems on stage. That effort plus the outcome sent social media into a frenzy. A media outlet reported news that a church launched a dating site, a 12-year old boy was allegedly killed by bullies in a high cost private secondary school in Lagos, sending adrenalin rushing everywhere.

Sit back and let’s take you through these stories one after the other.

Wizkid is currently on a London tour at the O2 Arena. And he brought along Tems, the singer whom he featured on his Billboard charting song, Essence. During the performance, he attempted to lift her on stage and she politely shrugged him off.

Social media users were quick to give different opinions ranging from allegations that the Star Boy was groping her to others just using the image as memes.

Tems has since asked everyone to back off Wizkid, insisting he’s human like everyone else and that she would always love him. Maybe now everybody can rest, abi?

This was the tweet that scattered social media. According to the site, a parish of the Redeemed Christian Church of God (RCCG), City of David launched a dating website. A visit to the website indicates that the dating platform connects adults in preparation for courtship and marriage.

There is no official announcement from the church yet as to the authenticity of the report but in the meantime, social media users reacted humorously to the news, calling it a site for ‘holy whocup’. No be us tok am o.

This is how you know Nigerians are smart. Biblical punchline.

Sylvester died from the injuries sustained and Perris claims that the school is covering it up by claiming he sustained the injuries during a football match. The Lagos state government has ordered the indefinite closure of the school for an investigation.

Social media users were enraged at the news and shared their opinions about the school and bullying in general.

Our thoughts are with the family of Sylvester Onoromoni and we hope they find justice and closure.

Football superstar, Lionel Andres Messi was crowned the best male player in the world when he was awarded the prestigious Ballon d’Or during the week in France. As expected, the announcement triggered an age-long rivalry between his fans and Ronaldo’s fans.

As usual, facts, stats and emotions were thrown around by both sets of fans, with Messi’s fans trying to justify the win while Ronaldo fans argued that he was undeserving of the award, even though many of them agreed their GOAT doesn’t deserve it this year.

There was another camp that believed that Bayern Munich and Poland’s Robert Lewandowski should have been the recipient of the award. They claimed that Messi ‘robbed’ Robert of the award.

I guess who deserves to be crowned the Best Player in the World depends on which camp you belong to. Congratulations to Lionel Messi.

That’s all we have for you this week. Have a happy weekend.

The only place you should be next week is at the #TechnextCoinference2021 and that’s factos. Now that you’re here, don’t forget to register to be a part of the largest crypto conference in Africa put together by Technext. Kindly follow this link for registration and more info. 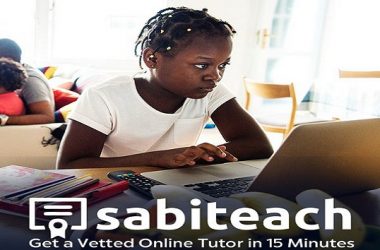 How SabiTeach Helps Locate Qualified Private Tutors Around Your Neighbourhood 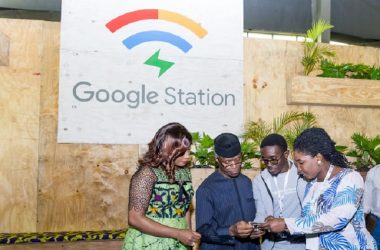 The second edition of the Google for Nigeria event was designed to bring together creators, innovators, business owners,… 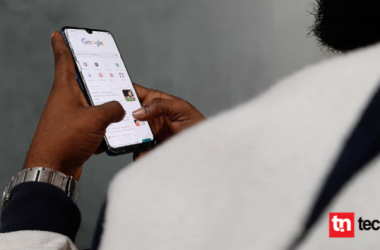 NCC Stats: MTN Now has More than 40% of Telephone Subscribers in Nigeria

After gaining more than 2.7 million subscribers in the month of June, MTN now has 40.17% of telephone…