E-hailing drivers in Nigeria have rejected Bolt’s car leasing plan that would see the company give out energy-efficient vehicles to 10,000 drivers in the country. According to the drivers, the vehicles are too expensive compared to the returns and the repayment plan might be too constricting.

Yesterday, Bolt, an Estonian mobility company with operations in Nigeria signed a deal with Metro Africa Express to enable Nigerian drivers to take part in a lease-to-own plan for 10,000 energy-efficient vehicles.

The agreement allows drivers from the ride-hailing firm to make down payments of as low as 5% on the vehicles valued at $20,000 each with a five-year payment plan. According to Guy-Bertrand Njoya, CEO of Metro Africa Express, the vehicles will be powered by electricity or gas and “will deliver significant reductions in carbon emissions.”

Femi Akin-Laguda, country manager of Bolt Nigeria said the MAX deal could potentially add another 10,000 drivers over the next five years. This would further solidify their position as Nigeria’s leading ride-hailing firm as they currently have about 35,000 drivers.

The cost of an average electric car is between $30,000- $50,000. This is roughly N8 million. A Bolt driver in Lagos said that the vehicles were not expensive but that the payment plan would hold him down for too long. He also said that it would be discouraging if the available charging stations were far between.

He listed insecurity, maintenance and poor infrastructure as concerns but paramount among the concerns is the cost at which the cars are being leased, considering the economic situation of the country.

The idea is welcome and appreciated but what are the modalities involved in paying back the money? N8m is not easy to gather in this economy.

He further mentioned the technicalities involved in the scheme. To get the vehicle, a driver must first make a payment of at least N400,000. According to the comrade, this is a large amount that drivers cannot readily have access to.

He also said the vehicles will be plunging the drivers into further debt to Bolt. He said they have to pay a 20% commission to the ride-hailing platform and then still pay for the car.

By the time a driver pays the commission and services the loan, what then is left for him to take home? How much does he even make per week?

However, according to Njoya, CEO of MAX, drivers of its vehicles are achieving “savings of 15% compared to existing alternatives.”

Comrade Ayoade is of the opinion that even if the scheme could be made to work, the commission received by Bolt has to be reduced to about 10%. Additionally, riders have to be prepared to pay more.

Nobody will carry a car of N8m to simply make N500 or thereabouts on rides.

Why e-hailing companies are leasing vehicles to drivers

Bolt is not the first major e-hailing company to offer vehicle leasing plans to its drivers in Nigeria as Uber has actually beat them to it. More than a year ago, Uber announced its partnership with Moove to provide current and prospective Uber drivers in Nigeria “access to vehicles by granting them instant access to owning a car.”

Just like now, the drivers also complained about the hire purchase schemes, claiming that Uber was trying to make drivers pay exorbitant sums for new vehicles through their partnership with Moove.

According to the drivers, Uber and Moove were trying to get them to obtain new cars worth N7.2 million on credit while putting them on a tight repayment schedule.

“They are working with Moove to supply us cars of N7.2 million to be paid in weekly instalments. Why will I buy a car for that much just for Uber business?” a driver told Technext.

However, a spokesperson for Moove told Technext that drivers were not being forced to purchase the vehicles. Perhaps, with Bolt, it will be that the scheme will be available to only interested parties.

But why are e-hailing companies trying to provide vehicle-leasing plans for their drivers even though the drivers are clearly averse to them? The answer lies in the Lagos state e-hailing regulation which provides among other things, that vehicles to be used for ride-hailing must be new.

According to the Lagos state regulation, taxi cabs must not be older than 3 years. The regulation also mandates that periodic inspections and maintenance be carried out on these vehicles. Thus, the e-hailing companies have taken it upon themselves to provide that.

However, these plans aren’t going down well with the drivers. They also raise some important points for consideration. For instance, Bolt is putting forward a five-year repayment plan while the Lagos state regulation says vehicles must not be more than 3 years old. So what happens to the repayment plan after the vehicle becomes too old to be used for e-hailing according to the law? 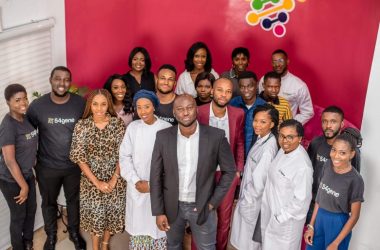 54gene, a Nigerian biotech startup, has raised $15 million in Series A funding. This round brings 54gene to… 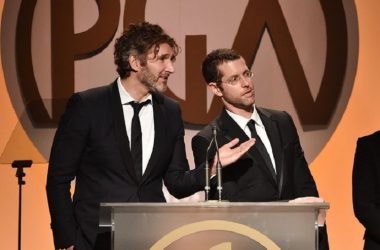 Regardless of the controversial finale to Game of Thrones, the record number of Emmys the series won gave them the opportunity to command such a high exclusive deal. 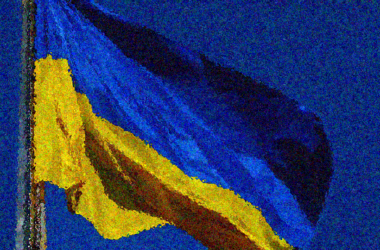 Ikonia, a Kyiv and Gothenburg-based digital platform, has announced that it will be selling 43,287,512 NFTs, one for…