The Central Bank of Nigeria, CBN, earlier in February, outlawed crypto trading and prohibited banks and other financial institutions from facilitating related payments.

This prohibition comes several months after the Apex bank initially warned Nigerians about the dangers of dealing in cryptocurrencies, stating that they were not legal tender and that investors were unprotected.

In the recent wake of events, commercial banks have begun to identify and shut down accounts suspected of having ties to cryptocurrency trading activities within the country.

According to reports, the new wave of account closures comes days after the financial regulator issued a Post-No-Debit Circular dated November 3, calling for the immediate closure of some accounts.

In the circular, the CBN had ordered the closure of accounts belonging to one company, TVS Hallmark Service Limited and two individuals, Nwaorgu Kingsley Chibuzor and Nnamdi Francis Okereke.

Several fintech firms have faced a similar fate in recent months, though this time it was because they were allegedly providing illegal asset management services.

This latest closure of bank accounts by commercial banks has bred a lot of scepticism and questions about the actual criteria banks use for the closure.

“Accounts receiving high daily inflows from a number of multiple payees from all over the country; Accounts receiving significant inflow and within the same period (daily/weekly), this is followed by an outflow to multiple beneficiaries”.

“Incoming transactions from many unrelated wallets in relatively small amounts (accumulation of funds) with subsequent transfer to another wallet; Transactions involving the use of multiple accounts, with no logical business explanation” amongst many others.

Other banks like Guaranty Trust Bank, First Bank, Zenith Bank, UBA, Providus Bank and Kuda have also trailed similar paths of accounts blocking in recent days. However, their criteria are not explicitly stated.

Financial money transactions that include crypto-related phrases and terminologies in their narrations are also red flags that banks propose for subsequent account closure.

Can people get their money back and how?

Depending on the banks and their proposed reasons for the closure of the accounts, some individuals who have had their accounts closed have been offered access to their money.

These individuals are required to provide supporting documents, which could vary from one bank to the next.

Some banks have mandated account owners to provide a statement of the purpose of the transactions in their account (with supporting documents).

They have also been reportedly asked to describe the relationship between them and the fund originators, the source of the cash inflows, and provide their line of business and recent regulatory ID cards.

The legitimacy of the recent waves of account closures by the central bank remains largely debated.

The Central Bank of Nigeria (CBN) had on August 17, closed accounts of some fintech companies such as Risevest Technologies and Bamboo Systems Technology Limited for 180 days over alleged forex infractions.

These companies had filed a legal challenge to the action, claiming that there was no evidence that they had engaged in illegal behaviour and that the CBN had failed to meet its burden of proof in support of its charges.

According to Taiwo O. Taiwo, a judge at the Federal High Court in Abuja, the CBN could not depend on a circular to freeze a company’s bank account

“I have perused the counter affidavit of the respondent and I see that the reason for freezing the account of the applicant is based on the alleged infraction of the circular of the CBN. The law is trite that any conduct that must be sanctioned must be expressly stated in a written law,”

He also added that the CBN failed to produce any legislation demonstrating that dealing in bitcoin is prohibited in Nigeria, according to the judgment.

Similarly, it remains unlawful for the CBN to restrict accounts of users for dealing in cryptocurrencies until it can secure a court order to that effect. A Lagos-based lawyer who refused to be named told Technext that a judicial precedent has been set in the Lagos High Court to that effect.

“The Lagos State High Court, on 13 August 2020, delivered a landmark decision in BLAID CONSTRUCTION LIMITED & ANOR. V. ACCESS BANK PLC. Basically, this is the decision that is saying that no bank, regulatory or security agency has the right to order the freezing or to freeze any account without an Order of Court,” he said.

Another lawyer condemned the actions of banks withholding funds after blocking the accounts, stating that the banks are not acting within the confines of the law.

“On the proof of how the money came about, I don’t think the banks are acting within the confines of the law. Sadly, there is no known case on this issue on cryptocurrency. I am consulting with a few other friends to see if there is an authority on that. But frankly, it is an emerging trend and only the directive by the CBN to banks is the relevant rule on the issue,” he stated.

Highly-placed Nigerians have called on CBN to lift the restrictions

Some highly placed Nigerians with solid financial and economic backgrounds have called on the CBN to lift its restrictions on the crypto space. According to them, cryptocurrencies are here to stay so it is better to work towards understanding them rather than proscription.

Nigeria’s Vice President Yemi Osinbajo, speaking at a recent CBN Bankers Committee Economic Summit, insisted on the robust regulation of cryptocurrency transactions in Nigeria rather than an outright ban. He tasked the CBN to ask with knowledge and not fear.

“Rather than adopt a policy that prohibits cryptocurrency operations in the Nigerian banking sector, we must act with knowledge and not fear and develop a robust regulatory regime that is thoughtful and knowledge-based.

“There is no question that blockchain technology generally and cryptocurrencies, in particular, will in the coming years challenge traditional banking, including Central banking, in ways that we cannot yet imagine. We need to be prepared for that seismic shift. And it may come sooner than later

Similarly, the CEO of the Nigeria Economic Summit Group (NESG), Laoye Jaiyeola, noted that cryptocurrency has come to stay. He said checking excesses in its transaction was a challenge that people were grappling with across the world and as such the CBN should carry out a comprehensive study on the workings of cryptocurrencies to check its excesses.

“Cryptocurrency transaction is a challenge that people grapple with all over the world. While we institute the ban, we should undertake a comprehensive study to understand how it works.

“We have been told that they can easily be deployed to fund criminal activities, but it has come to stay, and if we are going to allow it in future, we should start learning about it now,” he concluded.

The CBN governor, Godwin Emefiele however insists that the directive to prohibit crypto activities was not inimical to the development of technology-driven payment system in Nigeria.

“Cryptocurrency has no place in our monetary system at this time, and cryptocurrency transactions should not be carried out through the Nigerian banking system,’’ he said. 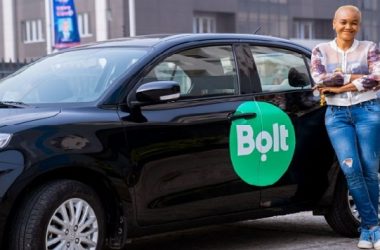 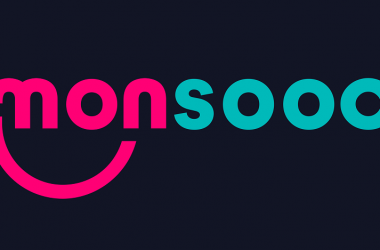 Mobile technology company, Mondia has today announced the launch of its Pay-As-You-Go streaming service, Monsooq in Nigeria. The… 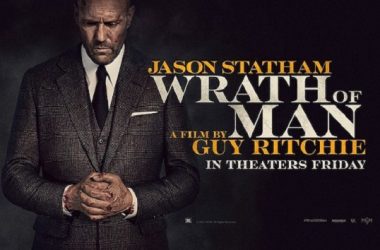 Hollywood literarily unleashed its wrath on Nigerian cinemas in May. According to recent stats by the Cinema Exhibitors…