Anger and backlash continue to trail the Nigerian Communications Commission’s (NCC) directive for Nigerians to submit the International Mobile Equipment Identity (IMEI) number for each phone that they use.

The directive is contained in the national identity policy for SIM card registration that was released on May 11, 2021. The unique numbers will be stored in a device management system that will be deployed by the NCC within three months.

According to the document which can be found here, “Device Management System (DMS) will serve as a repository for keeping records of all registered mobile phones’ International Mobile Equipment Identity (IMEI) and owners of such devices.”

The announcement has generated outrage among many people based on their deep distrust of the Nigerian federal government and especially the Minister of Communications and Digital Economy, Isa Pantami.

Popular human rights activist, Segun Awosanya, better known as Segalinks described it as an “overreach that must be resisted by all and sundry.”

A citizen, Ronald, tweeted that the IMEI registration is simply a means deployed by the FG to track citizens that disagree with its policies.

Another person, @Ayemojubar condemned the order on the grounds that the IMEI is her property and not something the FG can lay claim to.

Although in the revised Sim Card registration policy, the government says the IMEI is being collected to enhance national security and reduce the rate of kidnapping, comments on Twitter reveal a lack of trust in the FG’s claim.

Recall that Isa Pantami was the centre of widespread controversy just weeks ago in April when news circulated about his Salafi Jihadist opinions in support of al Qaeda, Boko Haram and other terrorist groups.

Nigerians took to Twitter to ask for the dismissal of the Minister amid concerns that personal details like NIN should not be put in charge of someone who held such pro-jihadist views in the past.

Pantami’s past has reared its ugly head again as reactions further show that he is a major reason why people are against submitting their IMEI numbers to the government.

As Nigerians continue to air their disapproval of this mandate by the NCC on Twitter, references are made to Section 37 of the 1999 constitution. It says that “The privacy of citizens, their homes, correspondence, telephone conversations and telegraphic communications is hereby guaranteed and protected.”

By virtue of this provision, details such as the IMEI which forms a part of the citizen’s privacy ought to be protected from misuse. However, it could be argued that the government is collecting the details in order to guarantee the protection of the citizens it is governing.

Nonetheless, 99 out of 100 reactions on social media are vehemently against submitting such a sensitive identifier to the present government of Africa’s most populous country. It remains to be seen if the NCC would pursue this directive to the bitter end. 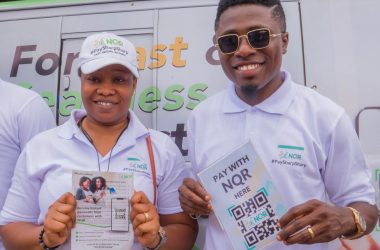 Since the NQR payment solution was introduced to the Nigerian market in March of this year, it has… 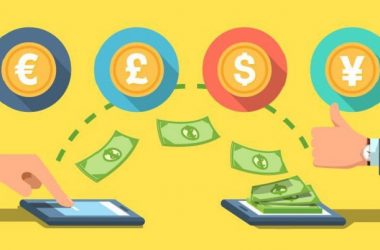 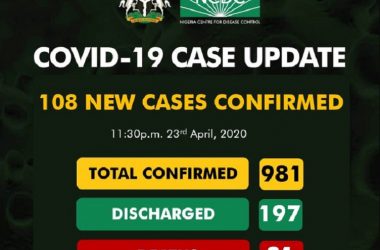 The Nigeria Centre for Disease Control (NCDC) has announced 108 new cases of Covid-19 in Nigeria, bringing the…