Dating apps used to be the rave for people looking for love. But the universe doesn’t always work as easy and as straightforward as we expect and a lot of people searching for love on love apps, end up hating those apps and maybe the people it brought their way.

There are several reasons why dating apps aren’t the ideal places to seek love. Chief among them is that almost nobody on dating apps is exactly who they say they are. This is aside from the fact that most dating apps have now been overrun by hustlers and oloshos peddling flesh and lust wey dey disguise as love.

And because love can be very abrupt and sometimes quite inexplicable and erratic, it finds us when we aren’t searching, where we least expect, and where we are very true to ourselves.

Forget what people say about virtual life not being real life, the line between both is increasingly becoming fainter each day. To many, that line no longer exists and they are at their realest when they are on social media. To several of that kind of people, love has found them. So, without further ado, let’s take a look at couples who found love on social media.

Pilot takes flight on the wings of love

When we say someone is on cloud 9, there’s no better personification of it than Arinze Odira, a Nigerian pilot who got there on the wings of love. Captain Arinze took to Twitter on November 3 2020 to announce that he was getting married to the love of his life, Chinasa, whom he met on the Bird App.

“I’m getting married to someone I met on this app,” the Able Captain said. “And my best man is going to be a great friend that I met on this app too,” he finished with the embers of love burning blue in his eyes.

New wifey, Chinasa too was feeling the mushy-mushy as she took to Twitter to explain exactly why she decided to marry the Captain. “He stole my heart so I’m taking his last name… I can’t wait to spend my forever with you, Capt. A,” she crooned, sending sweet shivers down many a spine.

This profession and confession of love left singles gasping for air and asking that inevitable question; God when? But Captain Arinze had one final advice for them. Instead of asking God when, better to take social media seriously.

“I’ve met really wonderful people on this app. It’s not just an app. It’s a community. It’s actually whatever you make of it,” he said.

Wahala for who no take social media seriously o.

Oluwatobiloba and Christopher were just two regular people, doing regular people stuff and minding their regular businesses. Then one day Christopher decided to something irregular like wishing a stranger a happy birthday. His excuse? It was also his mother’s birthday. Hah!

That has got to be the most endearing pick up line if ever there was one because it has HUSBAND MATERIAL written all over it. Well, Oluwatobiloba, obviously a wife material herself, fell for it. Their first official date was at a Nike Art Gallery. Immediately after that date, Tobi knew she was hooked for life.

Well, all that was four years ago and last November, the lovers bade singlehood goodbye and tied the nuptial knot in Ilaro, Ogun State.

“We met on Twitter. And we are ready to spend forever and a day after,” Tobi tweeted two days after the wedding leaving many people to start wondering if there are levels and past questions to these things.

But the truth is, there are no past questions just some past DM’s you were feeling too big to respond to. Please look well, your future partner might be in your DM.

Back in 2016 when Uche Blessing Gift pulled out her BlackBerry to post: “I know good men exist and I’d marry one someday”, it was probably the most intense form of wishful thinking. I mean, the ravishing beauty must have seen a lot of bad bad men (the world is full of them btw) to make such an exasperation post. But it was her truth nonetheless and today, she’s living it up!

Good men still exist and she met one called Ama Chukwuma, on Facebook. Their love blossomed to the extent that both were inseparable. It was the stuff of power couples and both Gift and Chukwuma were starring brilliantly in their own romantic realities.

On December 12, 2020, they decided to take things up a notch and said: “I do.” Three days later, after they must have both recovered from the euphoria and exhaustion of the wedding process, they both took to their Facebook to resound and resonate their love and commitment across social media.

“Forever with the absolute love of my life started on Saturday. I’m super excited!” Chukwuma said. But it was his asampete who set the space ablaze with the fires of her love.

“I got married to the good man,” she said. “I am so thankful for you. You aren’t just the man of my dreams—you’re the man beyond my wildest dreams.”

We pray the congratulations keep pouring in forever.

When love wants to happen, it must sha happen

When Baba Shindara’s wife approached him for the first time in his Facebook DM, Baba Shindara was legit forming Iron-Monkey. What he didn’t know then was that love can’t be ignored. Never. And when it happened, even he himself didn’t understand how.

“I initially tried to ignore her with a cold reply, but then I don’t know what happened – we just got talking!” he would later confess.

He also confessed his initial attraction was her backside but then we can all agree to put that behind. For now. Literally. Okay, Baba Shindara dated his wife for 6 months before deciding he couldn’t wait to be her husband. The way things moved very quickly and because they basically met and dated online made his father wonder if he hadn’t ordered a wife online same way he did practically everything else.

On October 15, 2020, they got married and Baba Shindara has been the better for it.

“This lady has taught me how to plan, how to have savings, I have learned a lot on how to organize things from her. I’ve experienced growth in character. I had some shifts in growth, personality growths and all. Enough to be thankful for,” he said.

Most importantly, his wife has given him the greatest gift of all, a bouncing baby girl whom they named Shindara Kore Adalynn. Walai, even me sef need to book wife online because wahala for who no order wife online o.

Aproko Doctor is arguably the most popular name on this list. The venerable physician, renowned for dropping nuggets of medical wisdom on Twitter, showed the world he was also a Doctor of Love when he wedded his sweetheart, Chiamaka in June 2020.

The lovebirds had met on Twitter and quickly took things to the DM. From the DM it got more personal as they migrated to WhatsApp and from there it was straight to the altar. And there was none happier than Doc on that lovely day in June.

“The day we wished for is here,” he tweeted. “It’s an honour to get married to Amaka. You’re priceless! I’ll love you from now till I stop breathing.”

His wife, Amaka is an expert chef. So for those of you wondering why Doc’s tummy seems to be growing rounder and rounder by the day, well, that’s what happens when you marry a chef. So learn from Aproko, social media is for business, pleasure and the other serious business. 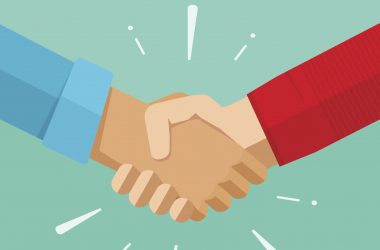 Thinking of a Possible Business Merger? Here are 5 Tips to Execute Successfully

BabyBliss, a Nigerian retail and eCommerce platform has merged with Kenya’s MumsVillage to form Bliss Group, a Pan-African… 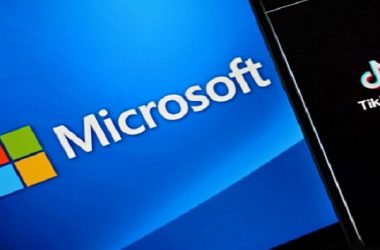 Hi Guys! It’s the end of another busy week. Many interesting things happened across the global tech space… 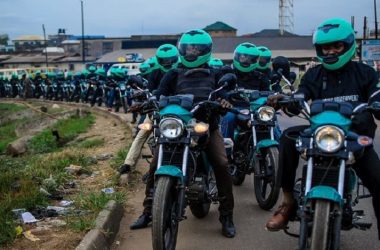 #StreetTech: What Do Regular Okada Riders Think of Gokada, ORide and other Bike Hailing Companies?

Motorcyclists, popularly known as okada riders, have been an integral and inevitable part of burgeoning cities across Nigeria.…