Analysts Forecast Bitcoin to Hit $100k in 2021, But is This Really a Good Time to Start Buying?

It’s hard to imagine that Bitcoin (BTC) cost just $800 5 years ago. Despite the cryptocurrency’s volatile trading history, it has surged to $40,000 for the first time this year.

It achieved this milestone after recording a remarkable rise in 2020 in spite of Pandemic, US-China tensions and Brexit. Its price rose from an all year-low of $4,748 in March to just below US$30,000 by the end of the year.

With the cryptocurrency doubling in value in less than a month, analysts and experts are projecting that the price could reach as high as $100,000 by mid-2021.

According to JPMorgan, Bitcoin’s 300% surge in 2020 could be replicated this year, with price rallying as high as $100,000 but warns that such a surge would be ‘unsustainable’.

BTC accounts for about two-thirds of the cryptocurrency market value, which is now beyond $1 trillion

Similarly, Estes predicts that Bitcoin could hit between $100,000 and $288,000 by end-2021. This is based on a model that utilizes the stock-to-flow ratio which measures the scarcity of commodities like gold. Citigroup analysts, on the other hand, suggests the price would be higher and reach as much as $318,000 by December 2021.

While some of these forecasts may seem too optimistic and sometimes made by parties that have “skin in the game”, the BTC trend itself can sometimes be surprising. For example, in March 2020 the prospect of the crypto reaching US$30,000 seemed impossible, but here we are.

Munachi Ogueke, Yellow Card Chief Business Officer (CBO) told Technext, that nobody can really forecast how high the price will go. He explained that while attaining such explosive prices is not impossible, Bitcoin is largely driven by demand and supply.

Is it too Late to Start Buying?

Bitcoin’s record-breaking rally has led to a surge in retail investors interest in the cryptocurrency market. However, the largest investors are from large-scale institutions such as pension schemes, university endowment funds and investment trusts.

The price index provides the average price across the leading global exchanges.

While the increasing price of the cryptocurrency isn’t a deterrent to the big players as long as it keeps rising. Other average investors who are new to the crypto space face the increased risk of losing much of their limited funds if the price falls after buying it at a high price.

This leaves many with the big decision of weighing the high risk of losing funds against the fear of missing out in the crypto boom. Looking at the history of BTC prices over the past five years, here are some highlights to consider when deciding to buy Bitcoins.

Bitcoin has had a volatile trading history since its creation in 2009. The first price hike occurred in 2013 when 1 coin rose to trade at around $1,124. Four years later, It experienced a meteoric rise that reached record highs of approximately $20,000 in late 2017.

This shows that Spikes are not new to the crypto as it has always responded to major events around the world.

Currency devaluation has been a major fuel for the adoption of BTC. As far back as 2016, the macroeconomic uncertainty that surrounded the devaluation of the Chinese Yaun created a positive investor mentality that raised the price of Bitcoin by roughly 56% from 1st January to 1st July.

The recent string of devaluation caused by the economic effect of the pandemic is no different. More people are trooping to Bitcoin to help them protect their fund from devaluation.

In the face of widespread devaluation, one event that generated significant effect to Bitcoin is the halving. The first halving happened in 2012 when the reward for mining 1 block was cut to 25 BTC from the original 50 BTC.

Since then, the halving has happened two more times. In 2016, when the reward reduction to 12.5 BTC catalysed the increase of the currency from about $700 to $20,000 during the year.

Miners compete to create blocks in the blockchain by verifying transactions, and every time a miner generates one of these blocks, it receives a reward.

Most recently, in 2020, the reward was reduced to 6.25 coins per block. With the halving coming just after a huge drop in Bitcoin price the immediate effect wasn’t as significant as previous years.

However, there was evidence of growth as trading hovered around the $9,000s after the halving and went on to just below US$30,000 by the end of the year.

Suggested read: How BTC Price Could be Affected by Facebook Libra’s Proposed Launch

The threat of governments regulating BTC has been a major factor affecting investor trust in the cryptocurrency. In some cases, regulation has caused a significant drop in the price of Bitcoin.

For example, in 2017 when the People’s Bank of China tightened its oversight of the country’s then-dominant Bitcoin exchanges, the volume of transactions dropped significantly.

Similarly, the U.S. Securities and Exchange Commission (SEC) rejection of the launch of a Bitcoin exchange-traded fund caused the market to drop by nearly 30% that day.

Recently, the Financial Crimes Enforcement Network proposed new regulations to make it much easier for the government to track Bitcoin transactions.

However, despite all the regulatory rumblings, the cryptocurrency’s price largely continues its upward trajectory.

In retrospect not all the regulation against BTC has been negative. Central banks in Russia, China and the EU are now embracing cryptocurrencies. Some are already working on central bank digital currencies (CBDCs) for their countries.

2020 isn’t the first time Bitcoin price pushed past each successive milestone with apparent ease. In May 2017, its price climbed above $2,000 for the first time and surpassed $3,000 just weeks later.

However, the price milestones recorded were often accompanied by subsequent turbulence, including a drop of $300 within one hour just a day after crossing the $3,000 line and a 30% drop after its close encounter with $20,000.

Simon Peters, Market Analyst at eToro, explained that the volatility of Bitcoin after gains is natural but the long-term trend is clear. He added that Crypto is moving into the mainstream, and more and more investors are adding exposure.

Investors fear of missing out

Since BTC climbed to an all-time high above US$38,000, crypto exchanges such as Coinbase and Binance have seen a spike in activity.

Similarly, online investment platform, eToro, revealed that it had 61% more unique Bitcoin holders on January 4 than it did a year earlier.

One reason for the massive price rise is that there has been a big influx of investors from big names such as billionaire investor, Paul Tudor Jones and insurance giants, MassMutual.

This was not the case during the 2017 rally. At the time, the cryptocurrency ecosystem was dominated by individual retail investors, attracted to Bitcoin’s scarcity and buying in “fear of missing out” (FOMO).

The evolution of Bitcoin into a global currency is a considerable upgrade from the days when it was used mainly as a method to purchase drugs on the dark web on Silk Road.

Many crypto investors describe the crypto as “digital gold,” a potential safe-haven asset and a hedge against inflation of fiat.

In terms of use, Bitcoin digital wallets, keys and exchanges are now easier to access and information about cryptocurrency is a lot more reliable. 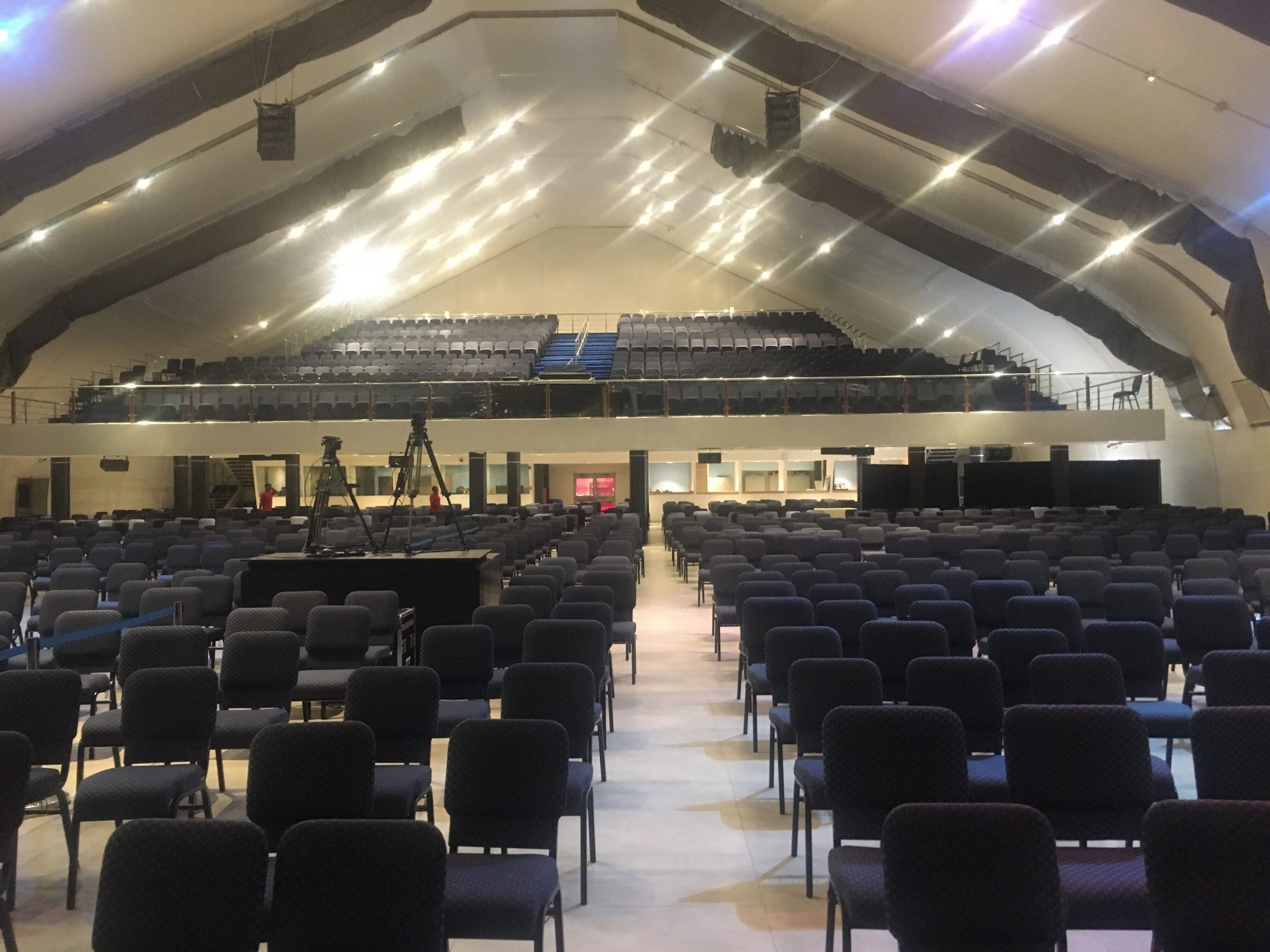 Tech Events this Week: Technext Coinference 2021 and many others

Hi there. Welcome to another new week. To help you make the week a truly productive one, we… 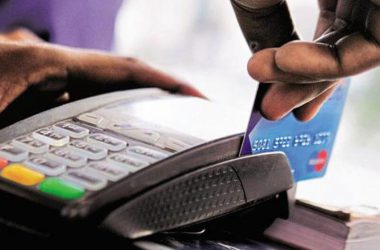 As businesses return back to their regular operations, the volume of transactions carried out using Point of Sale…