It’s finally that perfect time of the year to binge on Christmas movies with friends and family. Getting all the fun and all the positive reasons for the season is especially needed given the absolute madness that 2020 has been.

To make sure you enjoy this festive season, we have come up with 10 Christmas movies. The list contains all genres of movies depending on your Aphrodisiacs. So be it Christmas love, action or comedy, this list got you covered.

Curious? You can catch both Princess Switch movies on Netflix. The movie is rated 5.3 on IMDb and 64% Rotten Tomatoes.

The movie is available on Amazon and Itunes. It is rated 5.8 on IMDb and 41% Rotten Tomatoes.

The Christmas recipe isn’t complete without a good laugh. Bad Santa, is a movie that blesses you with an uproarious black comedy. In the film, Willie, a swindler dressed up as Santa, and his elf partner, Marcus try to rob a mall.

However, everything goes totally south when they befriend an eight-year-old boy. The movie is available on Amazon and Itunes. It is rated 7 on IMDb and 79% Rotten Tomatoes.

When the last-minute job of a congresswoman sends her to an Airforce base, Erica finds a cause that conflicts with her mission to the base. In the movie- Operation Christmas Drop, Capt. Andrew Jantz woos Erica with the beauty of the island base while trying to keep the Airbase Christmas drop tradition.

The movie is based on the real-life U.S. Air Force Operation Christmas Drop humanitarian mission and is available on Netflix. It is rated 5.8 on IMDb and 47% Rotten Tomatoes.

While You Were Sleeping

If your poison is complicated love and romance, While You Were Sleeping is the one for you. In the film, Sandra Bullock saves a man’s life on Christmas Day then, while he’s in a coma and falls in love with his brother.

The twist, however, is that the nurses think she is the fiancee of the brother in a coma. The movie is available on Amazon and Itunes. It is rated 6.7 on IMDb.

Related post: 5 Gadgets You Can get Your Loved Ones this Christmas Season

To find out if she succeeded, you can watch the movie on Netflix. It is rated 7 on IMDb and 88% Rotten Tomatoes.

Even Santa can go to jail. In the movie, Get Santa, – Santa ends up in prison after trying to rescue his reindeer from police lock-up. In an exciting rollercoaster of events, onetime getaway driver Steve Anderson gets paroled from prison just in time for Christmas. But a surprise even Santa couldn’t have predicted was waiting for him at home.

The movie is available on Netflix. It is rated 6.7 on IMDb and 79% Rotten Tomatoes.

Have you ever been single on Christmas? In the film – Holidate, Sloane and Jackson figure out a way to end the feeling of being single by dating on holidays.

They ended up being each other’s platonic plus-ones all year long, but things get weird when they catch real feelings for each other.

Want to know how their experiment turned out? Check it out on Netflix. It is rated 6.1 on IMDb and 44% Rotten Tomatoes.

How to Ruin Christmas – the wedding

If you are searching for something African for Christmas, Netflix’ latest movie, How to Ruin Christmas – the Wedding is a great choice. It has a mix of comedy, drama and cultural quirks of the South African Wedding season.

In the movie, Tumi tries to make things right after ruining what should have been her sister’s picture-perfect Christmas wedding. The movie is available on Netflix.

It’s not every day your dream becomes reality but there are sometimes the world surprises you. In the movie- Christmas Prince, Amber’s wishes came to pass when she’s sent abroad to get the scoop on a dashing prince who’s poised to be king.

The movie is filled with romance and comedy. Check it out on Netflix. It is rated 5.8 on IMDb and 73% Rotten Tomatoes.

So, there you have it 10 great movies you can enjoy watching this Christmas. 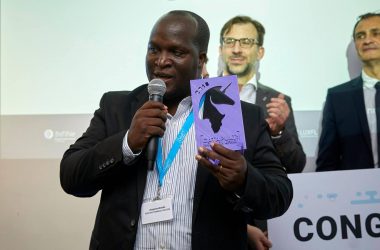 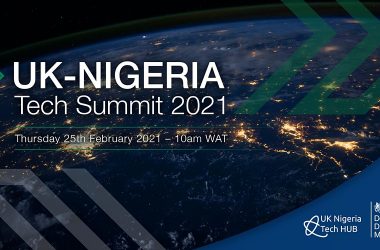 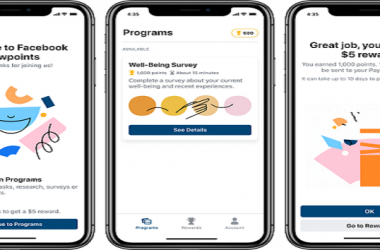 Facebook’s New Research App, Viewpoint Will Now Reward You for Using Your Data

Viewpoint is only available to people in the US who have Facebook accounts and will be expanding into more countries next year.