NCC’s NIN Registration Order: Why is This Such a Big Deal?

Last week, Nigeria’s telecommunications regulator, the Nigerian Communications Commission (NCC) issued a directive mandating all mobile network operators to deactivate all Subscriber Identity Module (SIM) cards which are not duly registered with the country’s National Identification Number (NIN) within the next two weeks.

As seen in a tweet by the Special Adviser to the President on New Media, Bashir Ahmed, the decision was the outcome of a meeting between the Minister of Communications and Digital Economy, Dr Isa Ali Pantami, key stakeholders in the communications sector and the management of the National Identity Management Commission (NIMC).

This follows an earlier order by the NCC directing all operators to suspend the sale and registration of new SIM cards pending the completion of a thorough audit of the Subscribers Registration Database.

Just that you know, this development has been long coming even though the order was sudden. In this article, I attempt to walk through the history of how we got here and answer the question of why now?

Sim Verification: How we got here

Just that you know, this is not the first attempt by the NCC. At inception, the NCC partnered with local identity management companies to register sim cardholders across the country.

Former Executive Vice Chairman of the commission, Dr Eugene Juwah justified the regulator-led registration approach by saying that the initial process led by mobile phone operators had been able to register only 12 million subscribers.

That process collapsed as NCC realised that these partners did not have the extensive coverage to pull off the project. The commission later pushed back the responsibility of registering sim holders to the operators.

What is evident is that the responsibility of getting the data of telecommunication service subscribers may have been put on the identity management companies since they have the primary contact with the users. However, it is neither their duty nor in their best interest.

In other climes, the security of lives and property of citizens, security data gathering and management are sole prerogatives of government and its agencies.

Telcos in the mix: Nothing to lose, much to lose

Recall that in August 2015, Nigeria’s biggest telco, MTN Nigeria was fined 1.04 trillion Naira for failing to deactivate more than 5 million unregistered SIM cards. The fine was eventually reduced to N330bn ($1.7m) after the company negotiated a reduced fine to clear its path to list its subsidiary on the Nigerian Stock Exchange.

MTN completed the fine payment in May 2019.

The huge fine was imposed after the NCC completed an audit of mobile operators to determine their level of compliance with the regulation on the registration of SIM cards. MTN’s instance is a clear case of being between the rock and the sea. The company will either lose 5 million (or more) customers or expend resources to get their data.

What was the impact of this reality?

Telecommunication companies oiled their machinery to capture as many users as possible. The game was in the numbers. Outlets, kiosk stands, agents and street hustles were used. Because number was the motivating factor, they were also rewarded for the numbers.

Hence, it was a common sight to see agents helping users fill out details, accepting unverified details, registering users in absentia and even selling pre-registered cards at a higher price.

It isn’t clear if the NCC had an efficient system for analysing and verifying the data collected by the telcos. What was evident was that criminals had access to functional sim cards without traceable users (remember Evans and his 8 telephone lines?).

Yet, for those sim cards, all the boxes were deemed ticked.

What is the big deal?

This would not have been a big deal if Nigeria isn’t experiencing the spate of kidnapping, terrorism, banditry and other cybercrimes. Security agencies are finding it increasingly difficult to trace the perpetrators and the government is under pressure.

The fact that individuals can get to buy preregistered sims or register sim cards with unverified details places a serious limit on the ability of security operatives to track and monitor their carriers.

As the case of Peter Eromosele shows, security agents often rely on tricking suspects to get them arrested.

This rarely works for experienced suspects (especially in the instance of kidnapping or armed robbery) because the actors have multiple lines and use designated ones for the operations only.

Where do we go from here?

The fundamental assumption for the NIN directive is that the NIN contains the correct (or most recent) data of citizens. That may not be the case.

The Nigerian government (indeed the minister of Communications) must realise that technology cannot be the silver bullet to solving all problems when the other real-life variables are seriously lacking.

The last census held in Nigeria was 14 years ago. That exercise involved house-to-house data gathering and verification. This a more reliable form of data collection especially in Nigeria where addressing is a major challenge. But, 14 years after, the data may not be reliable as deaths, birth, urban-rural migration, emigration and internal displacement have characterised the intervening period.

There is a need for consistent data revalidation and update on a national scale that the telcos can rely on. While this announcement may drive a lot of people to obtain their NIN numbers, it will not sufficiently address the identity crisis across the country. We need a deliberate and consistent plan that will provide a continuously reliable data for all.

We need to get all stakeholders to the table and get started now! 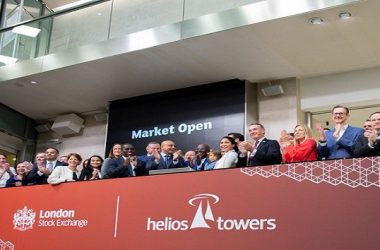 Helios Towers, a leading telecoms tower company in sub-Saharan Africa, has traded its shares without much change in… 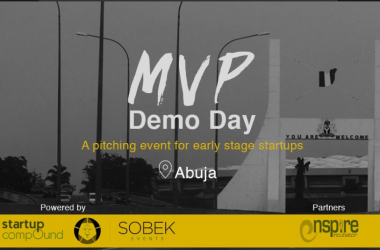 Are you an Early-Stage Startup? Get Ready to Pitch at the Startup Compound MVP Demo Day 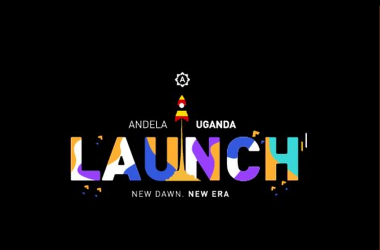 Andela, a tech training and placement company, has continued to lay its mark across Africa as it would…