The five winners of the NOGTECH Hackathon yesterday showcased their innovations at the final Demo Day event.

During the event, the startups live tested their software and hardware at demo stands to stakeholders and investors in the Oil & Gas Industry.

At the end of the screening phase, only 15 finalists were selected to proceed to a 3-day NOGTECH Hackathon which held in September 2020. Five startups – AirSynQ, Homefort Energy, Gricd Mote, Kiakia Gas and Fuel Intellisense emerged winners of the Hackathon.

They each got $10,000 grant and entered into a 3-month incubation programme where they leveraged on NCDMB’s support, mentorship, network access and resources to build their solutions.

During the demo day, each of the five startups showcased their innovations at a demo booth. They also presented their solutions, the progressed they have made and the plans for their startups.

Founded by Sadique Temitayo, AirSynQ is a startup that seeks to improve the quality of aerial surveillance systems in Nigeria. At the demo, the startup presented an aerial surveillance balloon which they claimed was capable of 2,160 hours of flight.

Sadique explained that the balloon was equip with electro optic camera’s, an automated data assessment software and real-time data placement at a height of about 3,000 metres.

The hardware cost about $35,000 while the software costs $3,000 monthly. The startup aims to tackle oil vandalism and reduce the more than N15 billion lost annually to fuel leakages and vandalism.

Gas360 by KiaKia Gas wants you to never run out of gas. With its new technology which was unveiled at the demo, GAS360 now has a solution that can tell you the level of your gas or if your gas is leaking all from the comfort of an app.

The gas cylinder at the demo looked similar to other gas cylinders but had an indicator light at the bottom. According to Ore Owolabi, the project lead, the tech that detects the gas level is embedded at the bottom of the gas. He added that the battery of the device can last up to 3 months without a recharge.

The startup is scheduled to launch officially in January next year.

Gricd Mote wants to help reduce the number of samples and goods damaged every year. The device which was unveiled at the demo helps protect whatever you are storing or moving by providing real-time information on storage conditions, temperature, humidity etc.

The Gricd Mote has a high precision humidity and temperature transmitter which ranges from +125 degrees to -40 degrees and a battery life of more than 30 days.

It also has an app and web app that makes it easy to monitor and proactively prevent damage in real-time. The startup is fully operational and was active during the COVID-19 pandemic.

Founded by Oluyemi Owosho, Homefort wants everyone to have access to cooking gas with its PAYG technology. During the demo, Oluyemi unvieled their custom gas cylinder which had a box in front of it.

The smart meter (hardware) which was integrated into the gas cylinder makes it possible for the company to provide gas to middle and low-income families with at low as N400.

Through the Homefront web app, users can monitor their gas usage as well as buy gas for as low as 150. The startup plans to launch officially in January next year.

Fuel Intellisense is a fuel management system that wants to help petroleum companies reduce theft in their fueling stations. With the proprietary technology which was unveiled at the demo, Fuel Intellisense would allow its clients to track fuel dispensing, optimize fuel usage and ensure compliance for automated fuel usage for cars.

The startups showcased two devices; one that had a box attached to a normal fuel nozzle and a long rod with a device affixed to its end. Each device has its use cases and is connected to the Fuel Intellisense software that allows clients to monitor the movement of fuel.

All 5 Startups presented their innovations with vigour and called for investors to fund their mission. Some emphasised on support and collaborations, especially from government parastatals.

Mr Abdulmalik Halilu, GM, Research and Statistics, NCDMB, in his comment, revealed that provisions are being made so that not just the five winners but every startup that participated in the hackathon will benefit from the incubation. 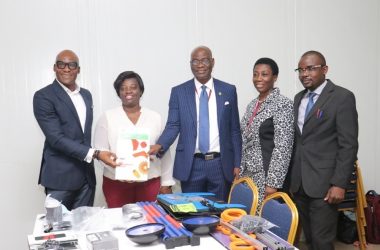 Coderina partners with Unilag to scale robotics and AI innovation

The University of Lagos has partnered with Coderina; one of Africa’s top EdTech not-for-profit organizations that leverage technology as… 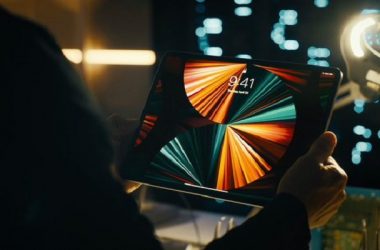 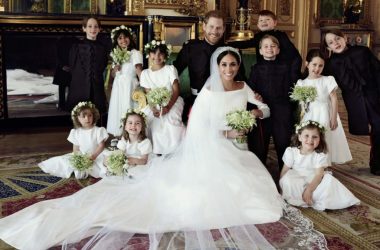 Social Media Roundup: Were you at the Royal Wedding?

Our weekly Social Media Roundup is your essential guide to trending stories in tech, sports, entertainment, politics, among…