Two Nigerian agritech startups, Releaf and Foodlocker, along with Kenya’s Mhogo Foods have emerged winners at the finals of the $120,000 African Development Bank (AfDB) AgriPitch Competition.

AgriPitch organisers had received over 2,500 applications and evaluated 605 proposals from 30 African countries. 25 finalists from across 12 countries were eventually shortlisted for the prize. After qualifying for a two-week business development boot camp, the top 9 startups selected pitched their solutions to a panel of judges and investors at a virtual event.

Femi Aiki’s Foodlocker won the $40,000 prize for mature startups while Ikenna Nzewi’s Releaf was awarded $20,000 as the winner of the early startup category. Among the women-empowered businesses, Elizabeth Gikebe’s Mhogo Foods received $20,000 in funding.

Here’s what you should know about the winners.

Founded by Femi Aiki in 2017, Foodlocker is an Ibadan-based e-commerce startup which supplies consumers with fresh foods and grocery sourced from local farmers and traders. The startup supports smallholder farmers with technologies for the production of foods such as tomatoes and chicken.

Foodlocker aggregates fresh agricultural produce from local farmers, pays them fairly and provides an online platform for customers to purchase these products at affordable prices. People can alternatively buy foods and groceries from its offline stores.

Now we can afford to buy more inputs. We can now afford to bring on board more experts in those value chains who can support smallholder farmers more remotely. That money will support the company to get results.

Using deep machine learning, Foodlocker forecasts the demand for consumer goods and speeds up the sale of farm-fresh foods through its web app.

In 2018, the agritech startup raised $30,000 seed capital from angel investors and won the $11,000 Data Analytics Award at the 2019 Pitch AgriHack Competition. It also secured a $40,000 seed funding from Founders Factory Africa in February this year.

Foodlocker says it realises up to ₦10 million in monthly revenue.

Releaf was founded in 2017 by Isaiah Udotong, Ikenna Nzewi and Uzoma Bailey Ayogu with the goal of using novel hardware to enhance the sale of quality raw agricultural produce and extend the supply chain of local farmers to food factories in Africa.

Starting out in Nigeria’s vegetable oil industry, the startup sources directly from smallholder farmers. It also operates logistics using its proprietary hardware to increase the availability of raw agricultural products for processing.

We are very confident about the work that we are doing to catalyze industrialization in food processing. It is excellent to see the African Development Bank with its High 5s focus – one of them being industrialization – to also be supporting us.

According to Releaf, it has equipped over 1,000 farmers to provide food factories with more than 7.5 million kg of quality crops in less than 18 months.

In 2017, the company raised $180,000 after joining Y-Combinator and last year secured $1.3 million in funding from angel investors including Eudaimonia Capital.

The startup optimises cassava products from rural farmers, reduce wastage and provide farmers with a fair deal for their produce to enable them have a sustainable income from their farms.

Mhogo secured a $2,500 grant after winning the impact Award at the 2020 GoGettaz Agripreneur competition. 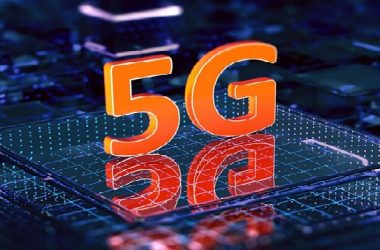 The Nigerian Communications Commission (NCC) has officially declared that the auction of the 3.5 Gigahertz (3.5 GHz) spectrum… 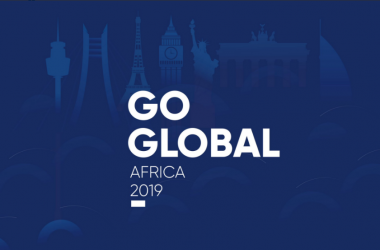