Why Bitcoin Price Crossed $16,000, its Highest Valuation in 3 years

This continues the strong performance and upward trend for the world’s flagship crypto in November – the month bitcoin has traded at 84% of its all-time high ($19,783).

Bitcoin’s recent price surge could be attributed to a number of key factors ranging from Joe Biden’s win at the American presidential poll to huge bitcoin investments by major global companies and the buying frenzy among individual users in the crypto community.

President-elect of the United States, Joe Biden was declared the winner of the 2020 U.S. presidential election after defeating incumbent President Donald Trump. His win has significantly spurred crypto investments in the U.S. – ranked the 6th country in the world with the highest crypto adoption rate, according to Chainalysis.

Although the incoming President has not categorically stated his position on cryptos, he had requested for donations to his presidential campaign via Bitcoin in July.

It is indeed very likely that many crypto proponents viewed that as a sort of endorsement from the President-elect whose campaign team featured Ryan Montoya and staunch bitcoin promoter, Andrew Yang.

Former Democratic Presidential candidate, Yang had proposed implementing a blockchain-based voting system if he was elected while Ryan was former CTO of the National Basketball Association’s most pro-crypto team, Sacramento Kings.

Trump had stated: “We have only one real currency in the USA, and it is stronger than ever, both dependable and reliable. It is by far the most dominant currency anywhere in the World, and it will always stay that way. It is called the United States Dollar!”

Microstrategy CEO, Michael Saylor recently disclosed that the software company had purchased almost half a billion dollars worth of bitcoin amounting to $425 million (38,250 BTC) in the last two months.

Bitcoin became Microstrategy’s main asset and the massive investment has now gained up to $180 million. Michael had explained that the company’s bitcoin investment was a part of its strategy to guard against possible fiat currency (US dollar) inflation.

Jack Dorsey‘s e-payments firm, Square also announced that it had spent $50 million to acquire 4,709 BTC in October. The announcement prompted an 8% rise in Bitcoin price to $11,300 from $10,500 within three days.

The combined $475 million bitcoin investment by Microstrategy and Square significantly increased bitcoin transaction volume and steered the bullish trend in the market price.

With about 88% of bitcoins already mined, individuals across the crypto community are rushing to purchase the world’s most valuable currency to avoid missing out on a prospective flourish.

This has played a part in propelling crypto users to buy more bitcoins at the moment, as bitcoin sales will drastically reduce as its supply dwindles.

Knowing that bitcoin owners will start to hoard as supply reduces, many crypto proponents are panic-buying before that eventuality. 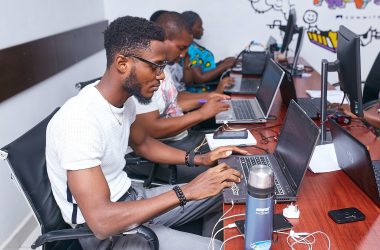 [email protected]: Nigerians have been more curious about love and money in the last 15 yrs

Over the last 15 years, the top concerns, worries, and needs for Nigerians have been focused around love,… 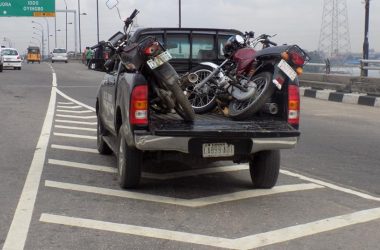 Gokada and Max.ng Make Case for Their Exemption from Lagos Ban, But Will it be Strong Enough? 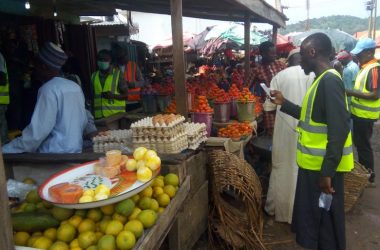 Meet Mobile Forms, a Nigerian Startup that Uses a Network of 100,000 Field Agents to Simplify data Collection Across Africa

Data collection using questionnaires is a pretty challenging task. First, you have to print and manually arrange the…