Movie Review: Òlòtūré is a Realistic and Sour Reflection of the Horrors of Prostitution and Trafficking

Prostitution, rape and human trafficking are not secrets even though they are issues the society often turn a blind eye to. Shrouded in the dark, the story of the victims of these horrors are often never told.

The film was inspired by a Premium Times investigative journalist, Tobore Ovuorie who went undercover in 2014 to expose the plight of trafficked women in the country.

The movie follows the life of Ehi, Peju, Venesa, Blessing and several young women trapped in a continuous, often deadly cycle of sex work in the streets of Lagos.

Among the ladies was an undercover journalist, Òlòturé (Sharon Ooja), who using the street name Ehi, was looking to expose the inner workings of a human trafficking ring.

Ehi showed determination and bravery as she navigated the dark world of Lagos. However, things become more real than she ever could have imagined as her undercover work sees her getting drugged and raped by Sir Philips, a big politician.

Òlòturé shows the dark and bitter side of prostitution. There is a lot of sex, skin as well as ugly scenes of sexual violence like rape and violence against women. In one such scene, Blessing an orphan trapped as a sex worker was badly beaten by her abusive pimp Chucks after he found out she wanted to leave.

The film written by Craig Freimond and Yinka Ogun and directed by Kenneth Gyang shows how sex workers are recruited and exploited overseas.

Suggested read: Mulan is an Expensive But Ordinary Movie with Good Moral Lessons

In the movie, Ehi’s roommate Peju introduces her to Alero (Omoni Oboli), a tough madam who promises to get them to Europe. Alero didn’t disappoint in her role. She stood tough and cruel against intimidating pimps, and also exhibited sympathy and softness that ensnares young ladies with a possible hope in an unfortunate situation.

After the rape, Ehi becomes more determined to expose the trafficking ring even after her boss Emeka (Blossom Chukwujekwu), the editor of the Scoop wanted to pull her out.

“This is no longer your story, it is now my story. And I will get to the end of it, with or without you.”

A major highlight of the movie was the trip to Europe. During the trip, the young ladies including Ehi were first lodged in a remote house where they were forced to participate in rituals meant to bind the woman to her trafficker. The ceremony was graphically illustrated with blood, pubic hair, and clothing items the main ingredients.

The final scenes showed the brutality and unflinching violence used by traffickers, as Peju was brutally killed after she was found to be calling her mother over the phone, an act which was prohibited.

After Peju’s death, Ehi and Beauty, Peju’s sister try to escape at the border. Beauty escapes but Ehi is knocked out cold and captured.

If I am to mention one major turn-off it will be that most of the supposedly dangerous and graphics scenes like the rape and the beatings looked more choreographed than real. Also, the performances of Emeka, the Scoop editor, and his scenes feel a bit stilted compared to the scenes involving the women.

That said, I would like to point that the music selections were great and Òlòturé did a great job with the acting. She was unafraid to get messy and emotional and raw. Without her, there is no weight to any of the plot points, no intrigue, no emotional impact in any of the scenes.

Netflix acquired distribution rights to the film in September 2020. Òlòturé is currently No 1 in Nigeria for Netflix

Suggested read: Project Power Teases You with 5 Mins of Superpower but Disappoints with a Boring Supervillan

Apart from prostitution and Trafficking, the movie also sheds light on several aspects of corruption and police sluggishness in the country. In the final act, when Emeka went to the police after Ehi reached out, the police confidently gave excuses that they were preoccupied even though the lives of young ladies were in danger.

Also, there is the part of the immigration officer collecting bribe to allow the lades to be trafficked out of the country. In many ways, the scenes depicted in the movie, Òlòturé reflects the reality of crime in the country.

In summary, Òlòturé is a devastating portrait of sex trafficking and an inescapable system so many girls and women are forced into. The movie gives voice to the painful reality of millions in Nigeria as it does not shy away from even the ugliest truths about this life and the fact that in most cases, like that of Ehi has no happy ending.

If you don’t watch ugly and gruesome content you may not be able to stomach Òlòturé. It’s not for the faint of heart. However, if you are curious about what the dark side of Lagos looks like I recommend it as a realistic yet sour depiction of the horrors that never see the light. 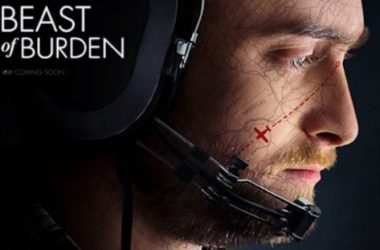 Movie Review: #Beast of Burden is a Burden no Audience Should Bear

Let me begin the review of the movie, beast of burden, by saying that actors must ensure that they… 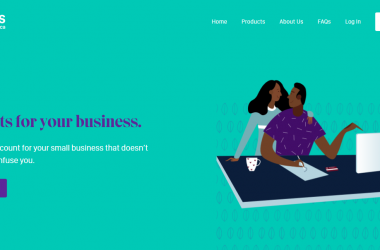 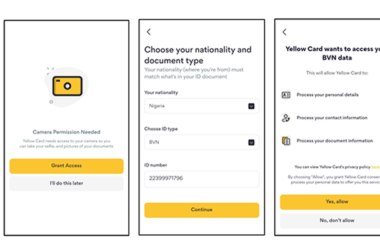 In February 2021, the Central Bank of Nigeria (CBN) issued a regulatory directive that placed the crypto industry…