Adopting locally developed technology as opposed to foreign tech is a highly debated topic in Nigeria. While the use of local technology is growing gradually, a significant majority are still of the opinion that most Nigerians prefer foreign technology.

In an Interview with TechNext, Babatunde Adegoke, the founder and CEO of Techwizard, a finalist in the recently concluded Lagos Smart Meter Hackathon shared his experience on the event and his take on the local tech industry.

Founded by Babatunde in August 2010, Techwizard is a tech company that provide technological solutions to individuals and organisations, electrical panels for companies.

Leveraging on knowledge and expertise on the team, Techwizard entered into the Lagos Smart Meter Hackathon. Speaking about the competition, the CEO explained that his main intention was not to win but to provide one more solution to the metering situation in the country. He added that the company wants Nigeria to catch up with other countries in terms of metering.

Techwizard applied under the Hardware category but Babatunde said that they actually wanted to apply for both category.

Even after the competition, Babatunde explained that the company is still working on its meter design. “It has a mobile app and our team of Hardware and Software engineers are working to produce a complete solution.”

Speaking on the features of its smart meter, Techwizard’s CEO explained that the device has a GPS tracking system to pinpoint faults or tampering. He also added that it has a dashboard on the mobile app to remotely monitor power usage and shut down the meter. It allows users to remotely recharge the meter from anywhere.

Among the participant’s of the hackathon, Techwizard’s design was one of the most affordable. According to Love Adeosun, Head of Research and Documentation, the meter costs as low as N5,000. In contrast, a meter cost above N40, 000.

“Removing the cost of labour, we were able to bring down the cost of the meter to as low as N5,000.”

He added that the smart meter is quite similar to the meters we currently use, it provides all the information the user needs as well as other uses.

Other uses include calculation of the amount of energy used and access to reliable data for Discos, according to NERC’s guidelines.

“From September 1st, Discos will be charging based on the number of hours spent instead of the location-based method it used before. The mobile app has been a feature that shows a breakdown of their consumption and how long they have had electricity for. This will allow users to calculate the amount being charged” Love said

The grand finale of the Lagos Smart Meter Hackathon held on September 18, with Team Zeena Platform and Power Bit Crunchers emerging winners. The winners will get 5-year partnership to work on a metering system that is low cost and deployable within Lagos state.

A team member for Techwizard, one of the finalist, commended the organisers of the competition. He expressed that the event was beyond his expectation.

The hackathon itself started on Wednesday, September 16. I would like to commend the organisers the event was way beyond our expectations. We had the opportunity to network with industry leaders like CEO of Mojek, MD of Eko Electric and Ikeja Electric.

Although the team did not win, Love expressed that the positive feedback the Judges gave was very helpful. He revealed that while the judges agreed that their design was very innovative, they added that it should have been more in touch with what is already in existence.

The reason being that what is already existing has been tested and trusted over time while new systems use new infrastructures. “We were bringing an electric vehicle into an economy that is still heavily dependent on fuel-based cars,” Love narrated.

The hackathon had two stages. The first was the presentation of technology to industry leaders and the second was the hardware test by metering engineers with specialized equipment.

Love explained that the governor’s idea to source for local talent to solve Nigeria’s problem is commendable. He added that the feedback from industry leaders on what is important in the metering space was informative. “We are leveraging on these resources to build a more robust system,” he said.

The power system in Nigeria is yet to be fully integrated with trending technologies globally. Although there’s a cadre system called supervisory controls and data acquisition system it is only applied in some part of the country.

If the industry players are yet to catch with the industry trends, how much more the customers. According to Love, the power industry have a long way to go in terms of metering.

“The Discos themselves are still lagging behind so I can’t definitively say when the industry will be ready for tech such as ours will be launched.”

However, Love explained that if we have more hackathons and more government investment into improving energy infrastructure then we can see changes in the 2 or 3 decades. “The more investment the industry sees will accelerate the improvement of metering.”

He also called for more public-private partnership. According to him, tech startups need investment to build technology that will fill the gap. “There is more innovation in the private institution while we have investment from the government.”

“Most time the issue is funding. It is often not readily available for tech startups. If the government can make funding available either through partnership or opening the industry up for foreign investment.” he added

Speaking on the adoption of local technology, Helen Anyaegbuna, Design and Hardware specialist at Techwizard explained that it’s not that the government isn’t doing anything but Nigerians just prefer importing things.

She added that there a perception by many that Nigerian products are not original. To remedy this Helen advised that the government shows faith by patronising Nigeria-made products instead of foreign ones. She explained that it will help encourage Nigerians to also buy.

She also pointed out that more hackathons and training like the Lagos Smart Meter will build young tech startups to grow and create better technology that Nigerians will be willing to choose.

Although Nigeria possesses most of the basic ingredients in making raw materials used in technology there are only a few factories that can turn it to raw materials like copper, aluminium.

Love explains that most electronics factories in Nigeria are assembly plants and not producing plants. This is because the factory and industries required to produce their materials are very high fund and human capital as it requires experts.

Helen believes that if the government can invest in production factories it will provide not only cheaper materials but also jobs. She added that all the materials used to make the smart meter was all sourced from local markets.

In Summary, Most tech startups owned by young Nigerians have folded up with many searching for greener pastures abroad. According to Babatunde, the government should provide more opportunities and encourage more startups who are into tech.

Love added the government as well as the average Nigerian need to support local products and businesses. 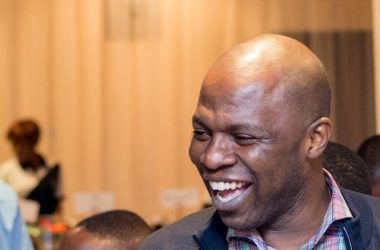 Weekly Roundup: OLX is the Next Casualty; Is Sim Shagaya a Hero or not?

This week, the Nigerian business community had to bear the news of the demise of another business enterprise,… 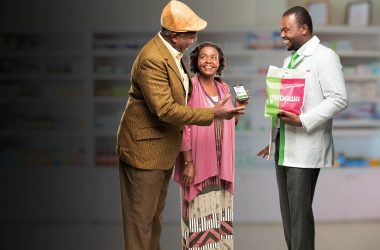 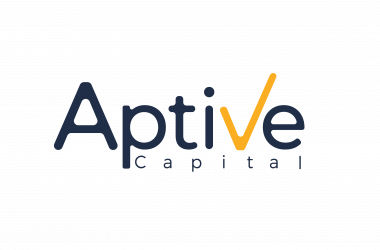 Early-Stage Startup Owner? You can Win $10,000 from Aptive Capital’s Fund. Here is How to Apply

Aptive Capital, an investment organisation that provides capital, coaching, and community for social impact-driven startups and entrepreneurs, is…