Home Blog African Countries are Embracing the Startup Act to Build Solid Ecosystems, Will Nigeria be Left Behind?
3 minute read

African Countries are Embracing the Startup Act to Build Solid Ecosystems, Will Nigeria be Left Behind?

Authorities in Rwanda are putting plans in place regarding the enactment of a Startup Act to push policy reforms that will support the advancement of startup businesses in the country. Should the Act be passed into law, Rwanda will become the third African country to execute such a bill, after Tunisia and Senegal.

More African countries are now working on the idea of implementing a Startup Act to foster the growth and sustain the viability of startup tech companies and other SMEs, as well as drive overall economic growth.

Pan African community, i4Policy, is at the heart of creating a working draft for Startup Acts in Africa and will be working together with the Rwandan government in its efforts to integrate the Act into its national policy. More than ten (10) other African countries including Ghana and Mali are reportedly teaming up with i4Policy to establish a Startup Act.

A Startup Act is an official bill that states government policies and regulations on startups and posits a series of changes to tax, immigration, and regulatory policies guiding their operations in the country.

Implementation of Startup Acts in Africa

In April 2018, the Tunisian Legislature passed into law the first Startup Act in Africa. The Tunisia Startup Act clearly outlined the country’s definition of a startup and set a maximum workforce limit. According to the Act, a company classified as a startup should not have existed for up to eight years or possess more than 100 employees.

It stated that startup founders had to own more than two-third of company shares and promised to grant more privileges to innovative tech-based startups.

The Startup Act in Tunisia included corporate and capital tax exemption benefits for startups, a maximum of one-year working leave for government and private employees as well as salary payments for up to three founders.

In December 2019, the Senegal Startup Act, containing recommendations for tax policies and financing incentives for startup stakeholders, was passed into law as part of its legal framework to promote digitisation of its economy. The law included a three-year exemption from minimum flat taxes and reduced registration fees for startups, among other benefits.

How Effective are Tunisian and Senegalese Startup Acts?

As of December 2019, 169 of more than 279 companies which applied under the Tunisia Startup Act had been granted the startup label. 37 (21.9%) of the 169 startups labelled were run by female founders. About $18.5 million funding has been raised by all the startups so far.

Data from the official website of Entrepreneurs of Tunisia (EOT) show that startup coworking spaces in Tunisia increased by 61.2% from 38 in 2018 to 62 in 2019. There was also a significant increase in the number of startup founders across the country plus increased funding from investors, due to the business-friendly terms the Startup Act offers.

Although the Senegal Startup Act was enacted in December last year, the results of its implementation cannot be fully ascertained as its policy plans were interrupted by the COVID-19 pandemic.

Making a Case For the Startup Act in Nigeria

The startup ecosystem in Nigeria remains one of the largest in Africa. There are over 250 organisations classified as startups in Nigeria, with more than 110 of them owned by Nigerians.

Recent government policies in Nigeria have, however, frozen out some promising startups in the country. For instance, earlier this year the Lagos state government banned bike-hailing in major areas of the state. The ban significantly stopped the operations of bike hailing startups like ORide, Max.ng and Gokada, which had investments jointly worth several millions of dollars in the e-hailing sector.

Another case was the Lagos government’s decision to impose 10% tax on Uber/Bolt commissions which caused an uproar among affected drivers.

However, in the present post-COVID-19 situation, there is a slim chance that a Startup Act will be passed into law in Nigeria.

As physical events around the world are canceled or postponed due to the COVID-19 pandemic, a number of… 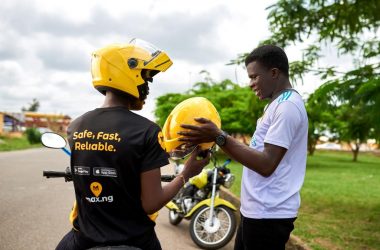 Lagos state has witnessed a massive rise in bike hailing startups in recent times, and it looks like… 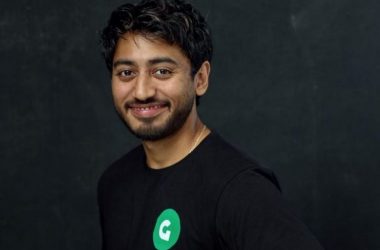 ‘We Haven’t Participated in Any Talks to Bring Bike-Hailing Back to Lagos’- Gokada CEO, Fahim Saleh