“Women Need to Speak up and be Heard. They Need to Claim their Spots at the Table”- Austin Okere Speaks on People Management in Tech

David Afolayan
1
0
0
This is also because the girl-child is burdened with the expectation that they are supposed to be perfect. So they grow up avoiding mistakes.
Total
1
Shares
1
0
0

This is the second of my interview series with African tech industry titan, Austin Okere which was published yesterday. You can read up his thoughts on Financing here.

This concluding part is a bit focuses on how Austin Okere was groomed and sustained a band of warriors in his firm in a space where getting talent-fit is a very big challenge.

He also gave a couple of fantastic thoughts on social inclusion and women empowerment. I hope you enjoy the read.

Q: For a very long time In the tech ecosystem, CWG was like the good to shop for talent in the ecosystem especially for foreign companies. How were you able to build that pool of talented people?

So let’s talk about the attraction. When we started CWG, we didn’t have the financial muscles. So, we really started with interns. In the early days of CWG, young people were given a lot of responsibility. We didn’t look at anybody as an IT or Youth corps member.

We also accepted that mistakes are part of learning so we encourage people to be creative and when they make mistakes we didn’t punish them but just make sure you don’t make the same mistake twice.

We also made sure that whatever we can learn from that mistake will be documented so it became like an intrinsic research company.  People were passionate to go to work because they are always looking forward to the new things they will do and the new ideas they will bring.

At that time, our vision was to shoulder the technology burden of the customer so that the customer can focus on its core business. It was all about Trust, Service excellence and Intimacy.  We call it candour because it is not every time things go the way you want them to go.

We also made sure that we created an academy which we called the CWG Academy. This was one of the ideas I had about institutionalizing young people empowerment and getting them to be ready to take up responsibility.

The Academy had web sessions, software and networking sessions as well. People joined that didn’t even read computer sciences. That did not matter because we hired for character and trained for competence.

At the end of 3 months at the Academy, we take the best 10% we absorb them and give some to our customers. So we had a pool of people that were ready to take up any challenge. So people also could not come to threaten us with leaving as a bargain for better pay.

Some OEMs even approached us to ask for our staff members and we allowed them to discuss their options transparently.

But people who have not even manufactured one single chip or written one single operating system are struggling for the crumbs that they were the first to do this or that. I think it is the wrong focus.

I think it is an individual choice. If you are a young entrepreneur and you see value in what you can learn from those that have gone before you to avoid the mistakes, speak to them and take their input.

For us at the Ausso Leadership Academy, we believe that the experience of those who have played their parts count. We bring them on stage as champions to share their experiences with the delegates. It is not for them to give you a blueprint but to say: “This is how we did it. These are pitfalls to avoid.

I think this generational competition is unhealthy and very distracting. The thing about a rat race is that even if you win you’re still a rat. So let’s stop the rat race and focus on how we can work together for the better.

Q: From your own experience what are one, two, three things you think stakeholders in the ecosystem need to take as urgent actions to change the trajectory of the space?

Yes, David, I think the first thing I will talk about is power, electricity.  I’m not talking about generators, I am talking about sustainable power. It could be solar or from the grid.  But power is basic and fundamental to the Ecosystem.

Maybe 5% of the children in Nigeria now go to school because the majority do not have broadband. This is since March and it is not likely that they are going to be opening the schools in September. That is a semester or an entire session lost.

It should not be exclusive to the cream of society.

In my view, it comes from the whole notion of the government trying to make money from the right of way. There is so much broadband on our Shores. The problem is the last mile connectivity.  If you tax the right-of-way, you are just taxing about 12% of the value.

On the other hand, if there is broadband, there is a resulting boom in e-commerce, education and businesses that you can tax.  That is the remaining 78% of the value. We do not have to eat our seed. Let us wait for the harvest

The third one is the relevant skills. Skills come from a proper education. You need to train the citizens to be able to learn, unlearn and relearn. It is one thing to show them how to fish rather than giving them fish.

Power, broadband and skill are all important.

Q: What are you working on for the future?

My new focus is all about shared prosperity. I believe that if we share prosperity, we will have a common culture of humanities. It is a common heritage and we should all have access to those things that makes us human.

What we shared at the Ausso Leadership Academy is shared prosperity, not just for businesses but shared prosperity even for the government. We have had some government officials join us. And the ALA alumni members are also going about empowering children that cannot afford an education at this time.

The statistics are not surprising. Because if you look at the VC and the PE companies, the women on the boards of those companies are maybe less than 10%.

And investment decisions are made at the Board level. These decisions are usually made on a consensus basis. So, imagine where the bias will sway. The perception out there is the reason not enough women are sitting on the other side of the table.

We give the money to the men to run the company. On the other side, we bring up our girls to become women. This is also because the girl-child is burdened with the expectation that they are supposed to be perfect. So they grow up avoiding mistakes. They don’t want to be embarrassed forgetting that mistakes are part of learning.

But, the entrepreneur is supposed to be adventurous.  If I want to learn a language, say German or French, I will make mistakes. People will laugh at me but that is part of learning.

So we need to correct that when the girl-child is growing. Allow her to play in the innovative space which involves risk and making mistakes. This way involving in risks becomes a way of life.

Then, women need to speak up and be heard. They need to claim their spots at the table. This way, they will be equitably represented.

Q: Thank you very much, sir, for your time.
Thank you, David.

A new week is upon us and we are hoping it would be a very productive one. This… 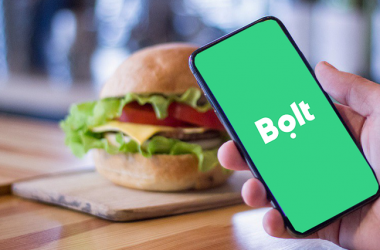 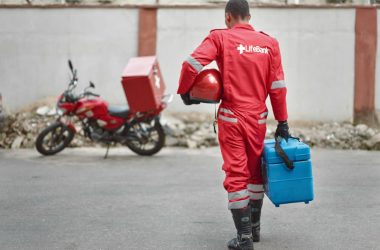