After more than 5 years of issuing unique identities to Nigerians through the National Identity Number (NIN) registration, over 150 million Nigerians are still without any form of identification.

This was revealed by The director-general of the National Identity Management Commission (NIMC), Aliyu Aziz, during a meeting with editors, where he discussed the agencies “Strategic Roadmap for ID Development”.

“Over 100 million Nigerians have no identity. These include the poorest and the most vulnerable groups, such as the marginalised – women and girls, the less-educated people, migrants, refugees, asylum seekers, stateless persons, people with disabilities and people living in rural and remote areas.

The NIMC boss added that only about 38% of the country’s population which he estimated was about 200 million had any form of identification.

Why Identification is Important?

Without identification, the millions of Nigerians classified by the NIMC as unregistered are not known to the government. This means the government has no record of their existence so they could miss out on specific services and privileges they should have benefited from the government as Nigerians.

Also, they may run into problems with security officers when they ask for identification, especially if they don’t have other forms of national identification like voters card or drivers licences. It could also be disastrous in a situation where they need help because no law enforcement agency will readily help someone without an identity.

Another problem is that they will not be able to travel out of the country as it’s now one of the compulsory requirements for the issuance of international passport.

After the launch, many Nigerians besieged NIMC enrolment centres to acquire the cards and get their NIN. However, the lack of resources to handle the large numbers flooding the centres became evident. Largely left unattended and sometimes asked to pay unbelievable sums by corrupt officials, Nigerians soon became frustrated and began to show less and less enthusiasm for the scheme.

Why Identity registration has been slow

As of September 2016, only 1% of Nigerians had been registered and issued NINs. This is largely attributed to the cumbersomeness and tediousness of the process. When the present DG took over as NIMC boss in November 2015 just about 7 million Nigerians were registered.

By November 2017, the number rose to about 24 million but the process of registration was still too slow especially when considering the country’s total population. After another two years, the number of registered rose to 36 million as the number of enrolment centres increased to about 1000.

Currently, only 41.5 million Nigerians have NIN, with millions more waiting to be registered. The painfully slow rate of registration is caused by several factors, below are some of them.

NIMC currently has about 1,000 enrollment centres across the country, this is very small compared to the about 200 million population the commission is supposed to service.

Aliyu while speaking with Punch said that every 50,000 people will need a centre. So with a population of 200 million, Nigeria will need at least 4,000 centres. The DG says the commission plans to have at least 10,000 enrolment centres.

However, the commission could also look at conducting outreaches to meet the unregistered folks in their communities as INEC does for its voters’ registration process. By going to the people they could effectively remove the cost of leasing or erecting new buildings as enrolment centres.

Demilade, a Nigerian who has registered for the NIN, told TechNext that when he registered he had to pay N200 for fuel. He added that those that did not pay were not attended to.

Like power supply, good internet is similarly important for NIN registration process. Although internet connections are generally poor in the country, the commission could get premium internet in their enrolment centres. This will quickly help them register the millions of Nigerians without identity.

Sadly, Nigerians have been made to pay for this inadequacy in enrolment centres across the country. Either they are been taxed for power and internet or they are been asked to come to with their own sources. This has largely made Nigerians largely ignore it.

According to law, the federal government funds the NIMC project. However, with the current economic situation in the country, the commission appears to be lacking funds.

Aliyu estimates that the commission will need about N132 billion to capture everybody in the country within the next 3 to 5 years. He added that the money will be used to fund the commission’s strategic roadmap and the birth of the ecosystem approach.

The NIMC Ecosystem approach aims to work with other government agencies and players in the private sector that collect data who will in-turn sort the data and send to the NIMC. The commission will then pay such organisations per successful enrolment.

The commission believes that the strategy will help it to reach its goal in 2025. According to the NIMC director-general, the commission had entered strategic partnerships with NAN, National Orientation Agency (NOA) and Nigerian Television Authority (NTA) to sensitise Nigerians on the importance of identity registration.

However, the more important partnership will be with agencies like INEC, Nigeria Inter-Bank Settlement System (NIBBS), and telecom operators who have an extensive database of Nigerians.

To push for widespread registration and enrolment, it is imperative that the NIMC pushes for collaboration. This is quite necessary because Nigerians don’t understand the importance of something until they see it.

In light of this, it is important to note that the NIMC is in collaboration with the NCC to make NIN a prerequisite for sim registration. In other words, during the sim registration process, NIN would be a priority requirement.

Also, the commission has partnered with JAMB to ensure that candidates without NIN are denied registration. This move is sure to drive registration among young people.

Beyond this also, the NIMC needs to embark on more technical partnerships, especially the ones that deal with data sharing with other government and private agencies. INEC, for instance, has a healthy pool of data and information on Nigerians.

The NCC also has access to data obtained from sim card registration and within the time frame NCC has to exploit such data, could arrange for such exchange with the NIMC. Another large pool of data is BVN obtainable from banks.

The downside to all of this is handling and how seriously the commission treats the issue of privacy. There is also the problem of corrupt officials who will see the rush for NIN as opportunities to extort frustrated and unsuspecting Nigerians.

Why distribution of National Identity Card is delayed?

Last year, a statement by NIMC Head of Corporate Communications, Mr Chika Ogbonna hinted that only about one million National e-ID Cards have been printed while over 400,000 have been issued to their owners across the country.

However, with over 30 million people registered, those figures are just too small. Engr. Aliyu explained that while the law says the first issuance of the card should be free, the economic situation makes it impossible for the commission to issue 36 million cards free.

He, however, added that about two million cards are being printed and that the commission was working on a roadmap that will allow it to engage the private sector to produce the cards. 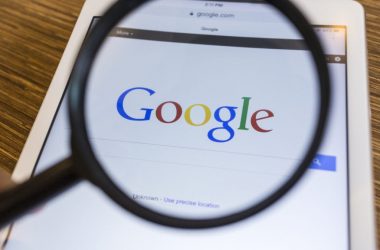 Google today announced a number of initiatives across Kenya, Nigeria and South Africa, bolstering its continued efforts to… 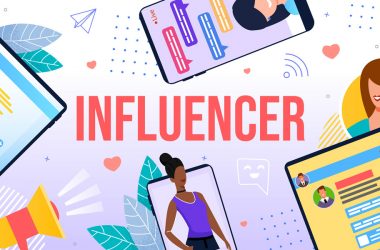 We are witnessing the rise of WhatsApp influencers in Africa

Sometimes, the influencer accounts are called WhatsApp TVs| Accounts can have over 11,000 viewers for each status post 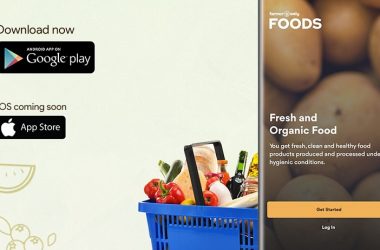 We Tried Farmcrowdy’s Online FoodStore, Farmcrowdy Foods and Here is How it Works!